Oh ok, nice. The Omega game was showing the lenna the lion video, but not anymore

Strange, don’t remember making that mistake.
Was it doing it on my website? Since the video link is being extracted from the Arduboy file that would be odd

Yeah, maybe my mistake. Probably was the next video that youtube suggested and I just saw it while closing tabs. That kind of mistakes will not happen with your automated system of uploading games

I am not sure to create a normal installer and uninstaller or leave it as is.

I have to agree with @zeduckmaster.
Personally I hate installers (especially ones that don’t tell you everything they’ve done (ike editing registry keys or dumping stuff in AppData).
Whenever possible I try to get a standalone excutable and its dependencies in a zip file (or gzip, or 7zip or tarball) so I can keep it all together and choose where to put it myself.

There might be some people that want an installer, but to be honest considering that working with the Arduboy requires a half-decent knowledge of computers I would suspect that most people here are techy people who would be perfectly happy to not have an installer.

A dynamically fully automated website like yours is the best way to go. Unfortunately i was under the impression the arduboy file format was being widely adopted since it will allow for a more robust system.
I believe the arduboy file is a concise way for a developer to package a game for deployment to a system that would allow easy viewing, searching, sorting and filtering.
I am now automating the creation of the arduboy files for my website.

Nice. It would be nice if you make that tool public

I’ve always been a fan of portable or “pendrive” apps I hate having to do the housework after using installers for some stuff,

Well, the file associations are not portable (they even require administrator rights), but the rest is and it seem setups are not that popular here so I am going to keep the current way the app works

I think the reason it’s not more widely adopted is more lack of awareness than anything else. The one problem with this website is that all the technical documents are littered throughout the forums rather than being in one central location. Even with tags available it’s not particularly well kept together.

That is why I made http://arduboy.ried.cl (this uploader is only a side-effect of the repo), the thing is without becoming official, no solution is going to be broadly adapted (for example some people do not want to have their games in my repo, and that is totally ok with me, but that prevents me for finishing my Collection of ALL the games… hence we are back to “no solution is going to be widely adapted”).

But I think @bateske is working on solving that already.

Valid point, There is no concise description on how to create a .arduboy file.

The website I am building will allow developers to control uploading their games is almost functional, it will also build and package the game into an Arduboy file for the developer and host it on the website. The developer will also have control of updating, editing and removing the file from the site if they wish. A user will be able to sort by release date, genre, developer and last updated with search capability.

You are right, I doubt any solution will be adopted by all unless it is official.

Sometimes things become official because they’re widely adopted. Your problem is that you have competition from other repos.

I suspect the one that will win is the one with the easiest use, best documentation and most open-sourceability (e.g. having a REST api so people can have different clients to access the repo). But I haven’t actually used any of them, so I have no idea which is best. I only know of existance of two or three.

I have uploaded a new version of my little program. Now it looks glorious in High DPI displays like the Surface. Also, I created a nice icon and a new installer:

Does someone has a Mac and wants to try to compile the source in MonoDevelop? I want to know what error does it give.

Avrdude is supposed to be “Known to run on all major POSIX-style operating systems”, so it ought to be able to work on mac.

In theory it should work after replacing avrdude, but some stuff has to be adapted, someone (Mac user) has to spend time fiddling around. 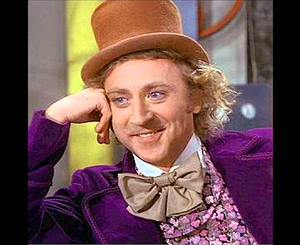 Should I take the meme to mean “I’d rather smash my foot with a shovel”?

Now, having Arduventure publicly available here Arduventure - 12th TEAM a.r.g. game it is easy to see how the uploader works with that special mode the game uses:

To install a new game over Arduventure

And, if you need to restore Arduventure:

I am bumping this old topic (mods: unbump it if is not ok) because I was checking that my uploader already got 8.5k+ downloads

which is very nice… not as nice compared to ~3k/monthly visits to https://community.arduboy.com/t/erieds-unofficial-repository but hey… I still think this is the smoothest way (1) on Windows to get games to the Arduboy.

Basically: I invite newbies to try it