So I have had my Arduboy for just over a week now.Worked fine,uploaded pico invaders then yesterday it’s dead.
At first I thought it just needed recharging but still nothing.
On it’s own there’s no sign of life at all.If I plug a usb into it I get the red light but no sign it’s connected to my pc-no ping and no sign in the device manager.I have tried various usb cables (about 6 including the one that came with it) with no success.
I noticed on the video about resetting that the red led blinks when reset is pressed-mine does not.

So anyone got any other ideas?
used three different computers with multiple usb leads.

Have you downloaded arduino drivers yet? Also, have you tried plugging it into a wall charger?

Have you tried putting your Arduboy into Flashlight mode? How To Use Flashlight Mode To Fix Bricked Arduboys

The main computer I tried this on is the one I used to put pico invaders onto the arduboy so I know the correct drivers are on the system.I tried charging overnight using a wall charger and the red led was still lit so no difference there.

I tried turning it on holding up on the dpad and also tried up/left and neither of those had any effect.

Check out this thread…

Yep been there.
In that video the red LED blinks when reset is pressed then the green LED is blinking while the sketch is being uploaded.On mine there is no blink on the red-infact there’s no sign that the reset has been pressed.I also read the thread describing how to plug the arduboy into the usb,wait 6 seconds press reset briefly and you should get a connection.Tried multiple time but no sign of life.

beginning to think mine is dead.

I have various bits of electronic gear so if I open mine up is there any test points I can try?

Try searching the forum for “circuit board”…? I’m out of ideas! Good luck though

New behaviour:
If I plug it into the front usb socket of my main PC the behaviour is as I have described above.
But if I plug into my USB3 hub that is not powered so it can’t charge devices the normal red LED at the bottom is lit but I also get a red flash from the LED at the left of the screen.Also if I hold up or up/left the LED to the left of the screen starts to flash white.Reset or anything else is still the same though:blank screen and PC can’t see my arduboy.

UPDATE:The damn thing just came alive.I have it plugged into my hub and was messing with holding up to see if I am getting a connection.Stopped messing with it for a while and suddenly it booted up:got the pico invaders screen.
I unplugged it from the usb and it went dead again.
UPDATE2:Found the arduboy on port 10.Managed to upload an example sketch to it.Still not working properly though-same blank screen.More testing.
BTW-Does it matter if it’s on or off to charge this? When I charged it overnight I think I left it switched on.Maybe it only charges properly when switched off and this could just be a flat battery???

Looking around I found this thread…
http://community.arduboy.com/t/arduboy-not-holding-a-charge/1228

I decided to open mine and found this:

Quick bit of soldering,a bit of tape and foam to hold the battery in place so the connection wouldn’t break again and all is good.
So if you have symptoms like mine-check the battery.

Thanks for walking us through this process! I hope thid helps some people!

That’s not good! Sorry that it happened @Lurch666, and thank you for being so diligent in trying out the different ways to get it back alive. The picture above has been noted for future QC purposes. Glad that you managed to get it soldered!

Just had a thought.If anyone else has this problem but doesn’t solder I was thinking maybe they could use copper tape.It’s a sticky copper strip that conducts electricity.Dunno if it would provide a good enough connection but if you don’t solder it’s a possible alternative.

This kind of failure is tough because the location of the break is between the solder tab and the actual lead coming out of the battery.

The battery lead is made of a kind of metal that cannot be soldered to, which is why it is laser welded to the solder tab. You can make a temporary kind of mechanical connection but this kind of failure… is pretty much toast.

If you run into this issue please let us know at www.arduboy.com/contact. Depending on your situation we can try to help in some way.

WARNING: This kind of damage can be caused by folding up the battery too many times. As few as 5 or 10 bends can sometimes break the metal connection.

Copper tape is not made to supply current. So this won’t be a solution.

Copper tape is not made to supply current.

It’s probably going to work just fine but nothing will really provide a permanent solution except replacing the battery. If this happens let us know, we can try to help get it fixed but right now we can’t ship the batteries by themselves.

Whoa if it involves soldering I’m going to reinforce mine!! 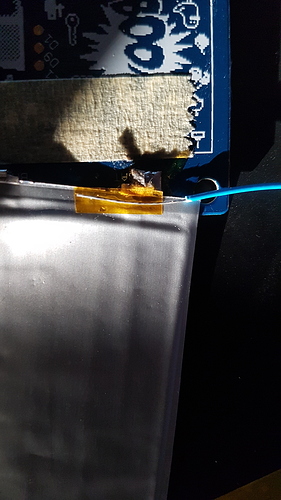 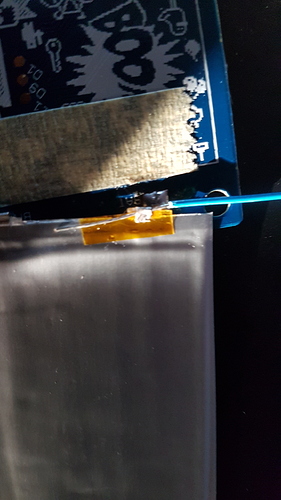 Folded the tag over the wire. 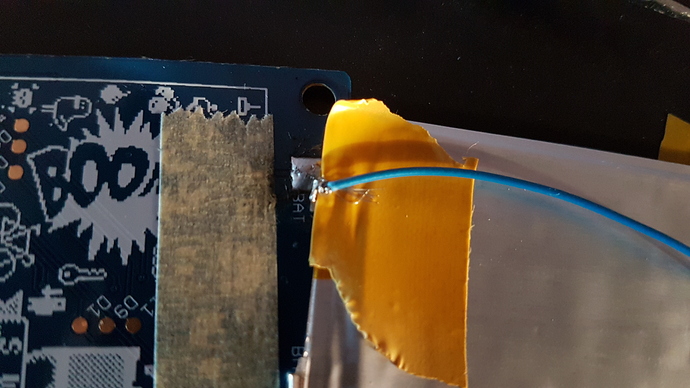 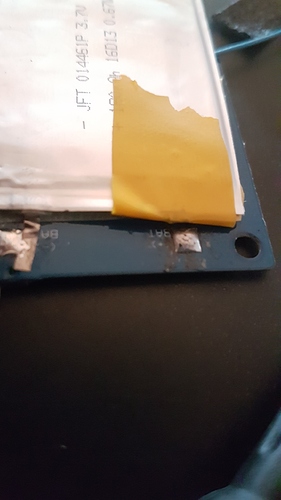 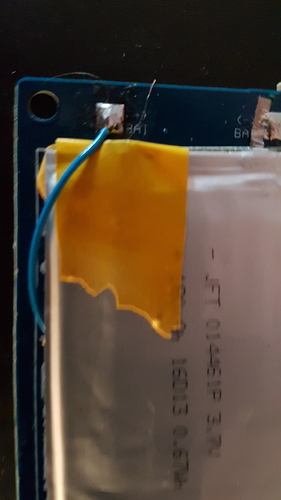 Then soldered the other end of the wire to the terminal. 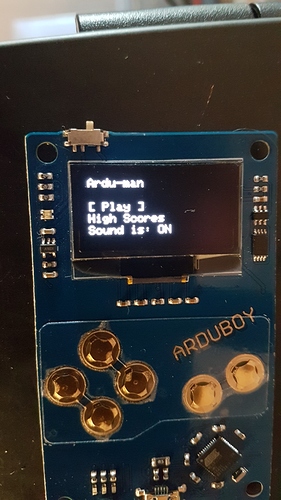 It lives again.
Will see how long this lasts.Hoping it’s a permanent fix.

Lol what a trooper. If this dies again just let us know I’m sure we can help you out. Let us know with the contact page www.arduboy.com/contact