Hey everyone!
I put together a little game I like to call “Oh, You’re Gunna Die” (or O.Y.G.D)…
I guess you could say it’s one of those ‘quick death addictive’ kind of games.

It’s somewhat like Bomberman in a way, but with a few twists:

Here’s the source (for now, until I get around to making the git repo public): 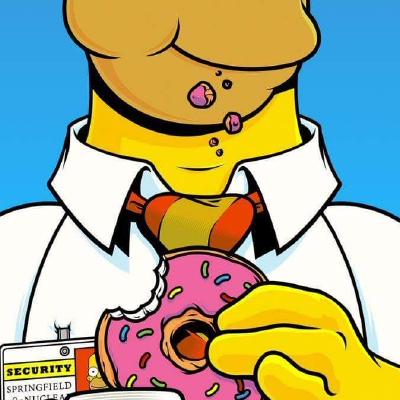 Oh, You're Gunna Die. Contribute to gdmcvittie/O.Y.G.D development by creating an account on GitHub.

OH! before I forget, you’ll need the Arduboy2 library… or, if/when it gets put up on the Arduboy Manager app, install it that way easily

@crait someone is calling you

Told you I liked the game

Also promised some tips. Not coding tips, but gameplay tips.

good suggestions! will implement for next round

It’s really hard to control and the hitboxes seem weird. I keep dying. Speaking of dying, sometimes when you spawn, the space you spawn at can kill you if a spike happens to spawn there, too.

Other than that, I have it uploaded to my Arduboy Manager.

Hahahah - It’s supppppoooosed to kill you easily… With some practice you get better. I can get up to level 16

But yes, occasionally the respawn happens when a baddie is in the same spot and it’s insta-death, but meh. I DID only spend like 2 hours on it hahahaha

Oh, spikes will never spawn where you respawn, only baddies can if they are passing through the respawn spot

I’ll fix that for next version

made some more updates, sort of a big deal

On title screen, press B to change game mode between baby/easy/hard/key, and press A to toggle sound. Press any D-Pad button to begin the game

and it’ll probably get pushed to the Arduboy Manager as well (https://raw.githubusercontent.com/gdmcvittie/O.Y.G.D/master/O.Y.G.D.ino.arduino_leonardo.hex)

here’s a new video (made a link this time, looks like the forum doesn’t like the video directly in a post or something) - bear with my crappy playing, i’m playing through the viewfinder haha:
video preview