THIS TUTORIAL IS OUT OF DATE! Please check out the UPDATED version, here: Make Your Own Arduboy Game: Part 3 - Storing Data & Loops

This is Part 3 in a series on learning how to program your own Arduboy game. If you have skipped the previous parts, please read over Part 1 and Part 2.

Computers work a lot with calculations and data. To make most video games, you’re going to need to be able to store data, like high scores, or player location, or lives remaining. In order to remember data, a computer must set aside some memory to put that data into. Then, the computer can be told to change the data stored there. 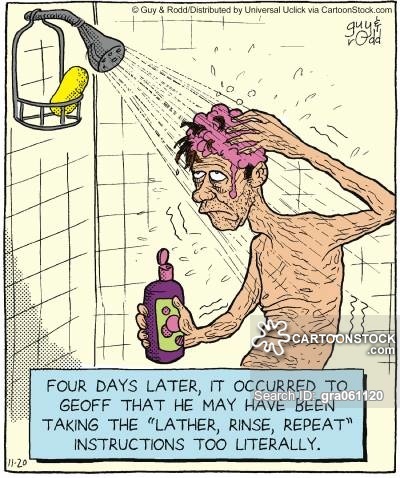 Remember how I said that computers have to be given specific instructions? Ever notice how the back of shampoo bottles say to 1. Lather, 2. Rinse, 3. Repeat? If a computer were given those instructions, they would be stuck in an infinite loop of lathering, rinsing, and repeating. In programming, having instructions repeat in a loop can be very useful. I’ll show you how to use the loop() function to do this.

In this program, we’re going to make the Arduboy keep track of a number and display it to you as it is increased.

Let’s do it! Grab the code from the previous tutorial so that we can build off of it:

Whenever you create a variable, you have to initialize it, which is setting aside memory for the data and giving it a name. You’ve already done this but didn’t realize it. Check out the Arduboy arduboy; line. You initialized an object called arduboy. Objects are a lil’ more complex than I want to get into during this tutorial, but there are different kinds of variables that you can initialize. Here are some: Integers, booleans, characters, objects, doubles, and many more.

We’ll initialize our number that’s going to increase as an integer. This basically means that it’s a whole number, without fractions. Integers will appear as int inside of C++ code.

To initialize a variable, you must put 3 things: The type of variable, the name of the variable, then a semi-colon. Let’s call our variable counter. Here’s the code: int counter; Put it under the Arduboy arduboy; line.

Whenever you create a variable, you can give it a value. This is called assignment. We don’t know what counter's value is because we never gave it one.

Let’s clean up the code by removing the arduboy.print(); and arduboy.display() functions from setup(). Instead, let’s put the assignment there:

This line of code is saying that counter's value is now equal to 0. Instead of 0, you could put another number, a mathematical formula, or some other things that I’ll explain below.

If you were to run this code as it is, now, then the Arduboy’s screen would fill up with numbers. If we’re going to print something new, we need to be sure to erase what was previously on the screen. We need to add in arduboy.clear(); at the beginning of loop() and arduboy.display(); at the end to display the updated screen.

I’ve added in some comments, but your code should look like the following:

Connect your Arduboy to your computer and upload this code to it. Your Arduboy should start counting up! 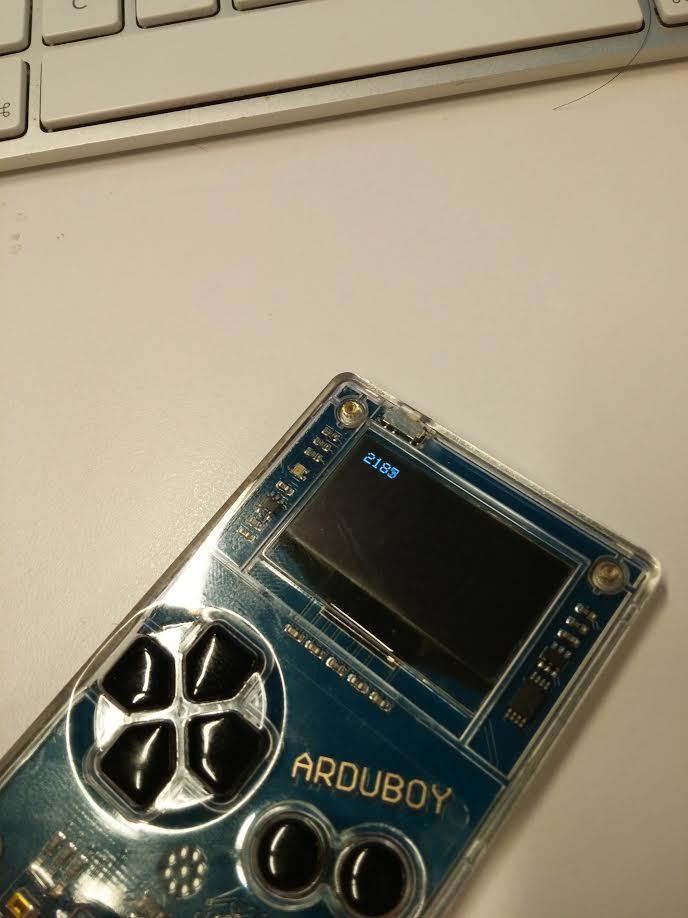 In the next tutorial, we’ll be learning about testing the values of variables, booleans, and pressing buttons! Click here to go to Part 4!

I wrote this tutorial in order to give back to the programming community that taught me to get into it about 10 years ago. If you’d like to follow me on Twitter, please do so at http://www.twitter.com/crait . I’d greatly appreciate that.

Very cool of you to make these man. I only skimmed them, but the instructions seem easy to follow and concise. Cant wait to give your lessons a shot over the weekend

I only skimmed them, but the instructions seem easy to follow and concise.

I have a lil’ problem with making things too wordy for some people, but I try to emphasize information that’ll be important in the future tutorials.

Cant wait to give your lessons a shot over the weekend

Sweet! I’m going to try to get 4-5 more tutorials made by then!

Awesome man. Weve needed something like this for awhile. Reading books you dont understand just doesnt cut it when theres no examples and no one to answer your questions.

I have a question about the counter = counter + 1; code, can i use counter ++; instead?
if yes are there any benefits of doing that?

Btw thanks for an excellent guide you explain everything nice and clear.

You can even use ++counter;

You will find links saying the ++ is faster and that may be true on some compilers. A quick test using the Arduino IDE shows that they all compile to exactly the same size.

Edit: Someone wil ljump in and talk about how the i = I + 1 and the I++ both require a temproary variable to store the value in before reassigning and that the ++i should therefore be the fastest. As my quick test proved to me, the C++ compiler that the Arduino IDE uses is smart enough to optimise them all to the same code or at least equivalent code of the same size.

Thank you for your reply. Helped me to understand the concept of a bit more

Easy enough, but I wish there were some “what if” scenarios in here.

What if I get this error, what if I uploaded without adding all the lines, what happens if I let the counter run. At this early stage I’m a little concerned about breaking things and want to be reassured I won’t mess something up.

At this early stage I’m a little concerned about breaking things and want to be reassured I won’t mess something up.

Occaisionally the Arduboy goes into a state where ‘flashlight mode’ or the rest button are needed to upload a new sketch, but that’s pretty easy to manage.

There’s been the odd case of the bootloader being overwritten because the bootloader protection pins weren’t set right in the factory, but even that is fixable with the right tools and only affects certain batches of Arduboys (mainly older ones).

I have yet to hear of an Arduboy being broken beyond repair due to badly written software.
(It’s not impossible, but it’s highly unlikely.)

Loving the Blue Arduboy. Wish I had one. Keep up the good work. Can’t wait for part 10!

Whenever I upload my sketch to the Arduboy the numbers are scrolling across my scree from left to right and top to bottom. All of my code is written as it should be. Any idea?

it sounds like you did the .setcursor to the same variable as counter.
make sure its

THIS TUTORIAL IS OUT OF DATE! Please check out the UPDATED version, here: Make Your Own Arduboy Game: Part 3 - Storing Data & Loops