Well, i have see the pico-8 project for first time yesterday. This make the Arduboy not obsolete. The Arduboy its unique and i am on it just like i am on the pico-8.

We need a Arduboy v1.1?
Maybe. When we see the GAMEBUINO - SD Card support make the Games not better. I think a color screen make the arduboy not better, too. The pico-8 are its, what many people would should be to see in the future version of Arduboy. The Arduboy is good as it is.

thanks @ekem for the reply

Btw I see a lot of awesome examples out of the pico community. Figuring out if the Arduboy can play well with the Pico stuff has totally been talked about to some degree. I certainly need to sit down and play around with Pico, but honestly I haven’t had a chance yet : )

I don’t think it would be all that much work to get everything running in Pico8… that’s a wonderful concept. Haha, another project, weeeeeeee

thanks ross for the update!!

Here’s a video of my WIP programming toy! (I can’t figure out how to embed the video directly, but just click on the embedded tweet to watch it) 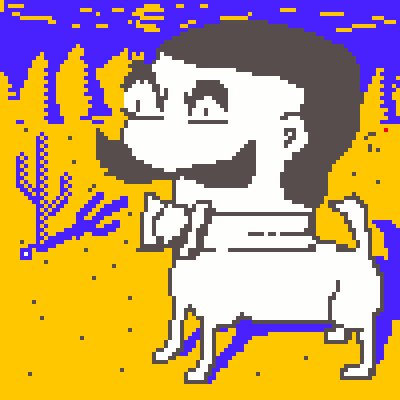 It doesnt’t need to support it, pico8 is an open api built on sdl2. The arduboy does very basic operations like draw pixels. Most graphic libraries draw. You can build any game to any target if its built to know about the other possible API’s that it is going to support. It’s like how you can compile a game for Linux or Windows. Except, a lot simpler : D

That looks great btw. If you have the raw video file, just drag it over to the post input box you are wanting to embed on. It’s capped at 7 megs or something.

Other than SD card, headphones jack and a couple of buttons more (select/start), I’m missing an RTC. It would allow real-time games to be played without using main battery.

I don’t know if some kind of wireless communication (IR or BLE) will add to it or not, but maybe a cable is enough for connecting two arduboys, like the gameboy used to do.

But I love the minimalist design, and fear that adding too much might take the “cute” factor away from it…

I’ll try to get me one asap.

sounds good, any chance of any more pixels/grayscale?

Don’t add anything that increases its size or cost.

It shouldn’t be costly at all and should be easy to do, but I think a simple accelerometer would really increase what all we can do with the Arduboy.

I also think another button is needed for some kind of start or pause functionality. Instead, developers have to put an action button (or a combination) to pause a game. I think this is the most critical thing that would hold the Arduboy back crom having some more complicated games. 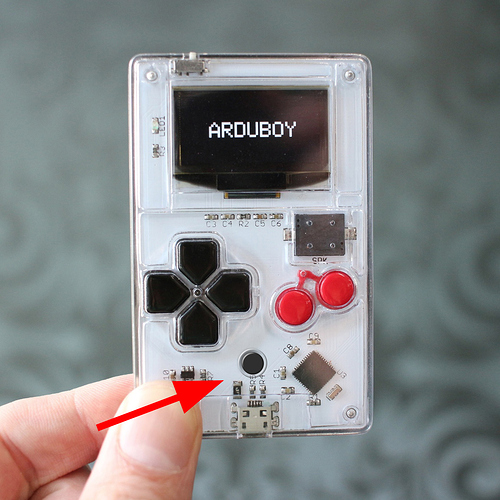 Personally I have nothing against the size or cost being changed if it means gaining useful features.

Will people be eager to sacrifice resolution for more “colors” (grayscale or true colors)?
Most OLEDs with grayscale or colors only offer 96px wide.

Most OLEDs with grayscale or colors only offer 96px wide.

Well, since the topic of this thread begins with Pico 8, and Pico 8 specifies a 128 x 128 pixel colour display, then I’d say this is a likely candidate:

Yes.
I was expecting the resolution to shrink to half the width and/or height anway.

It uses an ST7735 driver IC.
The thing with color is that assets get bigger (more memory used). And also, the retooling to fit that screen in the case, and the new PCB.

Maybe starting with the 96x64 version (same screen phisical size) and then trying a different screen?

Also: will the ATmega32U4 be able to deal with it? Maybe it’s enough power to handle everything, but I really can’t say.

AtMega32U4 most certainly doesn’t have the capabilities to handle such displays. 65k colors takes way too much memory. I think even just a few colors would limit the memory available for other data too much. It should be much easier with the chip bateske had beed talking about earlier, Nordic NRF51822, which seems to have 16 or 32 KiB of RAM (and 128 or 256 KiB of flash) compared to current 2.5 KiB of RAM.

The thing with color is that assets get bigger (more memory used). And also, the retooling to fit that screen in the case, and the new PCB.

Also uses more power, so a bigger battery is used.

We won’t be doing color in the forseeable future. I think I would go with a totally different object before doing color.

We are talking about building an IOT keychain that has a lot of sensors and bluetooth and a display and buttons, etc etc. Think like a mixture of open source Tile / Amazon Dash + Arduboy. With a focus on it’s ability to be used as a mobile 8 bit music tracker. Create little songs on your keychain when you are bored. Use those as ring tone notifications for different events on your phone via bluetooth.

Wait, am I off topic?