I have an original Arduboy coming my way. But I also like to tinker and make a DIY version. Having a dead Pokemon Mini console lying around waiting for a 2nd live it looked like a perfect fit for an DIY Arduboy.

It’s still in early stages and I quicly ripped a Arduino Pro Micro clone from another project, hacked a old SNES controller for the button imputs for a first test.

the 1.3 inch display module fits nicely in the Pokemon mini front with minor changes. The Pokemon Mini back already has a Piezo speaker which also sounds very good. I also cut away the unused area of the Pokemon Mini circuit board so there’s a nice gap for it’s new brains

Initially I didn’t cary about the RGB led but with the clear case. I want to add an RGB led as well so I’ve orderd a Pro Micro clone from ebay which should have a ATMEGA32U4 in TQFP package instead of the more commonly used VQFN package. The TQFP package has longer pins and more spacing between them so I can solder wires to the pins that are used by Arduboy but are not on the ProMicro pads.

I’m waiting now for the parts to arrive.

This is really cool I’m planing on building my own out of similar parts only I’m planing on making a predator slash fallout wrist boy body:slight_smile:

Some more parts arrived for my custom Arduboys. The 0.96" OLED display looks so tiny compared to the 1.3" one I thought I take a picture for comparison.

I also got some awesome 16x4mm passive piezo speakers from aliexpress that are pretty loud complared to Arduboy and the Pokemon Mini piezo speaker.

I’ve been testing the 3.3V DC-DC voltage booster (small square board in picture) with the Pro Micro 5V + 1.3" SH1106 OLED display test setup and it works very stable. Playing Mystic Balloon from a single rechargable AAA battery draws about 210mA. thats good for at least 3.5hours of play (750mAh capacity) Using the 0.96" OLED display current consumption was about a 1/3 less (~140mA). Hope the 5V DC-DC converters will arrive soon so I can do some more testing.

Very cool! You made me realize I want an Arduboy XL now!

I love this! any way I can see any kind of update for this? Did you ever get it closed up? I would love to see an Arduboy inside of a Pokemon Mini!

@crait I’ve not assembled it yet. I decided I want to add a RGB LED too as it will look great with the milky tranclucent case front. So I’m waiting for those RGB LEDs now. But for an update I’ve added an 0.8V-3.3V DC-DC converted to the cut out PCB board as you can see in the image below. Ignore the red, black and white wires. they’re just temporary so I could test power consumplion on the Pro micro test board. You can also see the 1.3" OLED display board fits nicely.

In the picture below you can see where the Pro Micro will be located. The pin header will be desoldered and Pro micro board will be stuck to the display board using a piece if doublesided foam tape. The usb connector will be aligned where the header pins now are. At that location the case bottom (where the cart gap is) will slide over it neatly. As you can see the pro micro board is overlapping the original PCB a bit. I will cut out this area later so the ProMicro board is closer to display board.

In the earlier picture I posted, you can see the small rumble motor. I’ve removed it and that’s where the RGB LED + 1K resistors will be mounted.

At the bottom of the case there is a small spring loaded switch which normally holds the cart firmly in place. I’m thinking of removing the spring and put a small switch there that will function as the power on of switch. If that doesn’t work out I’ll probably put it next to the micro USB connector but then it is not as accessible as I’d like.

I do have twitter ( @MstrBlinky )But I mostly use it for announcements. Will tweet about it once the project is finished and post a link to my website. In the mean time I’ll keep posting here

I wouldn’t say hate, but personally I’m not very fond of it :P.

I do have twitter ( @MstrBlinky )But I mostly use it for announcements. Will tweet about it once the project is finished and post a link to my website. In the mean time I’ll keep posting here

Well, if you ever tweet out Circuit Dude on your device, I will surely retweet it. XD I really want a Pokemon Mini, but seeing this, I think I’d rather have an Arduboy inside of one.

I wouldn’t say hate, but personally I’m not very fond of it :P.

Still waiting for my RGB LEDs to arrive. But at least I’ve got the test tool ready for when they get here 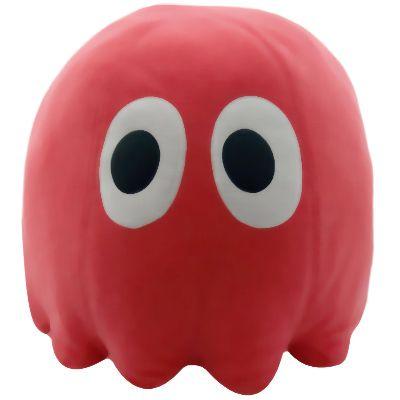 My RGB LEDs and 2.42" OLED display arrived! This display is huge compared to the 1.3: one. I could wait and hooked it up right away. I chose the green one as it remembers me of those old CRT monitor and is easy on the eyes. after adding the set col address range command to lcdBootProgram, The screen displayed correctly. it’s big and bright

Also tested the RGB LED using Pin 3 (PORTD0) for the alternate green pin on my test ProMicro and works nicely. But I’ll get back on that later. I want to add it to my Pokemon Mini case first

yes green! reminds me of a pip boy!

EVADE will look hot in green.

okay just an idea but all this diy must make me ask. Is any one thinking of building one into a snes controller?

okay just an idea but all this diy must make me ask. Is any one thinking of building one into a snes controller?

I thought about NES in the past

Not much progress on my Pokemon Mini Arduboy Clone (I’m waiting for an micro SD card slot now :P) But I’ve made a Clone with an Arduino Leonardo as I had a couple of spare proto shields for it lying around. I mainly built it as a devkit to develop my custom bootloader so I could keep my ICSP programmer hooked up all the time and I wanted a devkit so I could hook up/test multiple displays.

The pinheaders on the left are the button inputs. I can connect my snes controller with short leads to it or my Competition Pro Atari Joystick which has a longer cable using an IDC to sub D connector)

The pinheaders on the right are for the ICSP programmer.

These Piezo speakers are really loud. I grabbed them from:

Can you post the library used for each of those screens?

They are in Arduboy board package:

When this package is installed you can select Arduboy (or Arduboy +1K for the new bootloader) as board and then select which Arduino variant + OLED display you use. It’s handy if you’re using multiple Arduboy versions and/or don’t want to edit existing sketches.

If you don’t want to install the package. Download the zip and extract the adapted Arduboy and Arduboy2 libraries from it. In that case you need to put a define at the top of your sketch before any include:

Oops! I just discovered some experimental SH1106 display code ended up in the Arduboy2 lib that doesn’t work properly. I’ll fix that in the weekend until then intall the 1.0.0 version in boardmanager if you use a SH1106 display.

OK updated the package. fixed the display issues and also some board issues.