If someone can point us to a screen that would work with gray scale I’m totally open to trying to build a prototype with it. But I’ve looked for about 3 years and not been able to come up with anything. The vertical sync pin is actually available on the ssd1603 controller but it’s not broken out to the flexible pin connector.

I’ve asked the factory if it is possible to change this on several occasions but the minimum order quantity for this customization is to be a million units. I’ll keep trying but color is easier to do than grayscale for the reason the screens actually exist.

Custom LCD might be an option but that also has a very high minimum order quantity and I’m not sure we could meet that. And then you lose the bright crisp OLED display that I think makes Arduboy so special.

My guess is we will do another black and white version with the SAMD21 and SD card later this year and then color in 2018.

Thanks so much for the feedback it’s super helpful to hear from all of you!

@bateske will it have RTC?
Tamagotchis are waiting for that!

there is an RTC built into the SAMD21

Only problem I can see, is that they’re almost out of stock, don’t know if they can be found somewhere else or not.

That display is 2.7" diagonal; twice the size of the 1.3" one currently used.

I don’t think I’d want the next Arduboy to be as large as would be required for that screen.

Also, at the top of the provided link it says:

This product has reached end of life

I am definitely part of the crowd who would like to see a grayscale screen, the second option is color.
As long as the flash memory (or SD card) allows me to make larger game, I’m pretty fine with the rest.
Of course, more is always welcome, but keeping it limited is what makes the fun.

ZOMG stop asking for grayscale screen. It does not exist. I wish it did. I’m gonna lose my marbles if one more person asks.

If someone can point me to something that exists, I’ll try it out.

Except for the cost

ZOMG stop asking for grayscale screen. It does not exist. I wish it did. I’m gonna lose my marbles if one more person asks.

No black and white screens with exposed vsync?

No black and white screens with exposed vsync?

I think @bateske already found that this needs a million piece order to drive the re-engineering of the module.

I’m good with black and white! The only other tweak I can suggest is small side rails in the case to either side of the screen - or a top slot - that would let you insert a color overall transparency (a la Space Invaders or Vectrex).

Grayscale or 256 color if possible. We found 16Mhz Amtel was great, but the biggest limitation is the 32KB onboard storage. We were hoping to have music for 3 different levels and a few more features for EVADE, but ultimately had to reduce our feature set dramatically because of the storage limitation.

Anything more than a 1bit display per pixel will require way more storage. 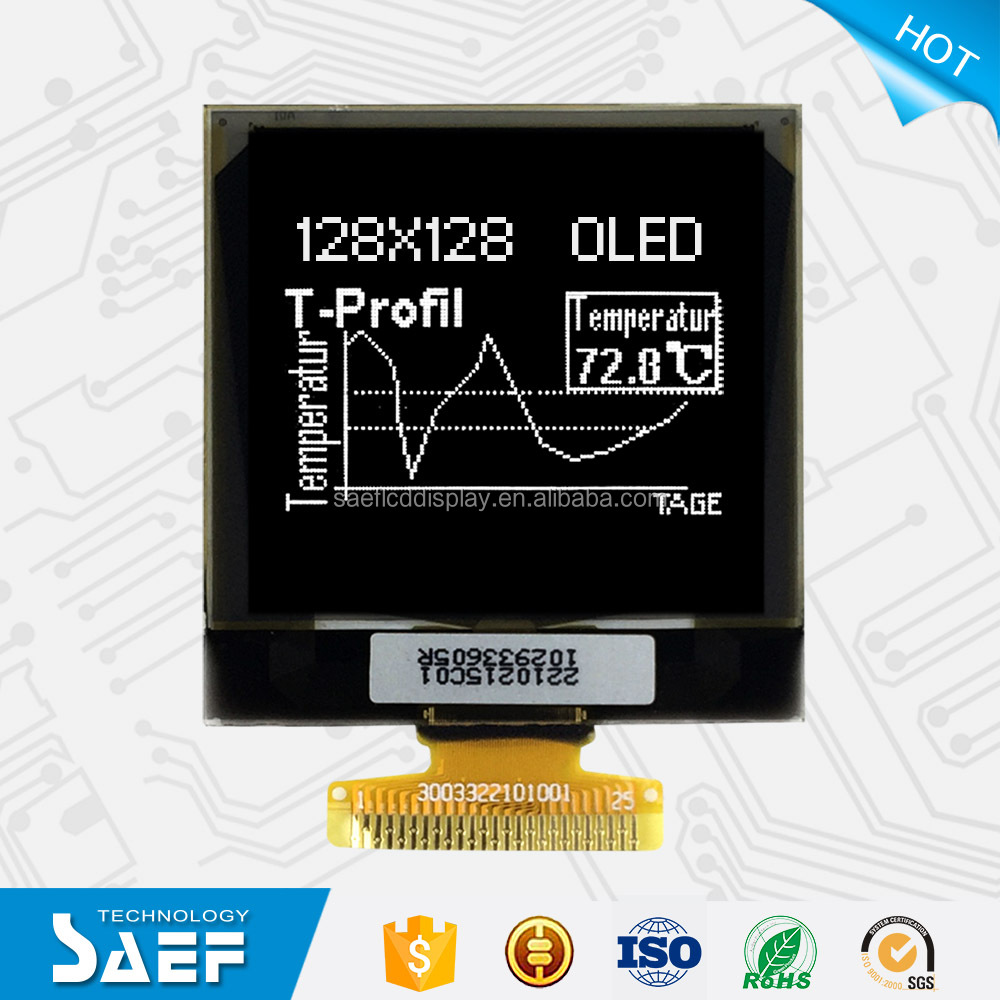 What do we think about this screen? I’ve spent the entire day scouring the internet again and found this.

The price might be comparable to the ones I’m getting now if it is in fact available.

Looks pretty damn good to me, I would much prefer a square format screen anyway.

It looks like I’m making an executive decision to stick with the same screen for the next arduboy, Arduboy Zero. Just for simplicity, cost and time reasons. The survey sitting with a difference of only 9% isn’t enough to piss people off with another black and white, and it’s pretty clear charging much more (which we would have to do) for color is probably the wrong move overall.

It’s actually possible to keep the new version at the same price doing this, and we can add a lot of functionality.

And as several users have mentioned, the black and white is actually what makes Arduboy, Arduboy.

Most of the game creators complain about the lack of memory as opposed to bit depth. We have seen some amazing things in black and white, and I don’t think we are done yet.

I’d love to do color one day… actually as many people have mentioned Pocket Chip kind of fills this area. I’d love to work with them on something like a Pocket Chip Lite that could look like something of Hackfuffels renderings: 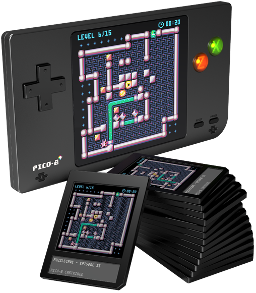 But, as you can see would be probably twice the size of Arduboy, and so again… really deviating from the magic formula.

I love everything you’ve said about this screen. Some people are saying it has too many pixels or too high DPI, but I think those are both pluses. If we get 16 colors of greyscale, we can do A LOT with it.

I’ve also been searching for a while based on OLED panel, but decided to start searching based on driver IC instead. So the SSD1327 fits nicely 128x128px 4bit gray: http://www.solomon-systech.com/en/product/advanced-display/oled-display-driver-ic/ssd1327/
It’s currently in use by Seeed to drive a 96x96px panel: https://seeeddoc.github.io/Grove-OLED_Display_1.12inch/
Can Seeed hook you up?
I think the extra bit depth allows much more information to be presented with so few pixels (e.g. Gameboy allows background art to be visually distinct from character graphics / foreground).

I’ve actually grown to love the black and white. Gray scale would be nice, but honestly having more processing power and more space to store graphics could mean very beautiful games. I suppose we could always make black and white games with a color screen, or gray scale for that matter with different graphics libraries.

Yeah I could get that 96x96 but I don’t want to reduce the pixel width. It’s also quite small.