Porting Arduboy Games to the WASM-4

I was just thinking one could perhaps pretty easily port the Arduboy2 library to something like WASM-4… (either straight, or as a slight patch of the project for resolution, etc)… so someone just drops in their Arduboy source, recompiles, and then you have a modern web or native runtime for your game (no slow emulation, etc)…

And if someone then wanted to expand the game further (4 colors, more RAM, larger screen) that would also be a choice.

Since C/C++ is already one of the supported targets you could get started pretty fast with just a Arduboy2 lib that ripped out the hardware pieces and replaced them with a little glue for the buttons/VRAM.

Anyone interesting in this?

I made a really rough pass at the idea, but Mystic Balloons is 95% working. A few notes: 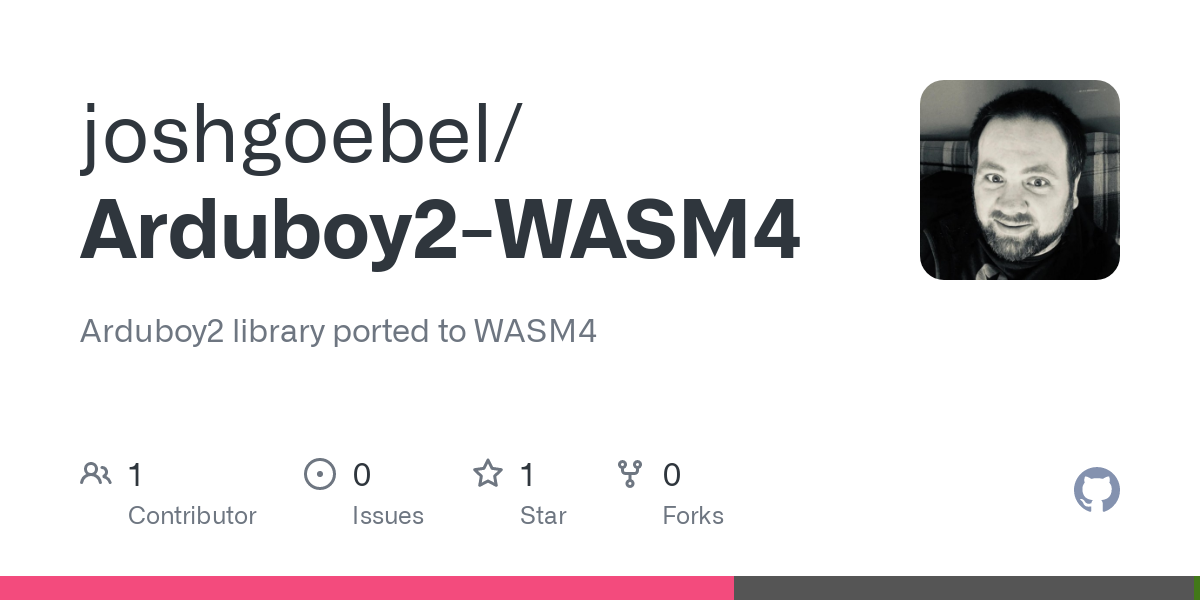 Arduboy2 library ported to WASM4. Contribute to joshgoebel/Arduboy2-WASM4 development by creating an account on GitHub.

fantastic work done! you can use the ESPboy fork of the Arduboy2 library where all asm code has been replaced by C code

Great idea… that might be easier than going back thru years of history to find the original code.

Integer overflow in C++ is undefined (and AVR != WASM), so that led to some weird behavior with buffer offsets in sprite rendering that took a hot minute to track down.

Ouch … I know a few people (including myself) rely on overflow and underflow. I know its not good practice but on a small device like the Arduboy it can shave off bytes of code.

I had to swap out the Arduboy frame stuff for update at 60FPS (so this might not work for all games, esp if they need a variable refresh rate)

Personally I have made a game that slowly increases the frame rate to increase the speed of the game. Are you saying that you can specify any frame rate (60 was just an example) but not change it at runtime?

I know a few people (including myself) rely on overflow and underflow. I know its not good practice but on a small device like the Arduboy it can shave off bytes of code.

Fixing the bugs wouldn’t increase space used… It should be possible to have source that would compile on either Arduboy or WASM-4 just based on a few compiler defines with 99% the exact same source.

The problem is that C “upgrades” ints when it can… on Arduino you don’t notice because there is nothing to upgrade to, it’s 8-bit… upgrading would waste tons of space… so they are truncated to the exact byte size… but on WASM you get 32-bit ints by default so something like:

…will NOT overflow… it’ll just go right past the int16 boundary so you have to instead write:

Typecasting it back to 16-bits, so the compiler knows it needs to clamp it. This behavior is simply implied on the Arduboy hardware so you get it for free.

You’re hard-wired to 60 with WASM-4. And on the web there are also reasons 60 is best since that’s what the animation frame built in stuff is designed for. Native I imagine if you hacked the source you’d have more choices, but out of the box everything must run at 60. So effects like speeding up to slowing down back on frame rate are impossible.

Typecasting it back to 16-bits, so the compiler knows it needs to clamp it. This behavior is simply implied on the Arduboy hardware so you get it for free.

Oh … that’s interesting. I guess for those games that run at 45 or 30 fps, you could waste a frame or every third one to achieve the result.

Integer overflow in C++ is undefined

Only signed integer overflow though, and only until C++20.

Though if you’re talking about the bug I think you’re talking about, it’s probably due to Arduboy using a 16-bit int and the target platform using a 32-bit int, which isn’t actually to do with how integer overflow being undefined because it happens even when both systems are using two’s complement.

Though this bug was fixed in more recent versions of Arduboy2.

so that would mean reimplementing the C version of Image+Mask used by so many games.

Also of course on WASM-4 you have none of the OLED hardware features… though quite a few of them could be trivially emulated with software (like invert, brightness, etc)… I was just playing around here. Not sure how useful this is for anyone.

Only signed integer overflow though, and only until C++20.

These were signed integers, but thanks for the clarification.

Glad to see they’re going to fix that.

Well I’m using the correct int16_t type, (which works properly if you typecast the result)… I was told it has to do with C++ policy on upgrading integers… so I’m confused between that an undefined.

It’s something for sure.

Could be it’s well defined and just super annoying.

Ha, possibly!!! Forgot about that.

These were signed integers, but thanks for the clarification.

Glad to see they’re going to fix that.

Yes, arithmetic is always performed on int or larger, so anything smaller than int is promoted. (The full set of rules can be found here.)

I’m confused between that an undefined

Signed arithmetic overflow being undefined means that ‘legally’ speaking ‘anything’ can happen when two signed integers are added together and the result would be larger than the type can handle. (I think the only reason it’s ‘undefined’ is because C used it to support one’s complement arithmetic, and then C++ copied that rule, but I’m not certain.)

The issue in the case of the code in Sprites is that when the arithmetic is done with 32-bit arithmetic there’s extra bits worth of information that causes the pointer to vastly overshoot its destination (i.e. a buffer overflow bug).

It went unnoticed for so long because those extra bits are discarded when using 16-bit arithmetic. The solution is, as you’ve discovered, to either cast to a 16-bit integer or to mask away the excess bits.

You wouldn’t be the first, and you probably won’t be the last.

(There’s a good reason I know so much about this particular bug.)

(There’s a good reason I know so much about this particular bug.)

Ah yes, a different architecture would be likely to hit things like that.

that particular line in Sprites which has since been fixed

Indeed, I was using my older fork… didn’t think it would matter that much for testing purposes, how very mistaken I was.

Is there any sub-forum here for posts of ports? 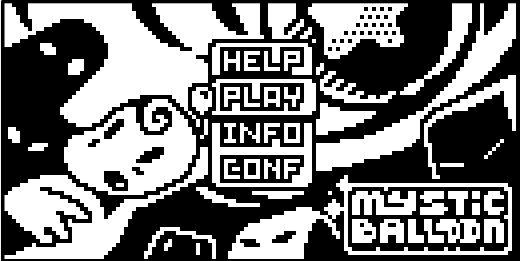 I wish I had some more control over the “by Josh Goebel” in the link… I’m not trying to misrepresent anything… perhaps itch.io isn’t the best place to do this long term? If anyone wants to test… or if anyone is interested in porting their own games… reach out… I think I almost have things in a clean enough place to share the library.

Not sure what the terms are for itch.io if they have any rules over posting others games or not. This is pretty cool!

Arduboy2 library ported to WASM4. Contribute to joshgoebel/Arduboy2-WASM4 development by creating an account on GitHub.