Just saw this on CNX-Software: 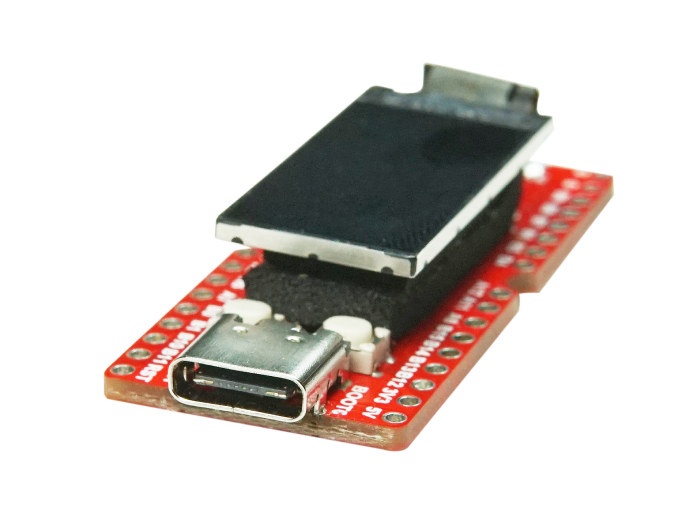 Sipeed Longan Nano development board is powered by GD32VF103CBT6 32-bit RISC-V microcontroller, and comes with an LCD display and Enclosure for just $5.

I might be missing something, but it seems remarkable that they are making so much hardware available for such a low cost.

I’ve been eyeballing this and some other RISC-V processors for some kind of color portable that could play Pico-8 but for now anything to build out the current platform that’s insanely overpowered.

I love the usb-c tho.

some kind of color portable that could play Pico-8

I would be all over this if at a decent price and with a good battery life.

To put things into perspective, that’s a faster CPU than the Gamebuino Meta, but with a slightly smaller vertical resolution.

2:1 is a bit of an odd aspect ratio.
Personally I like 4:3 the most for handheld consoles, but I’m horribly biased.

I would be all over this if at a decent price and with a good battery life.

Part of what complicates that is that Pico-8 is closed source,
so it’s hard to know what the exact requirements would be,
I suspect there would have to be some cooperation with Pico-8’s creator to have a port to an embedded system.

That said, Pico-8 runs on Raspberry Pi,
so you could just fit a gaming shell around a Pi (possibly even a Pi zero) and use that.

The main page claims that you need a ~700Mhz CPU, but I find that claim somewhat dubious.
I wouldn’t be surprised if there were optimsations that could be done to the source to cut that requirement down.