Get the Press Play on Tape remix!

PPOT have compiled a flash cart image for their own FX devices and are sharing it with the wider community. This is a collection of games we have worked on together and

Why would you want to load this instead of the image that came with your FX? Well for start you get our new games - The Trials of Astarok and Lode Runner FX - which have been developed since the release of the FX and … err … actually, that’s about the only reason.

See it in action! 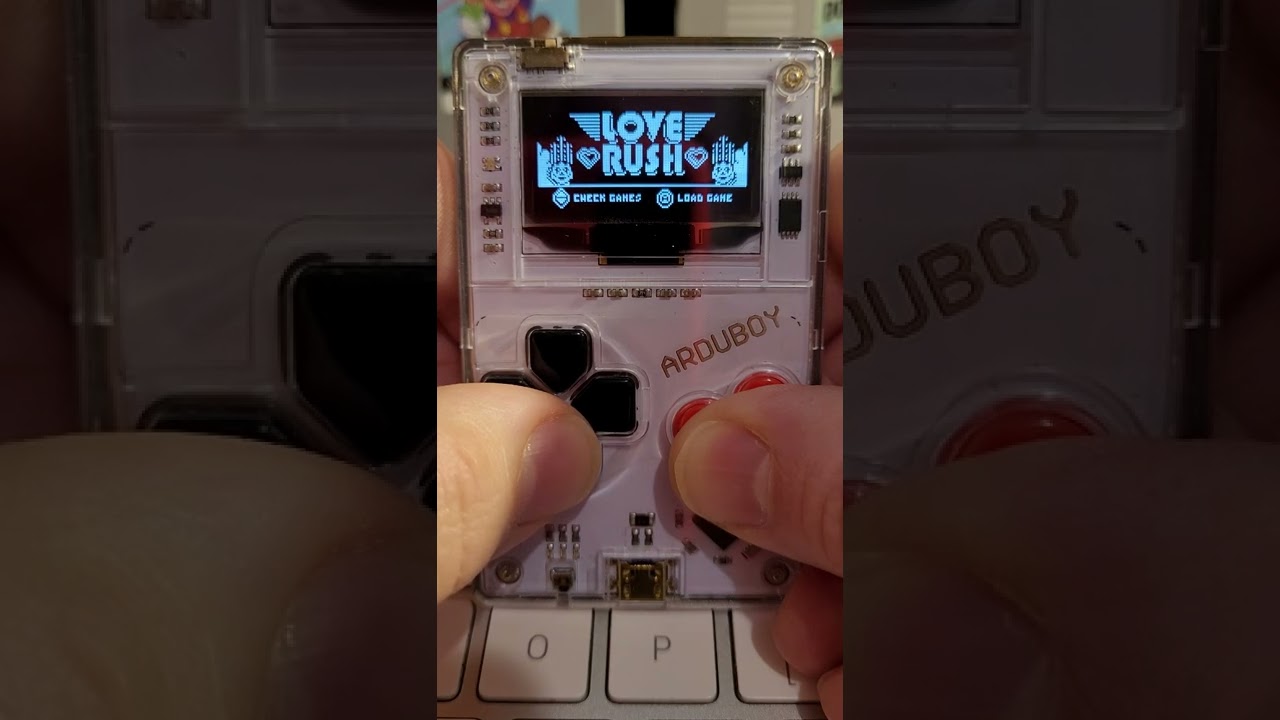 If you want to read the instructions for the games individually, you can visit their respective pages …

They could be bad or awesome - depending on who created them.

“ You gotta kick off with a killer, to grab attention. Then you got to take it up a notch, but you don’t wanna blow your wad, so then you got to cool it off a notch. There are a lot of rules .”

If you have read High Fidelity (or seen the film)

I’ve done neither, but I know enough to know they changed that quote for the film. Aside from the bits they cut, they changed the wording a fair bit.

“A good compilation tape, like breaking up, is hard to do. You’ve got to kick off with a corker, to hold the attention […] and then you’ve got to up it a notch, […] and … oh there are loads of rules.”

(Though to be fair, that’s still closer to the original than a lot of adaptations manage.)

This is with actual dimensions and a 0.93" screen.

When are we going to see that being made?

I would love one myself!

I would love to make it, would be cool special edition. The idea was a PCB sandwich and to get a discreet touch controller that could be mapped back to the input buttons.

End of this year potentially? I guess all I need to do is make it now since the cart is right here!

And I like the 3d relief you’ve got in your render, that could be achieved by putting rectangles in the copper layer under the soldermask.

I already told twitter I was gonna remake Arduboracelet and I still have promised Arduboy Mini.

LeWord added to the cart!

I have also renamed the flash cart to PPOT_Arduboy.bin. For those using the 8BitCade XL, I have also created a card for that device too named PPOT_8BitCadeXL.bin.

I actually appreciate this flash compared to the official one. 200 Games in one shot is a bit much for me. This would let me slowly add more curated games instead.

One day in the near future, you will be able to build your own carts and share a curated version for others to enjoy. Stay tuned.

Is this not how the FX and this “flash cart image” work? You flash your device and then can add games on top of it? Sorry if it sounds weird I havent received my FX yet, i preordered it like 3-4 monts ago when they came back up for the first time.

You can reflash the entire cart of games. This will allow you to add new games and even remove some of those you don’t like.

Alright so it works just as i thought, then. I could flash this beautiful PPoTR image and then expand it with other people’s games?

I could flash this beautiful PPoTR image and then expand it with other people’s games?

But at the moment you have to do that by editing the nasty .csv file by hand (or with some generic CSV-editing software, e.g. Excel or LibreOffice Calc).
(What @filmote was saying is that in the future it will be much easier…)

Oh okay that makes sense. Its a good thing Filmote covers a lot of stuff i’d want in there with the exception of a few “stuff falls down” puzzle games. Maybe ill try to convince someone to port Triotos to this machine. I managed to do it for the pico-8 after all.

with the exception of a few “stuff falls down” puzzle games

Historically people avoided these because Arduboy Inc had a deal with Tetris LLC to make the Tetris microcarts. I’m not sure if that still stands or not, though Tetris LLC can be a bit heavy with the ban-hammer.

Though there are other falling block games besides Tetris (e.g. Dr Mario, Puyo Puyo/Dr Robotnik’s Mean Bean Machine), so maybe someone will make one.

Off the top of my head I can only think of this:

(Though it’s a bit of a joke game rather than a proper game because there isn’t really any challenge to it.)

If you know where to look, there are some Tetris games on GitHub, just not on the forum.

Maybe ill try to convince someone to port Triotos to this machine. I managed to do it for the pico-8 after all.

Since you’ve already done it for PICO-8, why not be the one to make the Arduboy port?

The games in Atomic Puzzle Pack sort of fall into this category (no pun intended).

Puzzle pack uses a local customized version of an older release of the Arduboy library. Because of this it suffers from the same “scrambled display” problem that previously affected the Arduboy library, when used with Arduino IDE version 1.6.10 or higher. Rather than fix the local library, I’ve ported the game to use the Arduboy2 library. My fixed version of this game is on GitHub: @Atomic, If you’d like to apply these changes to your repository, I can create a pull request.

I’m sure there are a few others but I presently don’t have time to hunt them down.

Because i have no real programming experience outside of BASIC ahah. I just directed the team and did the art, state machines and stuff like that. Im a game designer but I only really know enough about programming in theory to know what is and isnt doable.

i have no real programming experience outside of BASIC

Well, it’s never too late to get some.

I’d offer to help work on a port, but my attention is on other projects at the moment.

(Though if you ever do decide to take up programming, I’ve always got time to help people learn how to program.)