I wanna show you my ESP8266 based Arduboy in a ps2 controller. Actually it is more a controller for my other projects where I can also play a few games.

Here is a link with more pictures and informations: thiniverse link

As already said the main chip is an ESP8266. I found a ESP8266 branch of arduboy but It was a bit different with an additional arduino Nano. So I forked the old arduboy(ONE) library and changed a few lines to make it run.

I am using a few librarys to get all this working:

I also had to made some little changes in the SSD1306_OLED_ESP8266 lib, so sharing my arduboy fork alone wouldn´t really help anybody else. I know nothing about licences so I am not sure if I could share ported games with anybody else.

After playing Squario, which was the first and only arduboy game I ported, i realised that allmost every other game now uses Arduboy2. And by porting I mean adding about 10 lines of code, the rest happens inside the Arduboy lib. I tried to get the Arduboy2 lib running but had some problems with it and the games, there is a lot avr specific code in them.

Right now I am programming my own game based on the old Arduboy lib. I kind of like it more, because I want to use all those adafruit like draw funktions and stuff.

CPU Speed is not an issue if you have 32bit and 80MHz. I hope it will also run fast enough on those avr chips. Flash is more than enough available, so I compile it now and than for a lenoardo board to keep in mind how much there is left if I had a real arduboy.

I also ported the gamebuino library to this platform. The games are easier to port but I do not like the even smaller display resolution, so I got back to arduboy.

I made some progresss with my project.

Changed my mind about the Arduboy2 lib, now I am using it. Had to replace the assembler parts but now it works very well.

Here is my fork: github

I changed the HelloWorld.ino and the Buttons.ino example to show how it can be used.

For audio support I also forked the ArduboyTones lib: github

I also changed the ArduboyTonesTest.ino example.

Games I ported with those librarys:

How is your experience with porting from the AVR to the ESP?

I think the ESP32 could be a really incredible dev target and I think the environments are close from the 8266 to the 32? Or?

My experience was really good. After getting rid of all the avr pins, ports, assembler and timer stuff I just had to link the display library in. I learnd a lot and it was fun.

I do not own a ESP32 and I have not read a lot about it. It is way faster, I think with a chip like this you could easily control a color display with a lot more pixels.

I think my fork of arduboy2 should also work on a ESP32. The only little thing is I used everywhere these #ifdef ESP8266 lines. To compile it on a ESP32 you have to change those or #define ESP8266 in your code.

Here are some information about my Wemos d1 Mini ESP8266 build. The available pins are very limited, i used:
4 to SPI communicate with the ps2 controller and get the 6 buttons states.
2 to update the I2C display. (and get gyroscope chip data)
1 for a little speaker
1 ADC to measure the batttery voltage
2 Rx and Tx for debug (and bluetooth)
2 pins are free, I could have used them for ws2812 rgb leds

Some information about timings:
Updating the full display takes about 14ms. The display library is smart and remembers if you changed the whole area, if not it will only update the area where pixels changed and will be faster. But still this is the limiting faktor, everything else is done really fast.

Today I made a litte test I want to share. I built a breadboard arduboy based on my esp8266 code I used for the ps2 controller.

I connected 6 buttons and the I2C oled display, no sound and no leds because there where not many pins left and I was too lazy. Those buttons worked and with some little changes many games should be possilbe to play.

On the second picture the following test code is running:

The display says 64 frames, this is the maximum of frames pro second this built can do. Mostly because of the slow I2C bus, a arduboy.display() takes about 13ms. So games with 60 FPS could be a bit slow, because there is not much cpu time left for other things.

If this is compiled for the leonardo and put it in the emulator than round about 140 frames will be displayed.

Here is my fork: github

ESPboy.edu - ESP8266 based Arduboy like gadget with WiFi Development

[nlscna7ajvve5hd4guh1xigvvcq] ESPboy is an open-source, portable, modular, hackable gadget you can build yourself for 12$ in 1 hour to use as a retro game console or as an IoT platform for STEM education and fun. Details on hackaday.com ESPboy original modules attached to the core device after uploading corresponding firmware via WiFi will turn it to the completely new gadget in a minute: game console, meteo-station, GPS navigator, mobile phone, FM-radio, mp3 player and more. With built-in…

could i use your fork of arduboy2 lib to port futher?

could i use your fork of arduboy2 lib to port futher?

Yes of course, I hope it helps you a bit. I am curious about your changes. If you have some questions feel free to ask, maybe I can help.

(I updated the readme of my repo with some eeprom infos)

I hope it helps you a bit.

It’s much work to do and one of the ideas is to implement web browser. It’s a first step to OTA (over the air) software update using WiFi without any wires, IDEs, compilers…

OLED is too small but i remember old times of mobile phones with small bw displays and WAP worked fine there. It’s also possible to attach 128х128 color TFT with much more space and colours…
Anyway looking around i found “Arduino PIP web browser” https://hackaday.io/project/3116-pip-arduino-web-browser
It’s seemed to me that it’s possible to port it to the ESP8266.

OLED is too small

attach 128х128 color TFT with much more space and colours…

But having a display with 128x128 pixels wouldn´t help a lot if all the games only use half of the screen in black and white.

I think it is absolutly crazy to use a color display with a high resolution to show arduboy stuff in two colors and a low resolution. But I already have one of those 240x320 pixels displays at home. Also I think the ESP would be powerfull enough and the spi fast enough to do this madness. So maybe I will try this soon.

I can´t help you with the wifi stuff, my knowledge about that is really small.

I was thinking about scaling the arduboy pixels

I have checked lot of colour displays IPS and TFT with esp8266.
The best to my mind is 1.44’’ TFT 128х128 and it ideally fits the form factor of the ESPboy device
and there is a special slot for OLED and this TFT on the final version of my psb…
i think the same way, meaning to software emulation the bw 128х64 OLED on the color TFT 128х128 in the ARDUBOY2 lib ) 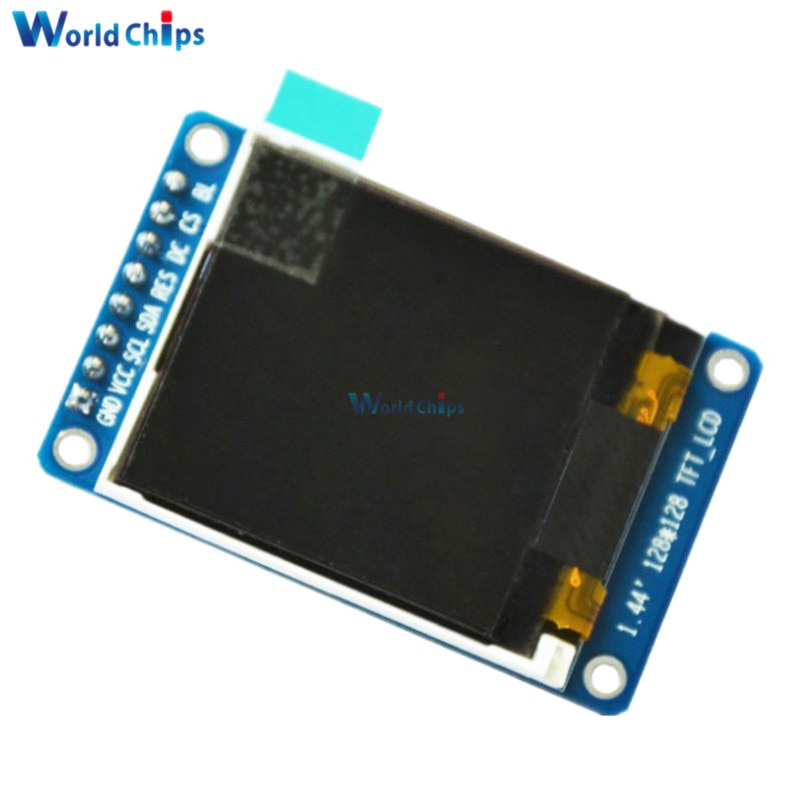 I updated my controller a bit.

The ili9341 SPI interface is really fast, but updating the screen with 60 FPS and more was challenging. The problem is there are now 4 times the pixels and every pixel has 16bit color instead of 1 bit of the oled screen. I had to use two big pixel buffers and some other tricks to be that fast.

It is hard to see in the shaky video, I scaled the pixels and played around with some color filters. And with color filter I mean replacing some black pixels that are next to many white pixels with a dark color and replacing some white pixels with a light color. Sometimes the picture gets a bit blurry but often I like the look with the new colors.
Here is a example Picture, first one is original, second with 2 greyscales and the third with yellow and magenta.

Here is a picture of the of Catacombs of the damned. I think it looks really good with some extra colors.

If someone is interessed how I did this check the github links at the top or just ask. The code is messy but it works somehow

Lol this is kind of insanely great

I spent some time improving my arduboy2 fork.

All of the examples should be compileable and the buttons example shows how to use costum buttons.

Also there is a display configuration with an Adafruit library because those libs are very common.