1944 is an updated to 1943 with scenery and should be used over the earlier version.

Hi I’m expecting my arduboy order to arrive today. I’ve bought it as a gift and I was hoping I could preload it with loads of games and give it to my girlfriend for her birthday (which we will be spending on a plane). I’m trying to work out if it’s possible to have more than one game on the arduboy and found this post. Will this cartridge you are working on be something available for purchase? Or does anyone know of a way I can put multiple games on the arduboy? Many thanks, Dan

This might be an option if you have an Android phone?

Arduboy Mate lets you upload games to your Arduboy using an USB-OTG adapter. Please be aware: You need a device which is capable of USB-OTG...

Thanks replying. This does look like a good option. I’ve no idea how it works in practice but I’ll try work it out once I get my hands on the arduboy later. Cheers!

If you’ve got a spare raspberry pi then there’s also the option of creating an ‘Arduboy dock’ with it, but that’s a bit more money and effort than @uXe’s suggestion.

I’d say a DIY dock (like one of these pictured) is probably going to arouse suspicion on a plane though!! 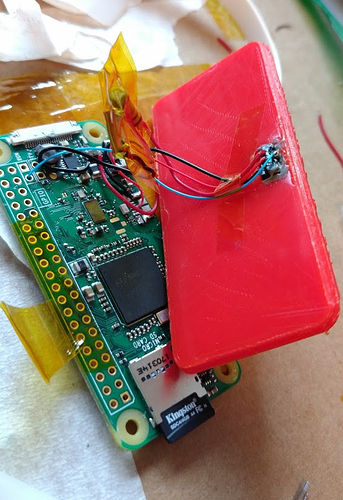 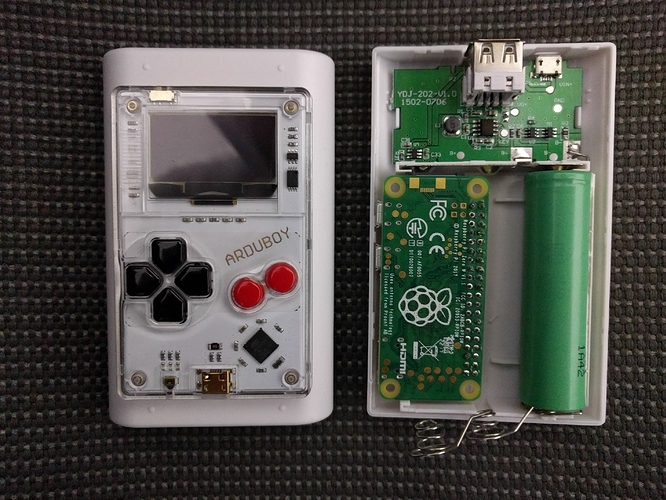 …could just use a laptop if all else fails!

I’d say a DIY dock (like one of these pictured) is probably going to arouse suspicion on a plane though!!

Though ironically a DIY dock is actually less likely to be something dangerous than a laptop.
If someone’s trying to smuggle something on a plane, they’re probably going to do it in something seemingly innocuous rather than something unusual that’s likely to draw attention.

Though now I think about it, best double-check what the rules are about lithium-ion batteries on planes too.

Haha there is no way they would be letting me in to America with this! (also looks outside my skill set). I’m hoping I can work out the phone app.

In fairness, it doesn’t look that bad when it’s actually put together properly: 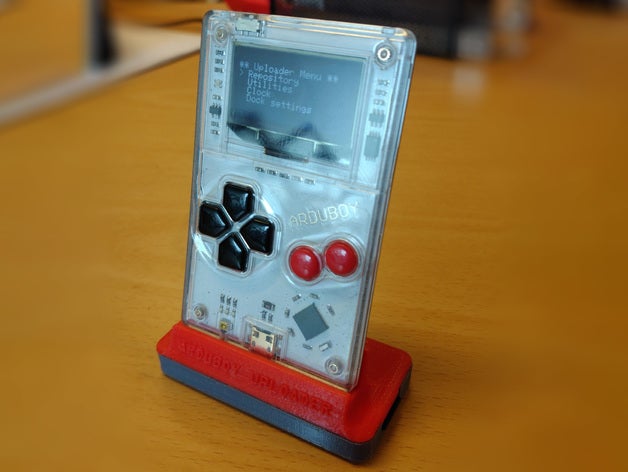 Even the Arduboy has some of that yellow (presumably anti-static) tape in use: 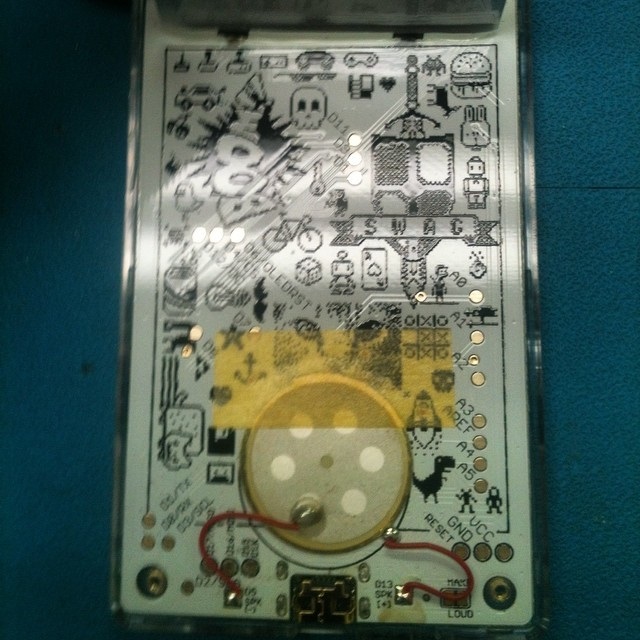 No that looks great! I’ve just got the arduboy today. It would have been amazing to have the option to buy a cart or the modded version above. Still hopefully I can work out the app so she can switch games on it while we’re travelling.

Very happy though. Thanks for all the friendly replies. Now to decide which game would be best for her to start with!

[Edit] I now realize how that comment could be taken the wrong way! I was going to recommend a game but of course it will be one @Vampirics and I wrote.

What game did you write?

What game did you write?

@filmote has written in no particular order…

I now realize how that comment could be taken the wrong way!

I must be pretty dense because I don’t understand in the slightest.

Hello I am back after a little break, moving back to Portland also shipping lots of Micro Arcades and trying to get the education initiative off the ground. I’m gonna rebuild this again soon with suggestions and new title screens and work on trying to put it onto a flex pcb mod chip for sale.

Maybe do a small kickstarter for it next month. I’d like to feature a few of the key developers in the campaign, would prefer to have some people on video.

None of this is new, just letting you know it’s still on track if just a little slower but what else is new!

I know I’m a bit late to this, but my Arduboy nearly always has either Arduman, Lode Runner, Helii or Crates Car Chase. It would be great if I could have all of them at once!

This along with all other development saw a pause as I moved offices, will be picking this back up in coming weeks and deploying it into the mod chip!