Right now, the Arduboy is using:

There had been talks to add some SD card for storage or a 32-bit microcontroller for faster processing or a color display. But the problem with these upgrades is that you lose the simplicity, lightness and resource-bending playfulness of the Arduboy platform. And at this point, you might as well upgrade to a… Pi Zero for example! 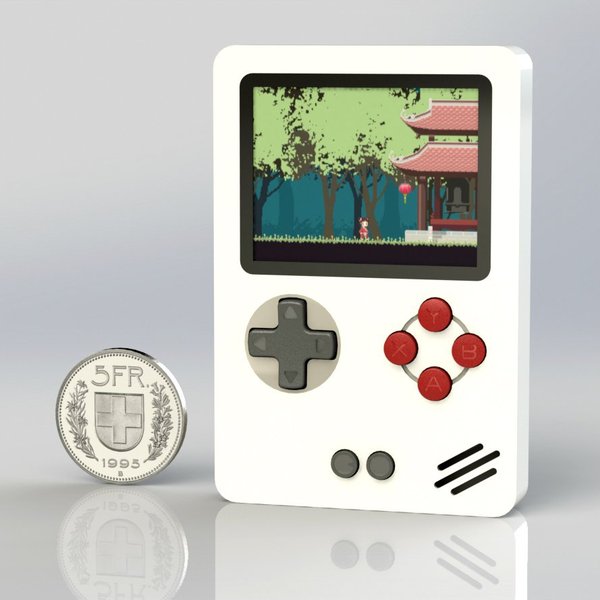 For the pros and cons of using a CPU versus a microcontroller, I let you start the discussion below.

picture look cool. your story is similar to PICO-8.

i think it might be interesting to making real machine.

Very cool, got a Pi Zero kicking around that I need to do something with, so colour me interested!

I love this. Especially the potential for love support!

Very Interesting. The next (and last) step for minimalist Gaming

I was thinking those pi 3’s might make an interesting dev box for an arduboy.

picture look cool. your story is similar to PICO-8.

PICO-8 is cool! I had seen it and then forgot about it. Someone might be able to port it easily in Lakka/RetroArch as there is also a PICO-8 port on LÖVE and Lakka already has a LÖVE-compatible framework.

I was thinking those pi 3’s might make an interesting dev box for an arduboy.

Maybe a version could be made with the future Pi Compute Module 3 but the Pi Zero is actually more interesting from a power consumption standpoint.

pi zero’s are cool, when you can get your hands on them for $5, otherwise $10 shipping kills it for me. with that said, i have two somewhere laying in a box. two $15 pi zeros just siting in a box along side my pi1 and pi 2

You can check the availability of the Pi Zeros on Where is My Pi Zero?

In my experience, the shipping rates of Pimoroni tend to be lower than the other distributors.

I’m neither of those but awesome idea!

If this comes I will eat my hat(ok not really but I will eat something)!