I’d be alright with getting rid of the credit-card scale form factor, but I know for a lot of people that would be a deal breaker.

Also it would probably mean having to create a new mould for the plastic cover, which would be relatively expensive.

Oled is interesting, however it’s not as energy efficient as a reflective LCD.

Maybe not, but the current screen is OLED, so it’s closer to the original screens.

We don’t really have many 3D games.
I can only think of one game that’s truly 3D, the others are just pseudo-3D (e.g. raycasting).

It sounds like you’re thinking of trying to create an entirely different console rather than a simple upgrade.

Perhaps via the same use of dithering that’s used on the arduboy’s greyscale display, one can achieve some sort of grey?

There also are a lot of pocket calculators, like Texas Insturments, or even the Seiko ER8100 that uses larger B&W screens that have the potential to display more than B&W.

Yes, I find the arduboy at monochrome display, and low resolution, a limitation for creativity.
For instance, play some sort of racing game, with the bottom of the screen a minimal dashboard, speedometer, and tach, and you only have half the screen left for the game itself.
And I don’t think the Arduboy is limited to what it is today. I’m sure, like the Raspberry Pi, they’re upgrading it slowly and surely to make the perfect gaming console.
Which is a device that has eons of battery life, due to it’s energy efficient design, and loads of fun programming games, as well as playing them!

There are plenty of games that could be ported or recreated on a slightly larger screen, larger resolution, and slightly more cpu power, that were available on the old DOS system of the eighties and early nineties; however with monochrome you’re limited to games like pong, etc… Games that generally are seen as quite boring.

I think the sweet spot definitely is 4 to 8 color monochrome. Anything more, and you’ll need a team assembling games; as opposed to 4 color games are easily made by a single person with some experience.
4 color games with a 320x240 screen resolution isn’t easy! You still need to design any graphical elements, and design music, and a game engine…

Yes, I find the arduboy at monochrome display, and low resolution, a limitation for creativity.

The low spec is the main reason a lot of people develop for the Arduboy.
There are plenty of other programmable colour consoles out there:
Pokitto, Gamebuino Meta, GameShell.

The Arduboy fills a particular niche that the others don’t.
That’s what a lot of people like about it.
To pluck a few examples:

Beyond the lack of having the ability to have multiple games I like it as is.

If it went colour and or arm then I’m out because there’s already a million and one other devices and plenty that will cost less.

If I really pushed the boat out I would like an accelerometer and RTC.

Someone said it elsewhere, so I figured I would post it here since I agree with it so much… Having a full-blown color model with Bluetooth and Wi-Fi, SD, and a lot of RAM and everything under the sun… All that stuff combined just makes for a product that has to rival soooo many others in the gaming market. The Arduboy is great because it’s niche and really has no competition for what it offers. I’d like to think that the next version of the Arduboy would still be in niche area.

It’s more or less been decided that color isn’t going to happen, at least not with anything specifically Arduboy branded. I’m interested in the color OLED, but as other people have mentioned and it’s more and more clear to me now… Arduboy has something special with the 1 bit graphics, pretty much no other system has this design aesthetic. It makes it unique and it also forces developers to think a little bit different.

however with monochrome you’re limited to games like pong, etc…

I agree that 4 colours would be a good upgrade, but as I said before, the trouble is finding a suitable screen.

A number of people don’t want to part with the ‘credit card’ form factor.
The userbase is slightly conflicted over what they want.
Some would sooner have more screen space than more colours.

(And technically monochrome means “A black and white image”, so 4-8 colours would no longer be monochrome.)

Anything more, and you’ll need a team assembling games; as opposed to 4 color games are easily made by a single person with some experience.

I beg to differ.

The real difficulty comes from the scale of the game in respect to the ‘power’ of the console, and how far you choose to push both.

Often trying to squeeze a decent size game onto a platform with limited memory requires more skill than writing a similar game for a slightly ‘larger’ platform because there’s less leeway with what you can get away with - it forces you to think about optimising your code for size/space.

But for a lot of people that challenge is part of the fun.

Sorry if any of this sounds harsh, I’m just trying to make the point that what you’re looking for doesn’t seem to be the same as what a lot of other users are looking for.

Most people don’t want the Arduboy to change drastically.

Maybe you should look into some of the other colour consoles that are available?
They might be closer to what you’re looking for.
(E.g. Pokitto, Gamebuino Meta, GameShell, Odroid-Go…)

Though I’d recommend creating and publishing an Arduboy game before you give up on the Arduboy.
Most of the fun is in creating games rather than playing them.

But for a lot of people that challenge is part of the fun.

The fun and the frustration. Any average programmer can make a game on a platform with ‘unlimited’ memory and a high powered CPU. The challenge with an Arduboy is to make something that’s fun and playable within the constraints of the platform.

It seems we regularly have these conversations. Somebody buys a ‘retro, monochrome, credit-card sized gaming platform’ and then wants to turn it into a fully-featured, full-colour computer. I am not sure what attracts these people to the platform originally but what they want does not resemble it in any way.

I’m just going to repost this again, seems like the obvious answer to the question you keep asking, but was completely ignored… if you want to work with something that already exists, get yourself a Smart Response XE!

specs are a step-up from the Arduboy:

I’m sure, like the Raspberry Pi, they’re upgrading it slowly and surely to make the perfect gaming console.

Pi’s make good consoles, but handhelds? Not so much. They can take minutes to boot. Arduboy is instant.

however with monochrome you’re limited to games like pong, etc… Games that generally are seen as quite boring.

Circuit Dude and Dusty Argile would like to have a word with you.

I’m not seeking a full color gaming console. There indeed are plenty of those out there.
Just merely a console based on a slightly larger DOT matrix screen, which is potentially backlit, but where the back light can be turned off from; with a bit more pixels than the 128 pix restriction.

A lot of the content out there, has been made under the old PAL/NTSC platform, meaning 224-256 pixels height, 4/3 aspect ratio.

As far as the 4 color greyscale (white, light grey, dark grey, black), you could create libraries and incorporate them in the arduino OS. That way, 4 colors can be called upon at the software level, even with a monochrome display.

I don’t really care if the display is monochrome, or a 4 or 8 grayscale display, as long as it can display 4 colors.
But the resolution really would need to be improved.
4 colors on a monochrome display also gives another problem (see my newer topic ’ Grayscale dithering + lower FPS = higher resolution!’)

But the resolution really would need to be improved.

It’s been said countless times on the forum that in order to get a better screen, we’d have to find someone who makes those screens. I don’t really know how to find a manufacturer, though. Hardware isn’t really my forte.

Indeed. I believe Asia still makes them.
You can find anything in Asia.
Texas instruments probably make their own.
Other than graphical calculators, I don’t know if there’s anyone still making these screens.
Motorola used them in their Voyage V200, the Wikireader had one,…
There is a large community for gameboy color clone replica screens, and raspberry pi screens.
Perhaps if someone looks hard enough, they will find someone in China still developing those cheap LCD screens?

There must be better ones out there for sure! 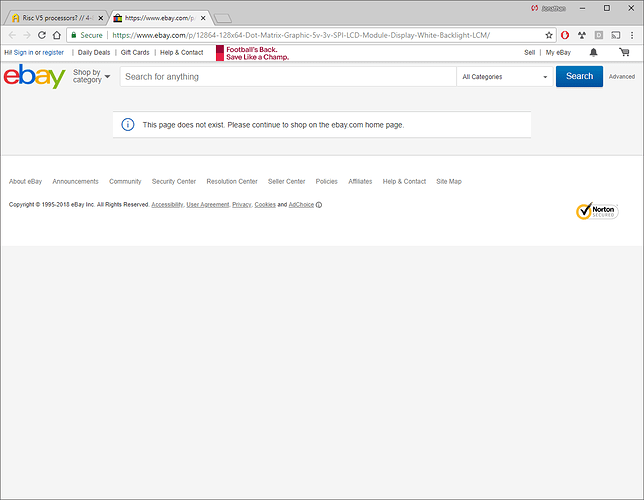 Do you mind mirroring the link or copy/pasting a pic?

CrystalFontz still makes screens like this, though massively overpriced!
https://www.crystalfontz.com/c/serial-lcd-displays/graphic/resolution/10

Electronic Assembly makes them almost at half the price @ $33/screen, still is too expensive.

But if you ask me,
This one seems interesting:
Adafruit Industries, costing $25(probably less in bulk), 144 x 168 pixels, but no touch screen or backlight.
Then again, it looks like it’s a very reflective screen, and should offer superior viewing compared to a Gameboy Classic, or black and white Palmtops or Blackberries.
https://www.digikey.com/product-detail/en/adafruit-industries-llc/3502/1528-2326-ND/7386264

Another larger screen, that would be very interesting, is from the black and white screen from the Jetbook mini. I contacted them, to see if they had any info on who manufactures their screens, as the Jetbook mini has been on the market long enough, and the arduboy is a totally different market.

Prices go up a lot once you depart from the standard 128x64 pix screens.

The other forum, on the Smart Response XE (<-see vid), is sold for less than the price of a screen, for the whole device.
many $11-$14 ebay offers for this!

The biggest issue is finding a 1.3” screen that will fit the current form factor.

A mono LCD would be a step backwards IMO.

Not from a power consumption perspective.

I agree that 4 colours would be a good upgrade, but as I said before, the trouble is finding a suitable screen.

The screen we have can do 2 or 3 shades, but the problem was we don’t have vsync to keep everything aligned. Of course doing the coloring in software burns more CPU than hardware, but if all we found was another cheap SINGLE color OLED screen WITH exposed vsync and a fast refresh you could easily make it greyscale. Now having the RAM to buffer that becomes the new problem.

The screen we have can do 2 or 3 shades

I’m not counting tricks where the pixel has to be alternated every frame.
I’m only counting solid colours.

@ProDigit it seems what your wanting is something closer to a Gameboy If this is the case why not just get a GBASP with flash carts and a multi boot cable?

I’m not counting tricks where the pixel has to be alternated every frame.

How do you think greyscale works on other OLEDs?

It’s just PWMing the pixels at a different level. True there is a difference between having to deal with it ourself and the library - but if we had another RAM I actually think that’s a pretty small difference - since it could be abstracted away entirely from the end user.

If Arduboy had vsync and we drove the screen via interrupt you could easily have sold it as “2 SOLID shades of grey” and shown that in demos and games with no issue at all.