Well it’s easier to add them to the design and just not mount them when not needed.

Ok lets stay back on track, the new topic here is code and testing.

One last thing, maybe some of you aren’t familiar with this but now I’m thinking it should be my addition:

Yes! you are correct. However, I’m ok if you need to resize or move the position, as long its a perfect square, I’m fine!

Sorry @GnobarEl … I went back through the changes and though I had introduced it. I didn’t realise when you reduce your image down to 1 bit x 1 bit it becomes a simple square.

That’s fine! Don’t worry with that!

Ok just ordered the FPC from OSH park. Heads up their new software seems to ignore the bmp import method, they had a how-to for making silkscreen artwork work again, but it was several pages long and didn’t want to read it right now… so after all that, no artwork until I can figure it out. Just wanted to get things rolling. Might have to convert it to SVG and import.

Also ordered up chips and paste, everything should be here before christmas with hope.

Chips came in! Tools should come in by Friday!

Maybe even more because of the hollidays?

Good to to hear the FPC is in production. Any sneak peak on the final board layout?

its the same i didnt modify anything

3 posts were split to a new topic: Fun with solder reflow

The flex circuit has been sent to the fab at OSH park! Probably another week or two!

I let me self get distracted too much these last couple of weeks. So didn’t make much progress. Will pick it up again early next week.

No worries! It’s a race to see if I can build it before you get the software done 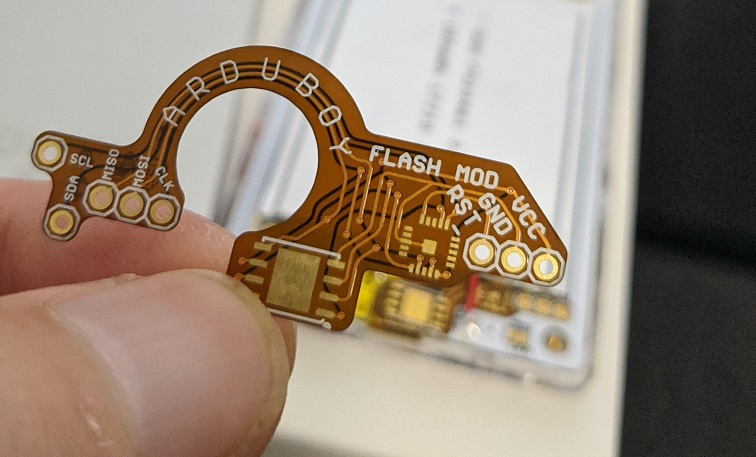 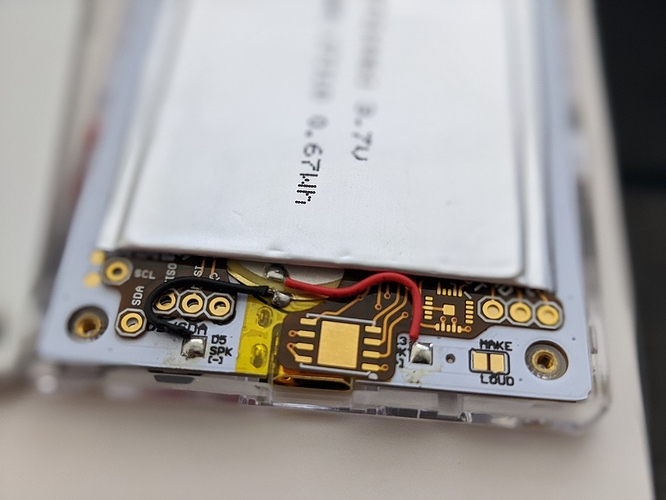 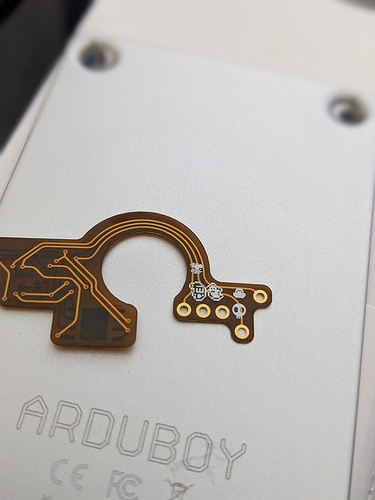 Pardon my thumbnail! Well, it fits pretty damn good!! Just need to populate some components on there and waiting on @Mr.Blinky incredible wizard skills to come up with some software to try on it

And for some reason a few of the silkscreen images printed on the back side! they were all on the file converted and added to the document at the same time, so very confused. But actually the resolution is quite good! Don’t know if this would hold over to whatever place does mass production of these, but OSH park at least has amazing resolution on the silk.

The display isn’t happy about the CLK line of the mod chip being attached for some reason, I might have a short or it might just need a series resistor. 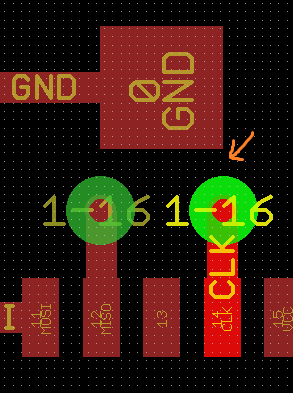 Will diagnose with signal analyzer next week! 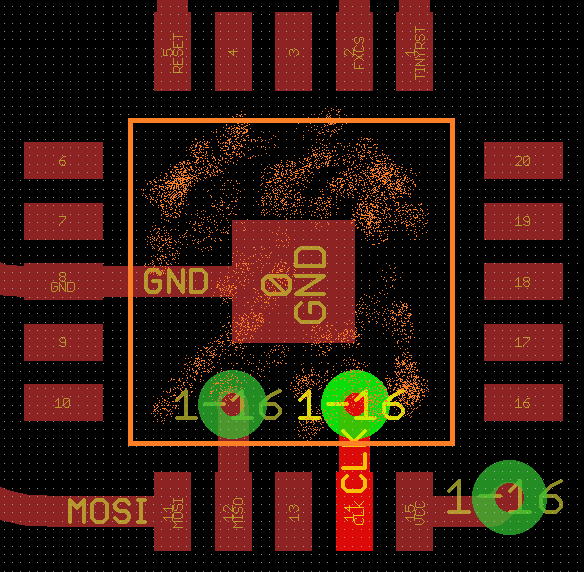 image584×572 13 KB
I almost certainly have a short there, the entire orange area is the ground pad on the MCU. How silly of me to think the pad and the footprint are the same thing!

The vias should be “tented” and help prevent this, but this illustration shows what the problem could be, considering there is probably “too much” solder paste there too:

Of course I don’t even have a simple multimeter, but I will next week.

Hopefully it’s nothing more nefarious than this. Can just be solved by putting the vias on the outside. Takes up a bit more room but it can fit.

Good news: It fits perfectly mechanically and is not difficult to install.

Should be possible to mask those pads during soldering with a thin slice of kapton tape (if you have some handy)
Any spare flex pcbs? I’d love to build one and maybe help with development, or at least testing. But I am in Australia…

Looks great! As soon as I saw the proximity of the untented vias to the thermal die pad I immediately thought there may be a risk of shorting against the underside of the chip.

They do appear to be tented, but not quite well enough

The issue likely is the tolerance on the soldermask expansion. It might be a better idea to angle the via a little further away since there’s some empty area near the corners of the chip. It’s generally not a good idea to place vias that close to pads.