I’m just gonna pull the vias to the outside of the pad. Not super happy about it from aesthetic standpoint but mechanically there is still room.

And for some reason a few of the silkscreen images printed on the back side! they were all on the file converted and added to the document at the same time

And Blinky was on the wrong layer

I also think you could use a piece of kapton tape to insulate the pads. Masking tape or a small piece of paper will probably do also for these versions.

My perfboard version doesn’t look as nice. But it’s good enough for now. The (factory default) attiny85 sits nicely between the flash. No issues sofar
recycled W25Q64 on an adapterboard (left), attiny85(right) : 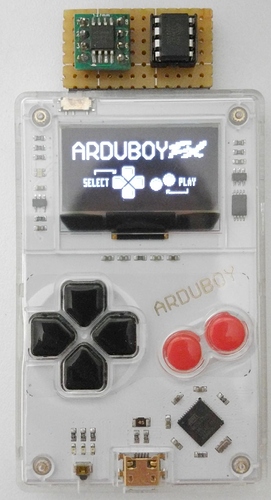 wiring at the back : 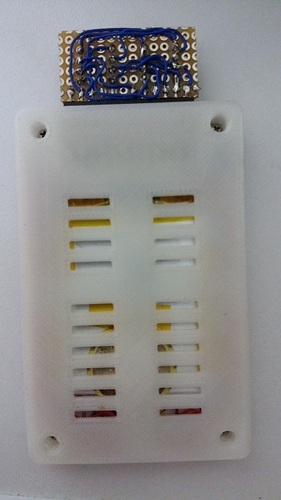 Well I’m super happy to hear that you were able to wire it up without issue. Gives me confidence the schematic is functional.

Yeah, I’m gonna use some kapton to mask it off.

I’ll be back at my workbench next week, so I’m holding off until then.

At some point I’m going to have to ask @Mr.Blinky for tips on bootloading the SAMD’s from a flash IC. I need to get sound working first though

Arduboy Mod Chip.... WORKS! Well, boots now courtesy of not having the clock line shorted to ground. Anyways, follow along as we try to take the last few steps to launching a new campaign! community.arduboy.com/t/self-bootloa… https://t.co/RKBI7SqvYL 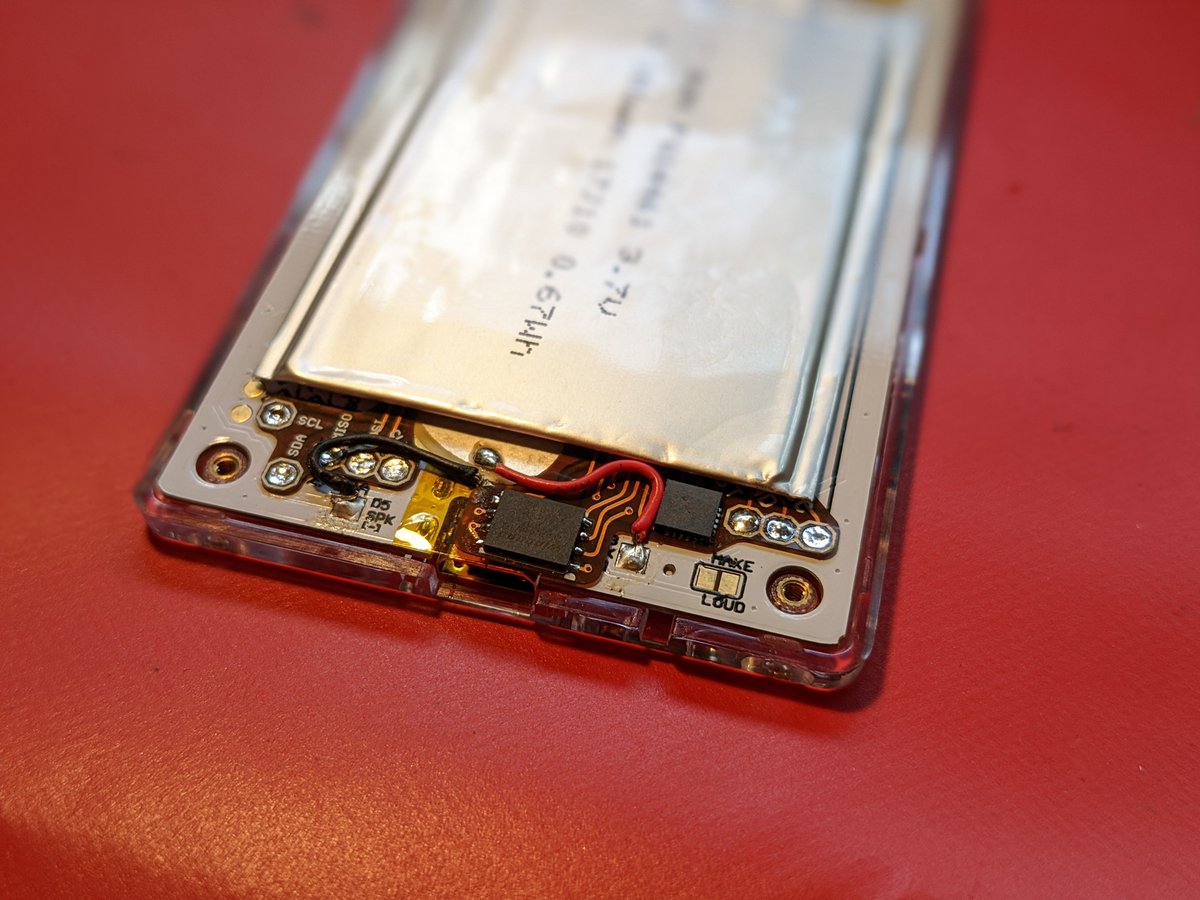 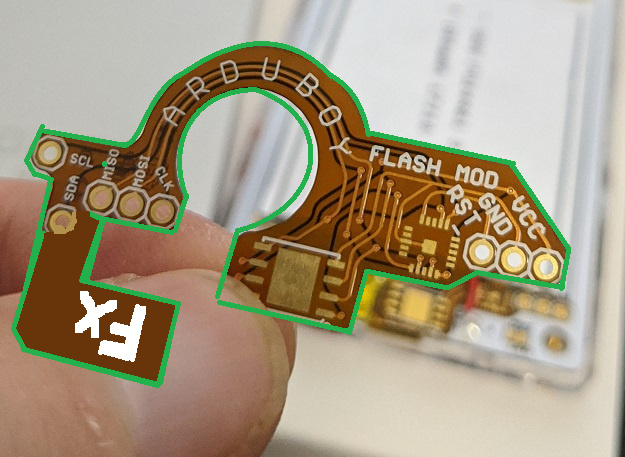 I wonder if you could extend the flap a bit and put some sort of branding on it… When installing, you insert the extra flap FIRST into the other side of the Arduboy’s chip, then fold the film before soldering it. The result would be a little badge-looking thingy that you can easily denote the Arduboy as special when looking at it from the front. 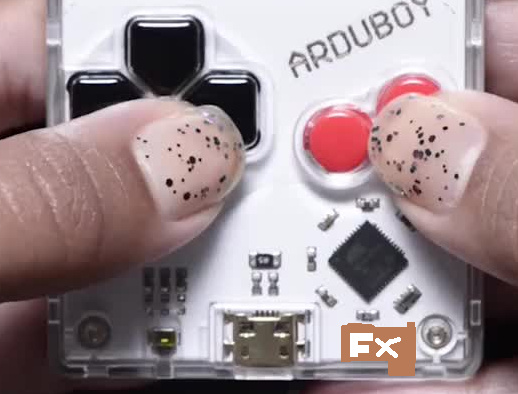 It would be easier just to include a sticker that could be placed where you’ve indicated, or somewhere else.

The pre-modded one would have custom laser engraving, so I suppose that would be the most suggested route if you wanted to show it off, but I do like that idea. At least including a cool sticker would be something to do also. I’ll think about it.

I think having it under the case is nice, and it being part of the flex circuit is kinda cool but I fear it would make it even more fiddly to install than it already is.

I think its quite a clever idea … but maybe a sticker is easier to install (albeit another cost).

Yeah, having to fiddle it in might stink, but not sure because at the same time, it seems like it could add stability if you get it aligned propely. And, some folk may not want to put the sticker in. I probably wouldn’t. I would add it to something else.

I like the idea! But I also think a sticker would be more convenient. fancying a little FX gold sticker that could be stuck onto the atmega

Aw yeah, the flex pcb came out really well! Did you end up using hot air to mount the chips?

Yeah a little gold sticker and you can put it anywhere you want, but the right size to fit on the atmega. I would get it to be a hologram sticker.

I would get it to be a hologram sticker.

An FX sticker with some FX

Side note: The original resolution that @bateske uploaded this at has been lost. I think everyone downloading this and then uploading it has lead the quality to substantially lower, so I’m not sure if he’s able to import it in or not.

The original resolution that @bateske uploaded this at has been lost.

Most likely people have been doing <Right Click> -> Save Image As... instead of viewing the original.

What if it came with a little metal or plastic add in reset button like this? Then you could access the boot menu without having to toggle the power switch.

I think it might be possible to manage the tolerances and variances to make this work, but chances are it would rattle in the case a little bit.

It would be good if the end were flexible so it could be squashed into the hole without having to pull the case apart, but that would probably be quite difficult to do, if not expensive.

Yes … I think these should be available for all units - including old ones - and it would be nice to be able to fit it without opening the case. Just minimises the chance of someone damaging the battery tabs.