Should we have a 'homemade' category for stuff about homemade Arduboys?

Whoever wrote the code that calculates the percentages for the polls did a terrible job: 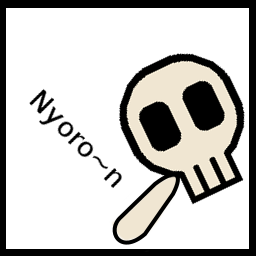 (In case the reference is to obscure, see here.)

I finally voted although before it’s final I would like to clarify if this new section would be Arduboy specific or somewhere members can post their electronics projects, diy forges and other homemade stuff.

I should add that a general projects section would enrich the forum and allow members to further connect.

Originally I was only proposing a place to stick all the Arduboy clones, but it’s true that would be good.

Maybe we ought to have a DIY/Maker section and the Arduboy Clones/Homemade Arduboys (or whatever it ends up being called) could be a sub-section.

I wonder if @bateske has seen this yet?

I wonder if @bateske has seen this yet?

Yep, it’s a pretty good suggestion. I’ll look at doing it soon. Probably could have been done a long time ago to give more individual attention to each creation. At the same time this does provide a sort of like “images” thread of stuff people have made.

Hmm seeing the current poll. I’m wondering If I should start renaming my hombrew package to homemade package

Sorry to bump this, but it’s worth noting that the $12 arduboy thread is now 80 posts away from automatic closure.

It may be best if @MLXXXp or someone that can lock the topic with a post linking to a new one.

I’ve been meaning to try to take a look at how to split up the post as is to try and distribute peoples works.

Maybe it’s better to just move forward with that instead, since we’re up against a hard limit.

Could have a gallery page on the front page potentially.

Sorry really behind on all the community maintenance stuff I talked about… busy shipping. All I know how to do is ship right now.

I’ve been meaning to try to take a look at how to split up the post as is to try and distribute peoples works.

It might be easier to contact the people who contributed examples of their work and ask if they’d be willing to make a thread about their project in the new category (or categories) when it opens rather than trying to move posts in bulk.

Some of the users who posted things might not reply because they’re not as active, but a number of the users who did are still active so it would be a good start, and I’m sure at least some of them would like to talk about their projects in more depth.

Unfortunately there’s a lot of intertwined conversations in the thread. It’s regrettable that nobody thought to bring it up sooner, but we can’t change the past, we can only improve the future.

Could have a gallery page on the front page potentially.

One of your new favourite past times?

It would certainly be fitting for a gallery, it would possibly help to attract more ‘makers’ to the Arduboy.

Sorry really behind on all the community maintenance stuff I talked about… busy shipping. All I know how to do is ship right now.

Linus knows not what he’s done.

I’d argue that technically clones aren’t modifications to the Arduboy itself. Something like @eried’s case decoration with hydrographics (and his less high-tech ‘colour in with a marker pen’ decoration) would be more in line with the definition of ‘mod’.

You could vote for the ‘Other (Please Comment)’ option. Ultimately “Homemade Arduboys” is pretty far in the lead anyway so I don’t think adding another option would sufficiently tip the scales, even if it wouldn’t wipe out all the existing votes.

Also it’s looking like it might be better to make “Homemade Arduboys” a subcategory inside another category (e.g. DIY or ‘making’) so that the outer category can cover things like @uXe’s FGPA VGA adaptor circuit and @eried’s Arduboy Dock that aren’t Arduboy clones but are still relevant.

And also @bateske will have the final decision since he’s the only one (that I’m aware of) who can actually add a category.

The homemade category is implemented, looking at pulling out posts next but feel free to do it on your own.

As far as I’m aware only 7 people have the ability to pull out posts, regular users aren’t capable of pulling out their own posts.

Anyone can make a new post however, so let’s hope that the people who have posted their creations will find chance to make new threads about their creations.

Either way I’m convinced this will be a great addition to the site.
It will help to keep things organised and hopefully spark more discussion.

I’ll repost my stuff in homemade when I’ve got an update for them.

As far as I’m aware only 7 people have the ability to pull out posts,

I’ve not done this myself, nor tried… this is the next step… but I believe it pulls out all subsequent replies as well? So I don’t know if I’ll have to keep sequentially pulling out posts or if the site will handle it intelligently. So I’ll have to do some tests first.

I’ve not done this myself, nor tried… this is the next step… but I believe it pulls out all subsequent replies as well?

Not quite, you have a choice.

You have the option to select a post and all its replies, but it only selects direct replies, not everything underneath it and (I think) not replies to those replies.

Basically you can select whichever posts as you want, they don’t have to be consecutive, then you can either migrate to a new thread or migrate to an existing thread.
(It’s a multi-select system, a bit like how you can use ctrl+click to select individual files in Window’s file browser.)

Migrating to a new thread turns the first post you selected into the main thread post, which can look a bit odd depending on the post. I think we might be a bit lucky here since there’s a number of comments in the thread that would make sense as their own post heading (particularly ones introducing the clones people have made).

Migrating to an existing thread is sometimes better for keeping context, but the owner will get notifications about any new replies to the thread so that can be a bit awkward if a moderator creates the thread since they’ll end up with a surplus notification or two.
(Unfortunately I don’t think there’s a way to pass ownership of a thread after creation. If there was this would be easier to do.)

One option might be for people to make new threads and request that certain comments be migrated onto it. Though that could be an issue if more than one person wants the same comment migrated.

I know all this because I’ve done it before.
(I’m a moderator on the Pokitto forums.)