The Game:
So this is my first game, i decided to pick an easier and simpler one to make so i can get to know Arduboy SDK nitty and gritty.
It’s inspired by the Star Wars Battle Pod Arcade Game. It depicts the rebels assault on the Doom Sphere, the Empire enormous space station and you, as a Rebel pilot, have to destroy the Imperial Fighters until you get a chance to shoot into the Exhaustion Port and destroy it.
It’s quite simple and doesn’t have much replay value. Any feedback is appreciated.
You can download the game, use the assets and checkout my (beginner) source code on Github.

A Little Intro on myself
Hi! I’m a new owner of an Arduboy and i’m in love with the thing,
I’ve been aware of Arduboy’s existence since 2017 but i regret so much not picking one before.
Since before, when i got my first Arduino i was weirdly interested in developing games on it, and my “dream” was to do a very low-fi Wolfenstein Clone and then design a GameBoy shell-like to it. In the end Arduboy is so similar to my idea but it’s so much better made.
After completing this game i’m eager to engage in the community, including making more games and contributing with the development of tools. Just PM me, 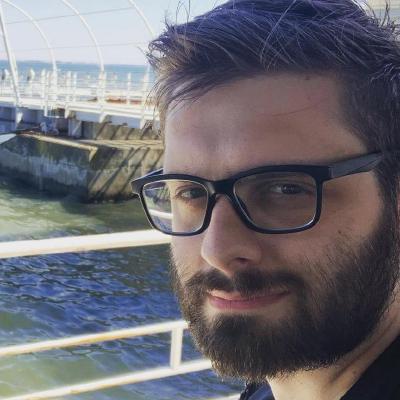 Trench Run is an Arcade game for Arduboy Game System, where you play as a rebel pilot on the Death Star assault. You have to fight against Tie-Fighters to reach the Exhaustion Port and deliver the ...

Thanks!
Below are some of the “development sketches”, if anyone is interested in that sort of thing.

Since i’m a new user, it seems i cant upload the .hex here, nor do i know how to embed the emulator.

When you upload the HEX file it will automatically ‘embed’ the emulator.

Very cool by the way!

Sorry, when i tried to upload it said that as a new user i couldn’t upload .hex files. When this restriction lifts i’ll try to re-upload the hex file.
Also, Thanks!

Alternatively you can flag your own post and ask a moderator to edit it in for you (like I just did).

By the way, you should probably add a ‘LICENSE’ file to the repo.
It makes GitHub add a licence icon to the repo,
and it makes the licence a bit more obvious anyway.

If you click ‘Create new file’ and then type ‘licence’ or ‘license’ into the filename box then a ‘Choose a license template’ button appears.

That gives you several common licence options to choose from.

I was going to make a fork and then make a PR, but then I realised it’s probably better to tell you about this so you know how to do it in future (if you don’t already).

Thanks for the headsup and the detailed tutorial. I didn’t really knew, it’s one of my first open source projects. I’ll add tomorrow!

WHOA! Very impressed! It looks really nice in the emulator. Love the crawl, but I was surprised by how much it looks like the movie.

It plays really nicely, too!

Grrrr… attention to detail… The back scroll is supposed to fade into the distance, not scroll straight up!!!

All sorts of little ideas for improvements you could make.

To make it really Star Wars-y they should be named “Deflectors”,
but that’s probably a bit too long for the screen. :P

Just tried this on the emulator, it’s pretty good

Out of interest, is there a reason you decided to change from MIT to GPL?

I might not have chosen the right one since I’m new to the license business, but I only wanted to, if anyone made any modifications or improvements, that they also released the source for it. That’s about it, I don’t know if I got the license terms right.

Well, in reality (hahahah) you have both shields and hull. Though the hull never seems to take much in star wars. So maybe shields is more accurate.

About the controls, the crosshair scroll 2 pixels per frame, so yes it’s not very precise, but If reduce to just 1 frame, it scrolls too slow.

So you need a different frame rate… or different polling rate (hard) or an algorithm that varies the speed… OR you can also move it just 1.5 pixels per frame too though… no reason it’s gotta be a whole number.

The GPL and MIT licences are both popular licences for Arduboy games.

However personally I dislike the GPL for two main reasons:

If either of those things bother you I’ve found a licence that still requires people to publish the source of their derived versions, but doesn’t require them to use the same licence (the LaTeX project public licence). It’s not a particularly common licence, but it’s still a completely valid open source licence.

If you aren’t worried about either issue then feel free disregard this comment.
If you have any questions, feel free to ask.

you can also move it just 1.5 pixels per frame too though…

For a long time now people have mentioned fixed point arithmetic here and there, but I’ve always thought it’s a shame that it’s not something more accessible to less experienced users. Worse yet the amount of online explanation of fixed point arithmetic is few and far between, so it’s difficult for even experienced programmers to find a good level of information about it. Hence for the last 2-3 months I’ve been secretly working (on and off) on a library that will help to make fixed point arithm…

If you aren’t worried about either issue then feel free disregard this comment.
If you have any questions, feel free to ask.

I really didn’t know, I’ll revert back to MIT if it’s better to the community

I tried not using Floating Points knowing there is a performance problem, though I haven’t benchmarked the game using it. I also knew about Fixed Point, but as your post describes, I didn’t knew how to use it.

I’ll probably make a V2 with some of the suggestions on the thread. Also there are some optimizations that I can do to reduce the Sketch size

Unfortunately licences can be quite complicated.

Some people don’t bother with licences at all, but that’s not a good idea either because it means that technically nobody can modify your code.
It’s better to use a licence that’s not quite right than to not have one.

MIT is probably the simplest and most permissive licence.
(Unless you count licences like CC0 that actually try to get rid of copyright altogether.)

Using MIT would mean that technically people could publish closed source modified versions if they wanted, which isn’t what you wanted.

Ultimately it’s up to you what you choose, I’m just trying to make sure you’re aware of what each licence allows and that you’re happy with the implications.
(I should really write a simplified tutorial about this stuff someday…)

I also knew about Fixed Point, but as your post describes, I didn’t knew how to use it.

The library comes with:

All the normal arithmetic operators work as expected, and floating point literals are converted at compile time:

Though somtimes you have to remember to explicitly convert:

If you decide to use it and need some help then feel free to ask.
If you don’t want to use it that’s fine too.
Floats might be a bit easier if you can afford them.

@Pharap thanks so much taking your time to write this explanation. I’ll probably try using Floats but if it end up slowing the frames, I’ll give the lib a try.
For sure I’ll use it when I try to do the FPS one.

Sooo… what are the chances we can change the title of this game to something that is less likely to get the site issued a DMCA?

I’m going to have to hide this thread until it gets a new name and title screen, sorry! I think everything else can stay the name, but “Star Wars” especially in it’s font is going to be covered by their intellectual property and I don’t want to get an email from Disney lawyers please.