I suggest that you remove arduboy.audio.on() from setup(). Some people may wish to mute the sounds using the Audio mute control feature that is available from calling begin().

IndieCade Europe was cool. People liked Arduboy and Gamebuino Meta. I played “What the golf”, “The Game: The Game”, “Hellink” and other good stuff. “Square Nose” was warmly welcomed. See you next year!

BIG UPDATE !
Here comes a new character: Lethal Mouse. It is a robot toy prototype that has to pass some tests to prove it is not dangerous. This update is like adding a hard mode, because you will play the same as Square Nose, exept that the new character has more restrictive controls. You could not change direction in the air. You won’t stop moving until you press DOWN, or an opposite direction button, or collide a wall. 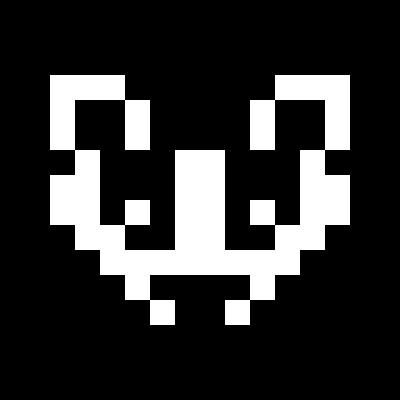 A Sonic demake on Arduboy! Contribute to JuiceLizard/SquareNose development by creating an account on GitHub.


And Square Nose can roll now, if you press DOWN and RIGHT/LEFT. His speed is slightly bigger in that way.
For people who own a Gamebuino Meta, the same update is going to come soon.
2 Likes
Vampirics (Stephane C) June 7, 2019, 12:20pm #26

I really like the game, but did it really need a hard mode? I thought the game was quite hard already

This is really hard! I thought that was already the hard mode

I think we should make a tournament to see those hightscores!

Tournament based on time to finish the three levels
(minutes, seconds, tenths of seconds)

Why do you say it’s difficult? I removed the time over

Lets go for the Tournament!

I compiled the newest version into a hex but when i run it in projectABE theres no sound. Not sure what i did wrong. Otherwise the game plays fine (and is tough as nails lol)

Thank to Square Nose, Arduboy will be in Japan Expo, Paris, this july.
https://www.japan-expo-paris.com/fr/exposants/2019/square-nose-color_10719.htm 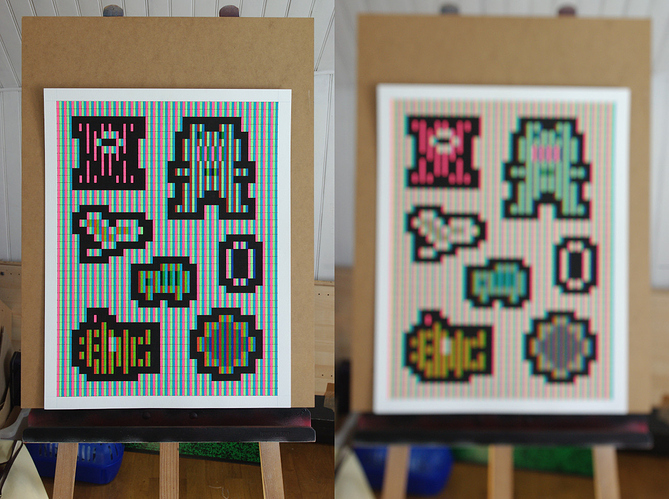 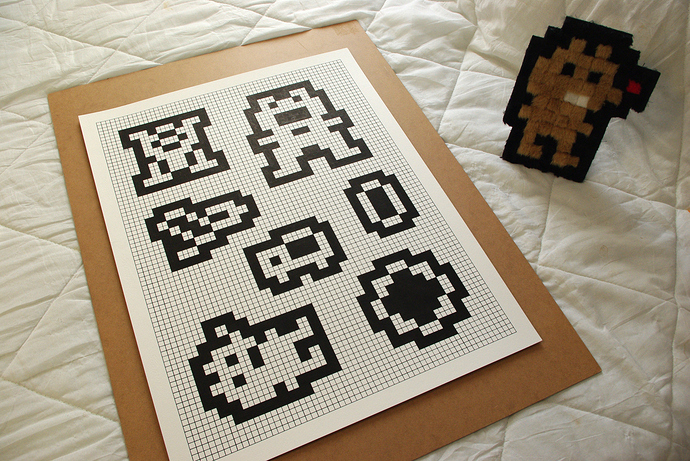 Arduboy was in Japan Expo (Paris, France). Four days of fun with Square Nose the squarrel. A lot of people tried the game and discovered the open source game devices (Arduboy, Gamebuino Meta, Pokitto and Kitco). 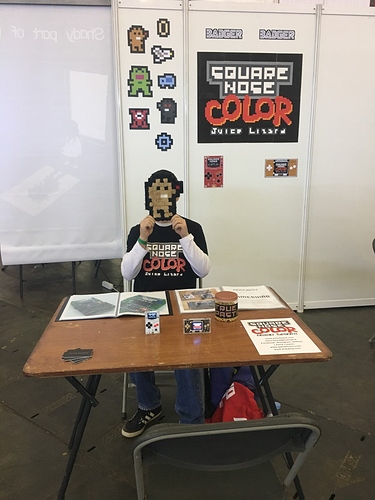 After a very long time, I am working again on coding Square Nose. Maybe not on Arduboy, but there will be a 4th level with a boss. It will catch the targets instead of you, and you will have to avoid him to win. Here is a video from the unfinished version. I will have to slow down the opponent to let the player being able to dodge it.

Hello, here is a new video from my game “Square Nose Color” (with the updates). I have a YouTube channel now, so take a look at it! https://youtu.be/rmoecIFblBU

I am happy to receive my three Ardugirls… I mean, three Arduboys FX today, after ordering them “recently” two years ago. My games are on it (exept “Cutie E” that is too much cool for non educated eyes).
I found a bug that I have never seen before: “Square Nose” has many of its sprites not displaying correctly. It miss the bottom parts. I don’t know if their are other bugs in the other games. I will try them soon. 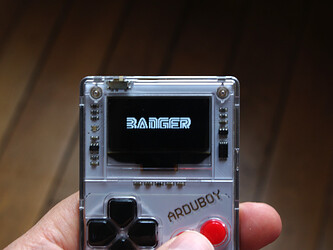 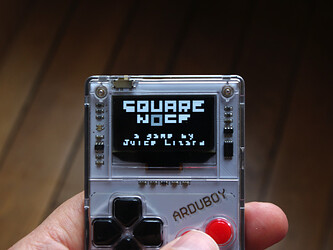 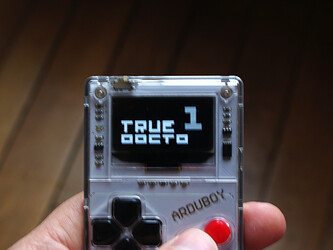 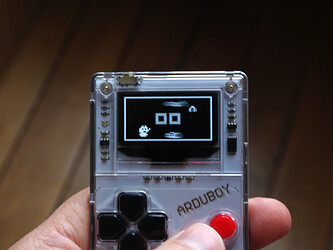 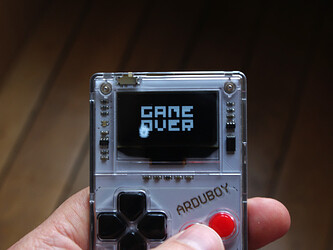 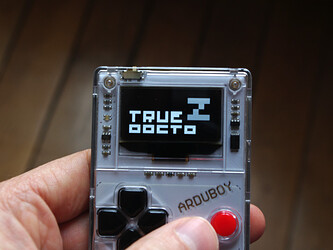 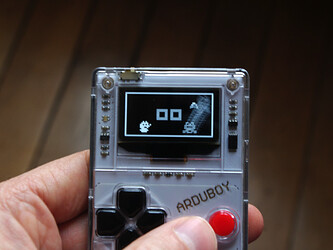 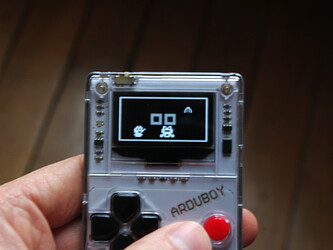 Uh oh, the games are modified slightly. The hex have been patched to include the holding up and down to reset. It’s possible this messed up something in your code, sorry I didn’t catch it!

Are games being patched ‘automagically’? Some of my games already have code to return to the bootloader by holding the down button when on the title screen. This was done to compensate for the lack of USB support.

Youd have to ask the blinkmiester for details, but I think it repurposes timer0 to add a interrupt that looks at the button state. As I remember it, his code retains the origonal function, and still takes up less memory space.

It checks to see that the timer0 function has not already been changed, so it checks that it matches the original, and then replaces it with his own.

So if you’ve got your own functions to reset the device, it will retain that.

OK … so if its doing it at that level it should be fine.

I wonder why it affected @JuiceLizard’s games then?