Oh my gosh, this is amazing. man you are my personal rockstar.

Ok, give it another try, I just upgrade to Arduino 1.6.9 and Arduino AVR Boards version 1.6.11
I then optimized a function to pass around an int and consolidate the float operation to once instead of four times, saving about 96 bytes.

Thus the EXACT game size is ruined. I was sorta proud of that. What the heck am I going to do with 50 bytes? Oh, more text…

Star Honor title animation. Was testing out something , so I thought I’d use your game title.

dude! This is so nice.

In file included from /home/me/Downloads/StarHonor/StarHonor.ino:4:0:
sketch/ArduboyCustom.h:5:24: fatal error: ab_printer.h: No such file or directory
#include “ab_printer.h”
^
compilation terminated.
exit status 1
Error compiling for board Arduino Leonardo.

Plus the project includes a custom version of Arduboy and Core libraries that strip out some features to make room for more game! (Sorry Flashlight!)

I took a few minutes and ported Star Honor to my Arduboy2 library. It now compiles even a bit smaller.

I haven’t tested it much so I don’t know if it works exactly the same.

My fork with the changes is on Github. I can make a pull request to the original repository if you wish. 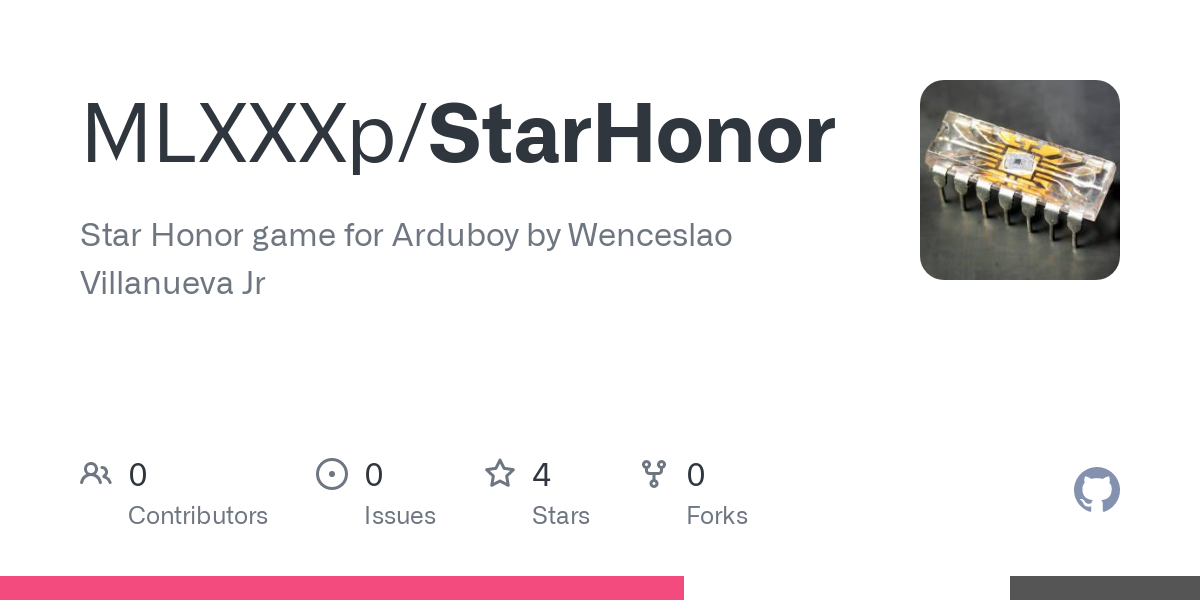 Thus the EXACT game size is ruined. I was sorta proud of that.

Which compiler are you using and platform? Do you have the latest Arduboy library from GitHub? Seems strange it can’t find ab_printer.h

That’s very cool looking. Wish the Arduboy had an SD Card slot to have as much code/assets as I want but that’s what I like about the platform. No project can spin out of control.

MLXXXp put up your game that uses the arduboy2 library and that works.

I appreciate that but I’d like to get the one in my github working first for my own education before I merge in another lib. I’m interested in why it isn’t compiling because I have it working on my end and if I’m not using ab_printer, the Arduino IDE should basically compile it out. I’m going to be doing a code clean up soon as well so I already have a branch that I need to work on and bring back and I’m not great with Git.

I’m interested in why it isn’t compiling because I have it working on my end and if I’m not using ab_printer, the Arduino IDE should basically compile it out.

The compiler has no idea what the purpose of ab_printer.h is, so it tries to load and compile it, which gives an error because it doesn’t exist.

It’s true that because your sketch doesn’t use it, it won’t be linked in to your sketch, but it still has to be able to compile it. The same goes for all the other errors you get from references to things that have been removed in your custom libraries:

Ok, for some odd reason in OS X it compiles fine but the moment you remove #include “ab_printer.h” all of it comes apart. I’ve edited the library and tested compiling and installing it on a vanilla install of the Arduino IDE in Windows.

It looks like its functionality is eventually going to be incorporated back into the official Arduboy library but things are proceeding slowly, as usual. As it stands, you should be able to use Arduboy2 and then once the official library is released, to switch to it you would just change Arduboy2 or Arduboy2Base to Arduboy or ArduboyBase in your sketch.

If you’re curious, you can follow along in the develop branch of the Arduboy library:

I’ve just installed it without any issues. I love it, my favorite game. This has so many potential, i wish the arduboy could have more flash…

I’m glad you liked it! Like I said in the original post, I had a lot of plans but ultimately I had to distill the experience down to the core. There’s a lot of power in constraints for you design and the Arduboy is amazing for that. With a little more space I could add AI Ships, Deeper “loot” and equipment system, etc. You can see remnants of stuff like that in the code.

I’m going to be cleaning up the code base soon (Working a lot right now) but I checked it in like that just to show people and to have a branch preserved incase I ever revisit those aspects. Thanks for playing!

Yes i did, arduino IDE in OSX. didn’t need to change anything.

Did you grab latest? In the GitHub that line is commented out.

That was so close… 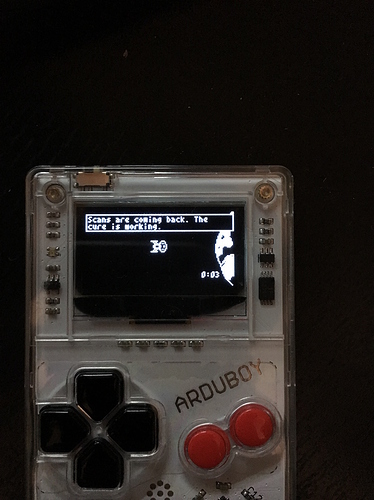