It’s always best to leave a fair amount of program space free. A library or the Arduino core code could increase in size on a newer release, due to fixes or enhancements. A sketch close to the program size limit may no longer compile small enough with one of these new releases, causing lots of complaints or questions from people trying to compile it in the future.

This game is so good! I’m adding this to the list of my favorite Arduboy games .

those are all good points. I’ll free up those bytes (I think I can get about 100 or so) and leave them free. 100 bytes is probably still not a great buffer, but way better than 0 at least.

Worst case scenario I know of places to get more bytes, just they’d be a lot more work to achieve.

Just playing this and I have to agree with @crait, it’s so good. Casual games are just so underappreciated, I’m totally loving this. There are these funny little texts on signs and that people say. Great job!

woot, thanks! Glad people are liking it.

I do think old boots come up too often, so I’m going to try and fix that

yeah, but I did that intentionally. For stronger fish, you have to get right on it when they bite or else their pull gets too strong to deal with. I liked it, as it seemed (kind of) realistic. For me, more advanced fish can sometimes take a couple tries to get in pro mode. 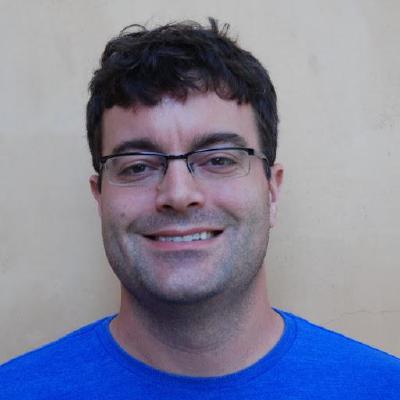 A fishing game for the Arduboy. Contribute to city41/tacklebox development by creating an account on GitHub.

The website component of the game was updated to match this version, so if you stick to an old version, you’ll get slightly incorrect results.

Jake, the boot man, now only wants 4 boots to account for them being more rare, Lobster, crawfish, beta are a tad easier to get. They were too rare before, especially beta. In pro mode, the small window has more variety now, making it more interesting.

Is there an ending to this game? Sure I guess I could just go through the source to check but I’d rather not in case there’s some surprises there.

I think I will start the game over with the latest version.

Is it just me or it would be cool to see that thing actually float on the title screen? ( I know it’s useless lol)

No ending, just getting all the fish is the goal. All the fish at their max size if you’re obsessive.

I wanted to squeeze in some kind of congrats when you get your 20th fish, but ran out of room.

Could of been awesome to have some kind of museum in-game that shows the fishes you got and the max size it was. ( Yes you can see it in the menu… But still would be cool)

And yes, if no more room for anything I understand why you can’t.

Yeah a museum would be awesome

Could get rid of the collection menu and just have a museum, but the museum would surely use more flash.

Thinking more, I think what I’ll do is put a little trophy icon in the hud when you have 20 fish. I should be able to squeeze that in.

I like the idea of the trophy. About memory… Did you remove the usbstack? That could free up enough for that museum maybe.

For the crazy people like me keeping track of the time it took to get all 20 fishes could be another bonus for replayability… Could have 3 trophies depending on the time it took… Ok enough madness from me. The game is great even without all this.

I didn’t remove the usb stack. I am really hesitant to do that.

But could make a “Tackle Box: deluxe edition” with all these ideas and have that version pull out the usb stack

If the museum was just a building that when you entered you just popped into the collection menu, then the only added cost is the additional museum tiles on the map. Probably around 128 bytes. That might be doable

Compress the map, it’s taking an enormous size as an array. Make a function instead: getMapTile(x,y), in which you decide what tile is at which position, which can save a lot of space if you consider most of the world is empty space, then bodies of water is just some combination of rectangles, map borders are mostly the same etc.

Yeah compressing the map is definitely an option. The map right now takes up 1081 bytes. Your getMapTile idea is basically a variant on RLE if I understand it right, and from my experience the code for RLE takes up a lot of space. So it would be a win, but not sure by how much.

With that said, this is definitely worth trying. I’ll try it this weekend.

Doesn’t have to be RLE, or it can, or it can be a hybrid, just see what works best. Like (sorry for pseudocode, am on mobile):

Ah interesting, I like it. I’d also like to generate this code from the Tiled map, which I think is doable.

Generating the code automatically can be more work than just doing it manually, but it’s up to you of course. The grass variation can just be something random – a procedural generation. I believe this will allow you to save a huge amount of space, maybe even enough for other additional maps potentially.

This could save enough space to do a museum that is closer to Animal Crossing museums. That would be really cool.

Exactly what I had in mind when I proposed it