I just finished TankForceOne, a game in which you shoot enemies while trying to dodge the enemy mortar.
The further you are from the enemy when you kill him the more points you get.

This is my github for the hex and .ino 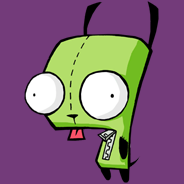 A game for Arduboy. Contribute to Xhakukill/TankForceOne development by creating an account on GitHub.

This is a link to the emulator
https://felipemanga.github.io/ProjectABE/?url=https://raw.githubusercontent.com/Xhakukill/TankForceOne/master/TankForceOne.ino.leonardo.hex

Thanks for taking a look.

Fun little game. I like it!
The controls are a bit tough to get used to. Would it be possible to change / add a option to use left/right for moving the tank and up/down for moving the cannon?

I originally wantedto use leftand right to move the tank but moving the gun with up and down didnt make any sense to me.
What directon should the gun spin when i press up?
Thanks for the feedback.

e leftand right to move the tank but moving the gun with up and down didnt make any sense to me.
What directon should the gun spin when i press up?

rotate towards 90 degrees on up and down to 0 degrees with down?

OMG this is so cool

Such elegant gameplay, destructible terrain, very addictive. The fact that it’s unlicensed only adds to its coolness.

These conditions (screen == ...) are mutually exclusive, wouldn’t a switch or elseifs be better here?

yeah you are. Adding the other screens was one of the last things i did. I just forgot to convert them to if-else statements thanks for the tip.

Great little game and I like the graphics for the title and player dead screens. Off topic … just looking at your flag, North Dakota was the 39th State to join the Union. I am pretty sure that tanks were not around until WWI.

The morphing terrain is cool. I think I agree with Mr. Blinky, I’m having a hard time getting used to up/down moves the tank. I switched the buttons around and I think it’s a bit better, although I do see what you mean about the turret being awkward with up/down.

I like it, it’s like Scorched Earth combined with a run n’ gun, which is a cool combo.

I just updated my .ino and hex to a version where you can press b during the start screen to toggle between the control shemes. It doesent seem that the emulator updated i dont know if it has a delay or if it just doesent update.

The game plays in the future. Multiple states have decided to become independent so the president of the usa has traded the airforce one for the tankforce one and is waging war against the rogue states.

I have updated the game. you can press b during the start screen to toggle between the old and new control sheme

Oh that explains it!

Thanks for adding the control scheme.