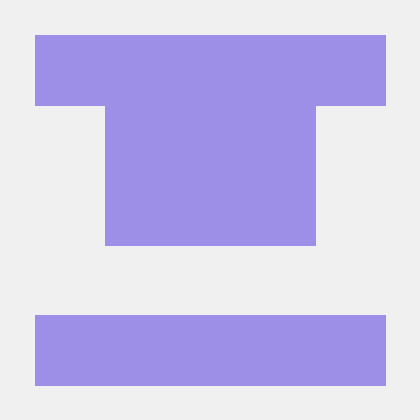 has it been done before? probably but here it is again, this is my first game (that i have finished)

play with a friend or the arduboy either way let me know what you think it works fine, but im sure it could use improvement

the goals here were to see if a. i could actualy finish a game without starting a new project, and b if i could finish one game in a day.

i would like to thank all of you who have put up with constant questions that i should have already known the answers to.

ADDITIONS
in single player press b to reset board

STILL NEEDS FIXED
if the board is filled and the last x or o placed SHOULD win the game it still counts as a tie,
ill get to that one eventually forgot about it untill just now

so after playing hundreds of games i am finaly working on the problems, button pushes, need work…

easy and medium are “done” and being tested now

hard will probably be done in a little while
BUT before any of you can see it, theres alot of “pretties” issues to adresse , more so moving things around by a pixel or two (when i initially made this i just guessed on alot of it, never intending to share it.

as you can see there isnt much to see,
title screen im fine with

player select needs a bit of work to look pretty

difficulty select, was made just now so its all about functioning while im testing then ill make it pretty

and the gameplay screen,
the grid isnt perfect, so ill fix that
the x and o are not centered within squares
the cursor isnt centered either, though only a few pixels off , its annoying and needs fixed

Looks good to me Curly !

indeed its not perfect yet, i got ahead of myself and posted the original version, BEFORE properly testing it, so the first person to play it, well lets say it didnt hardly work at all :P, lessons learned

we didn’t cover this in new games for vol 3 of the magazine, but will definitely include it in vol 4!

i had hoped you wouldnt in vol 3

mainly beacause there are still issues, however volume 4 sounds good, i have a couple other projects nearing the finish line aswell maaaaaby theyl be done by then,

also new to the current version, @crait 's arduboy manager2 screen mirror dealie now works with this game, thanks for making that crate, made me seeing exactly how many pixels i wanted to move a few things ahell of alot easier than guessing like i was doing

beacause people kept downloading the old version without difficulty lvls, i went ahead and put the current version up there, medium and hard still do the same thing but its better than the original easy!

in the old version, you had to TRY to lose, lol when i was initially testing it it was hard because the enemy seemed to be trying to lose

ok so id say this game is about as done as its going to get, i hope some of you enjoy playing it as much as i did making it,

i could make a few changes to make it a bit harder, but i dont think its realy needed

So how many of you have played this game, I remember when I made it like yesterday, through my time here I learned that though it works, most of the code could and should be updated, there are alot of little things I always found annoying that I now know how to fix

I have played this and like it … its a funny thing when you write a game like this. Everyone else is focussed on the game play itself but you the developer are fixated with the code. Could I have used function X instead of function Y, its cleaner but may use a few more bytes?

When I wrote my dominoes game I blew the memory of the Arduboy pretty early and spent a lot of time pulling apart well segregated ‘case’ structures into dirty ‘ifs’ and ‘elses’ that saved a few bytes by combining cases.

Re-write it or, better yer, put it down to education and thing of a different challenge.

There are game play elements that annoy me

Like the computer turn being instant
And a bit of the text being a pixel or two away from where I’d like em, I didn’t really understand how the buttons worked when I made it so I’d like to fix that a bit, if I put 4 hours into an update I’d be much happier with the end result

Four hours ? Then you will want to change a few more things, add some sounds, a scoreboard for high scores … a few days later we have a whole new version.

The high scores I feel is completely unnessisary though it may teach me a bit about eeprom , I doubt that’d go in if I did want to spend more than a few hours playing with it I’d more likely add music

Yep, its a good way to learn the EEPROM stuff (although this is really easy!)

Adding music is harder if you don’t have a musical backgound. Search online for some MIDI songs and then use a MIDI editting tool to strip away the complexity of the music. You can then feed the resultant simple MIDI through the tools on this site > https://github.com/MLXXXp/ArduboyTones