Hard to take a picture of this … the image is sooooo bright. Need to find the contrast settings.

Or an aerial steam carriage

I didn’t want to wait another week for parts so hacked up a usb nes pad and a old router
I now have RJ45 controllers. 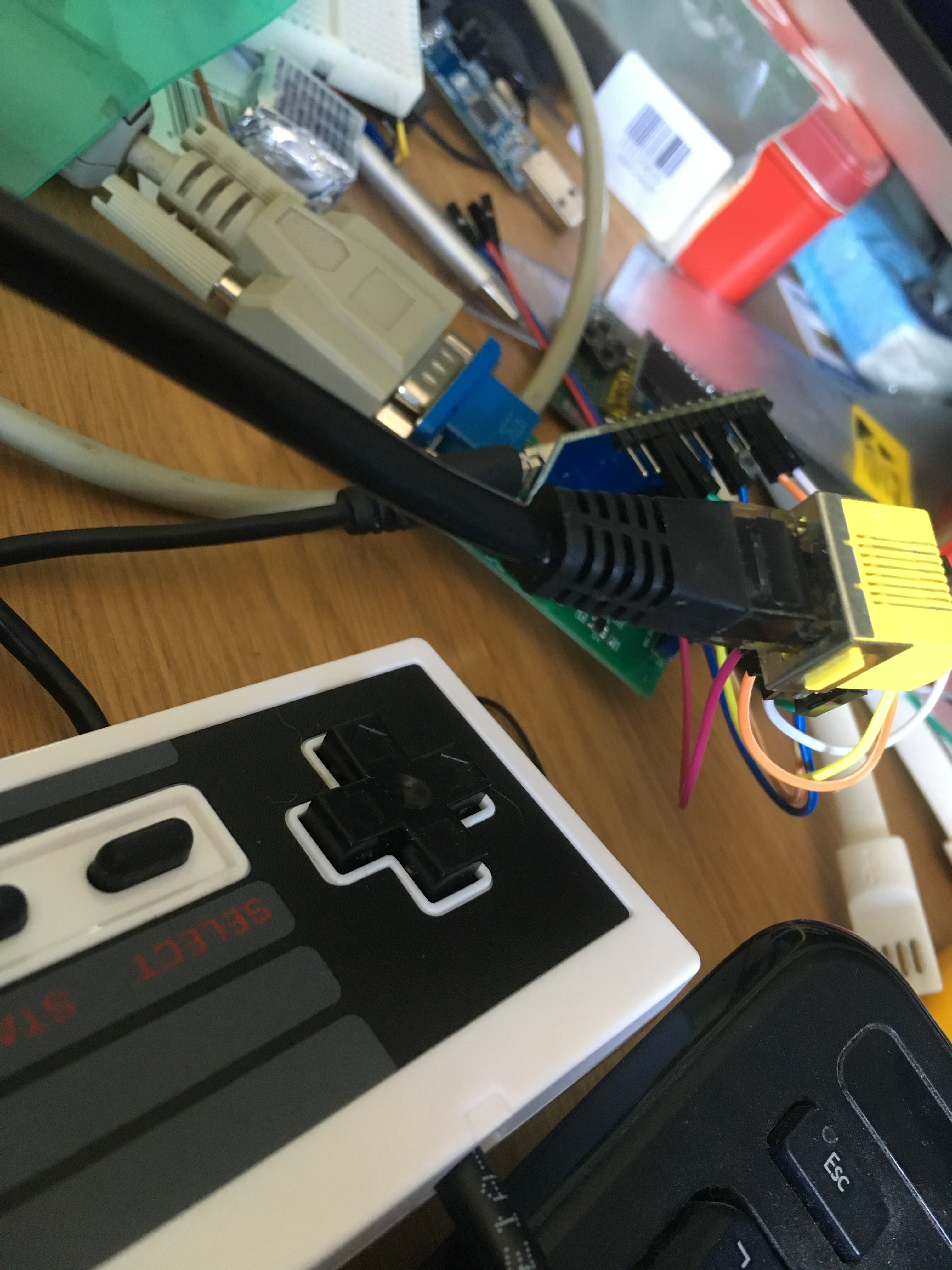 Very cool. My NES female plug arrived on Friday so I will be attempting the NES controller to Pro Micro wire up soon.

So I found some random bits of LEGO so why not. 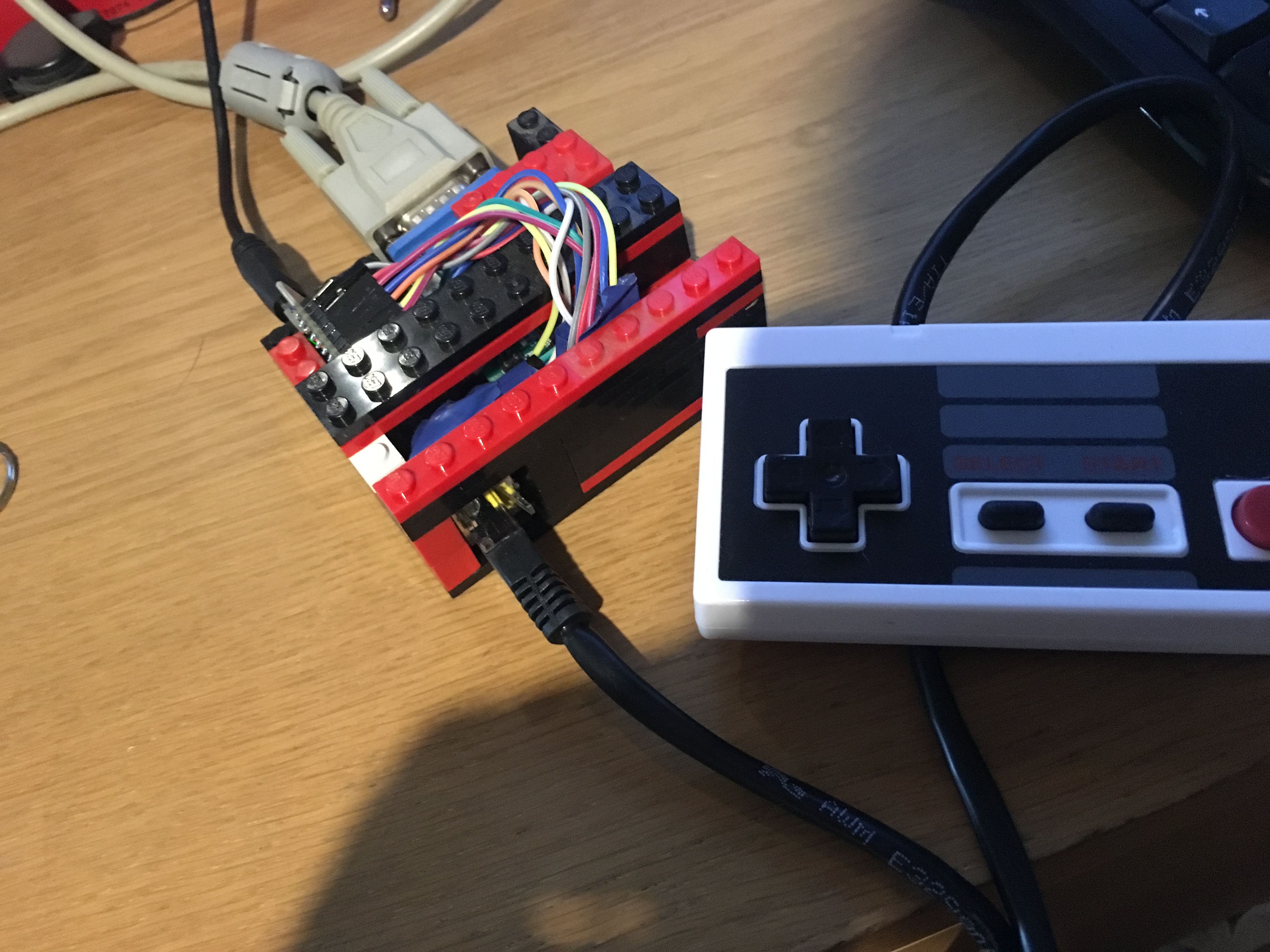 It was good enough for Google. 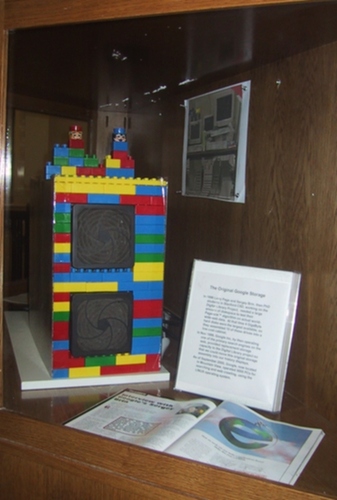 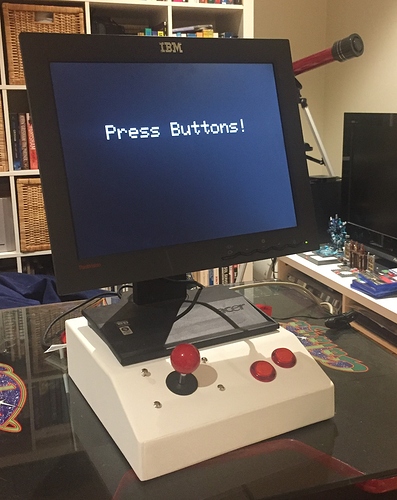 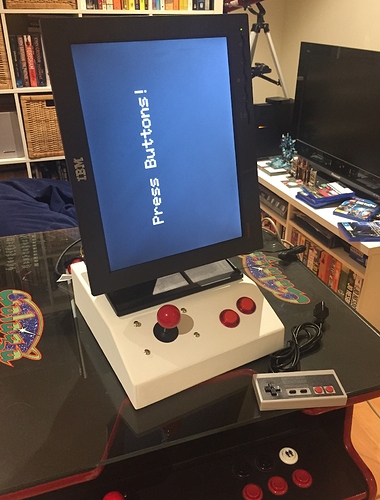 Thanks to @uXe, I have a rotating stand for my Arduboy Console. And yes it will be painted satin black to match the rest of the unit on the weekend as its too cold to spray at night now.

The unit has a power supply to power the Leonardo itself, the Pro Micro (which is interfacing the NES controller) and the amp for sound. Otherwise, its an IBM monitor mounted on a DELL arm … a bit of a mongrel really.

You may have noticed that I re-posted 1943 in vertical mode … I will be able to play it properly on this!

Yeah i was about to say it was probably why you updated your game. You can finally play it as it should be played.

Just realized that my son’s PS4 is in the background. Every time I look at one of his games I marvel at the amount of effort and detail that goes into the hardware and software itself. Here I am getting excited by an MDF box with a bunch of Arduinos wired together yet a single PS4 could have powered both the American and Russian space programs of the 60s / 70s simultaneously plus allowed the astronauts / cosmonauts to play space invaders.

Without meaning to digress too much…

And some final shots … 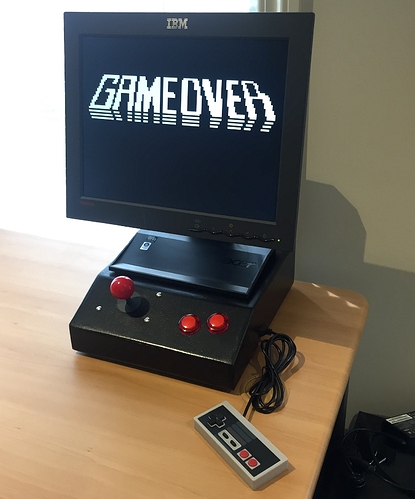 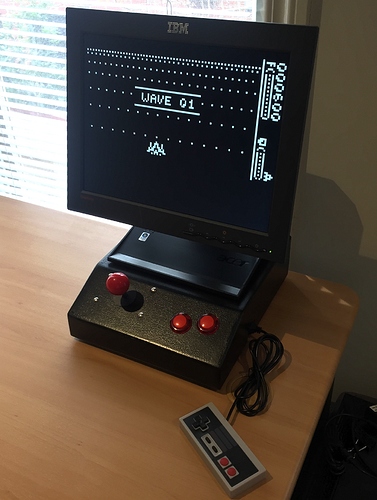 Sort of reminds me of my old Apple ][

Sort of reminds me of my old Apple ][

Ha! Loving it, excellent work - any photos of the inside?

Nope … but it sort of looks like this, unfortunately. 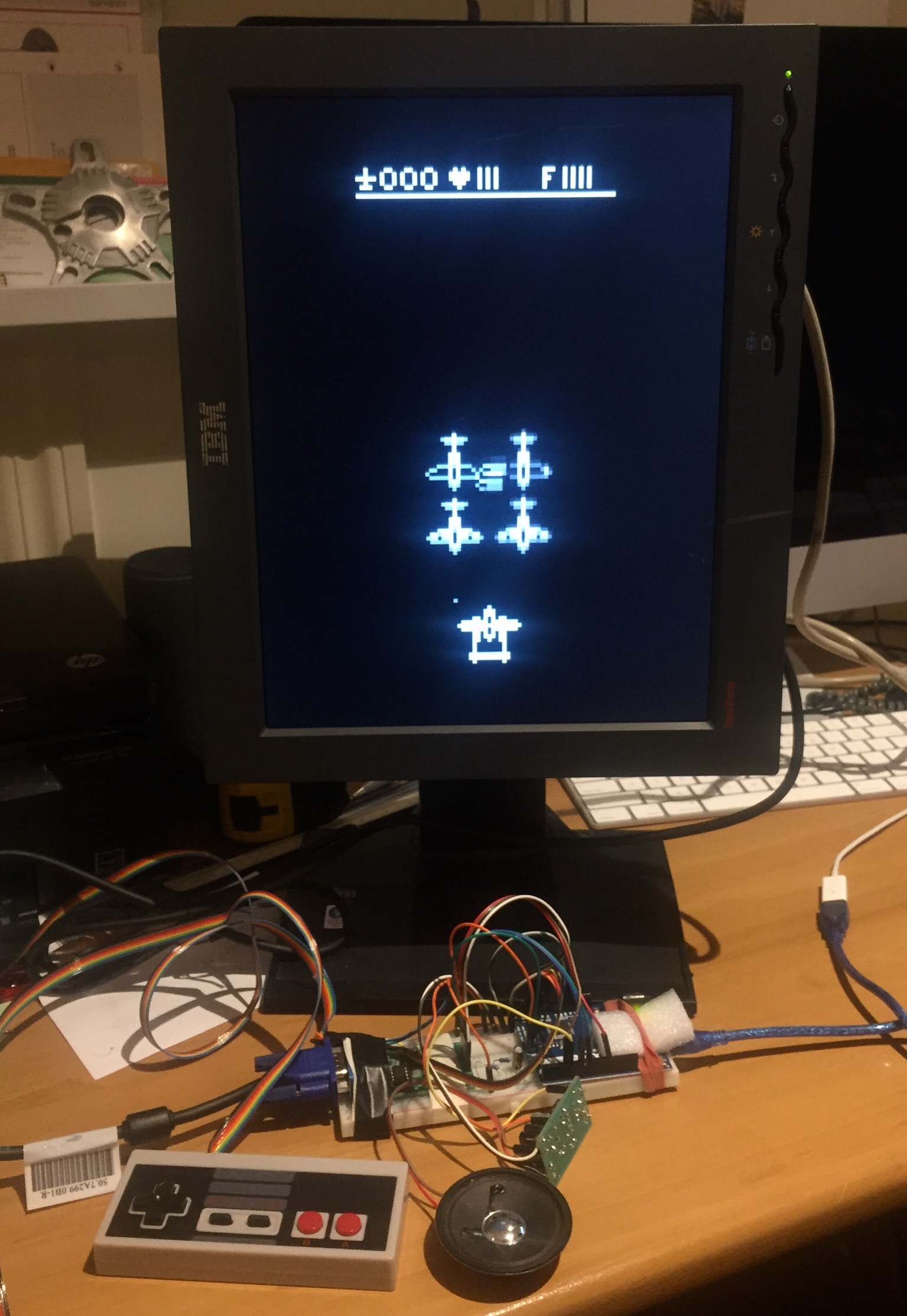 Juno First looks good on this. Makes me want to see a bezel at the bottom almost