What is Arduboy FX

Do you hate needing to find a PC just to switch between your favorite Arduboy games?

Buy a PRE-MODDED Arduboy FX, or upgrade your own using a screwdriver and soldering iron with the Arduboy FX Mod Chip.

Majority of the hard work done by: @Mr.Blinky 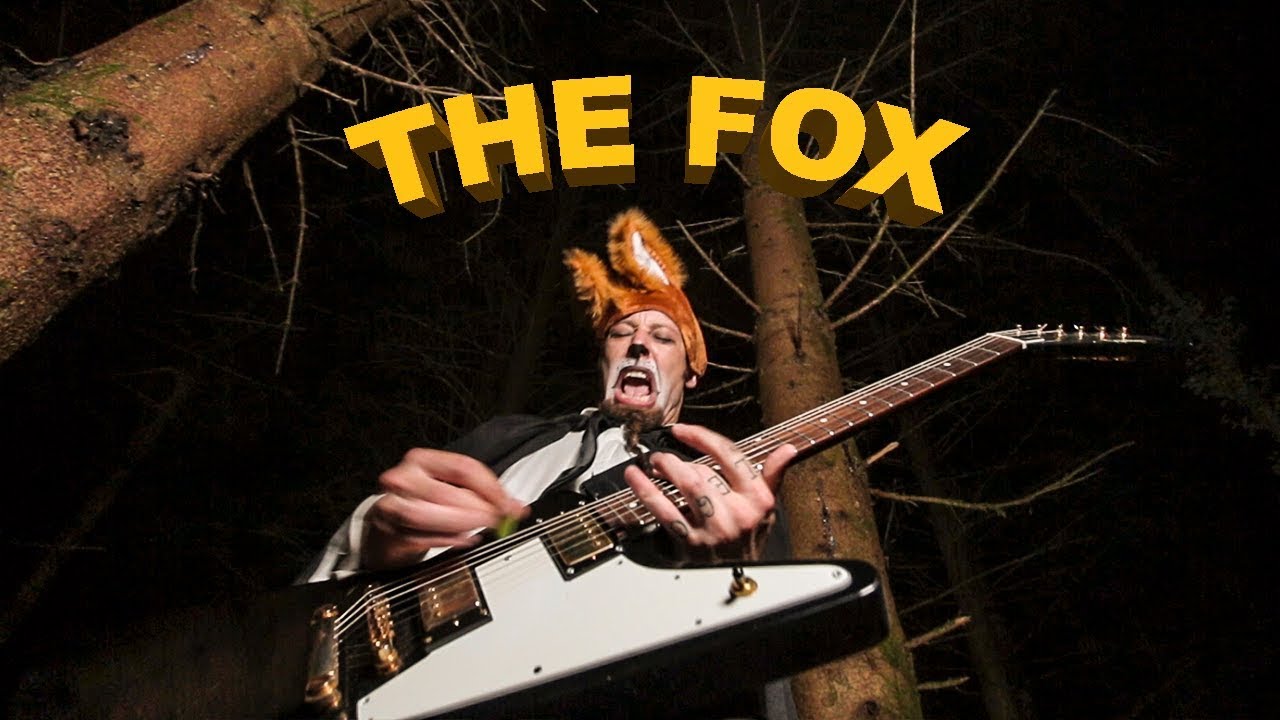 Its true it’s a graphic design nightmare that maybe one day will get fixed. 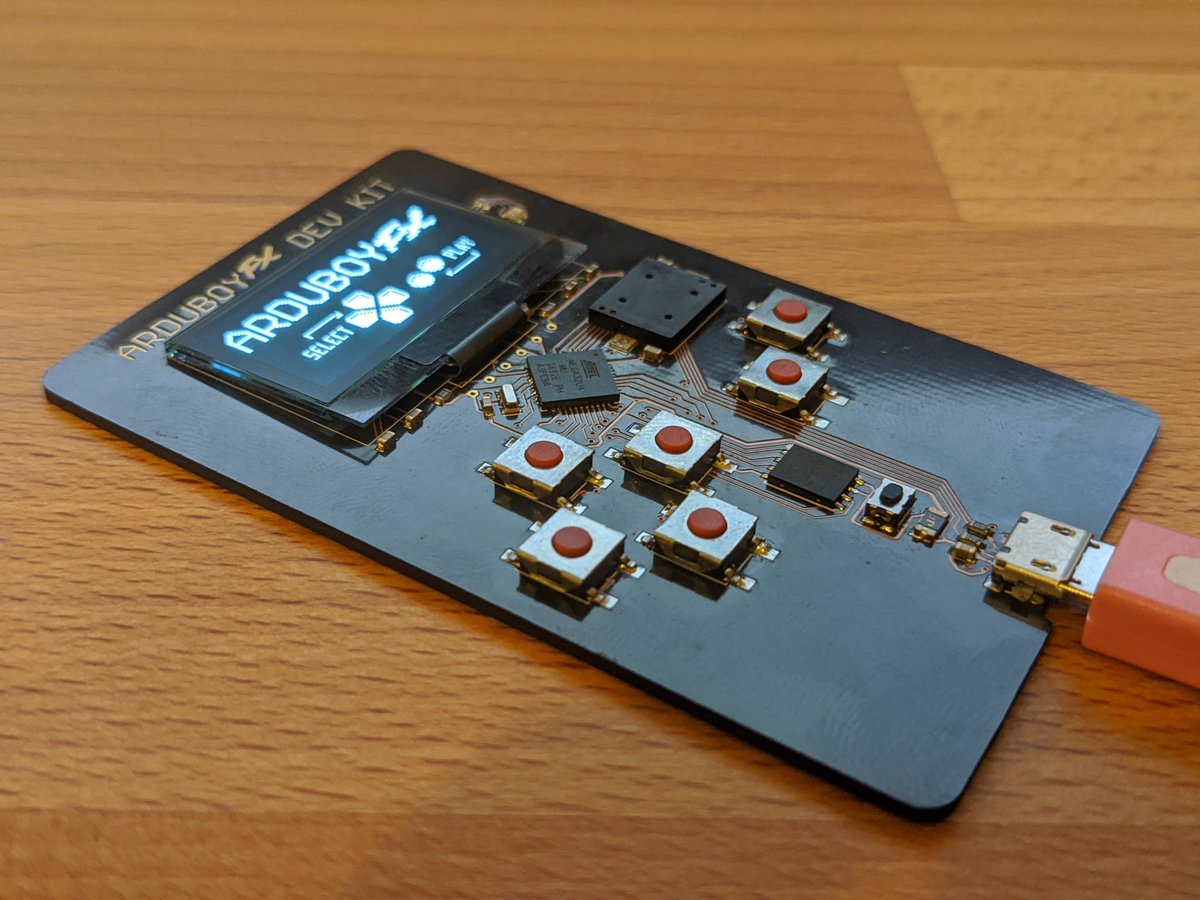 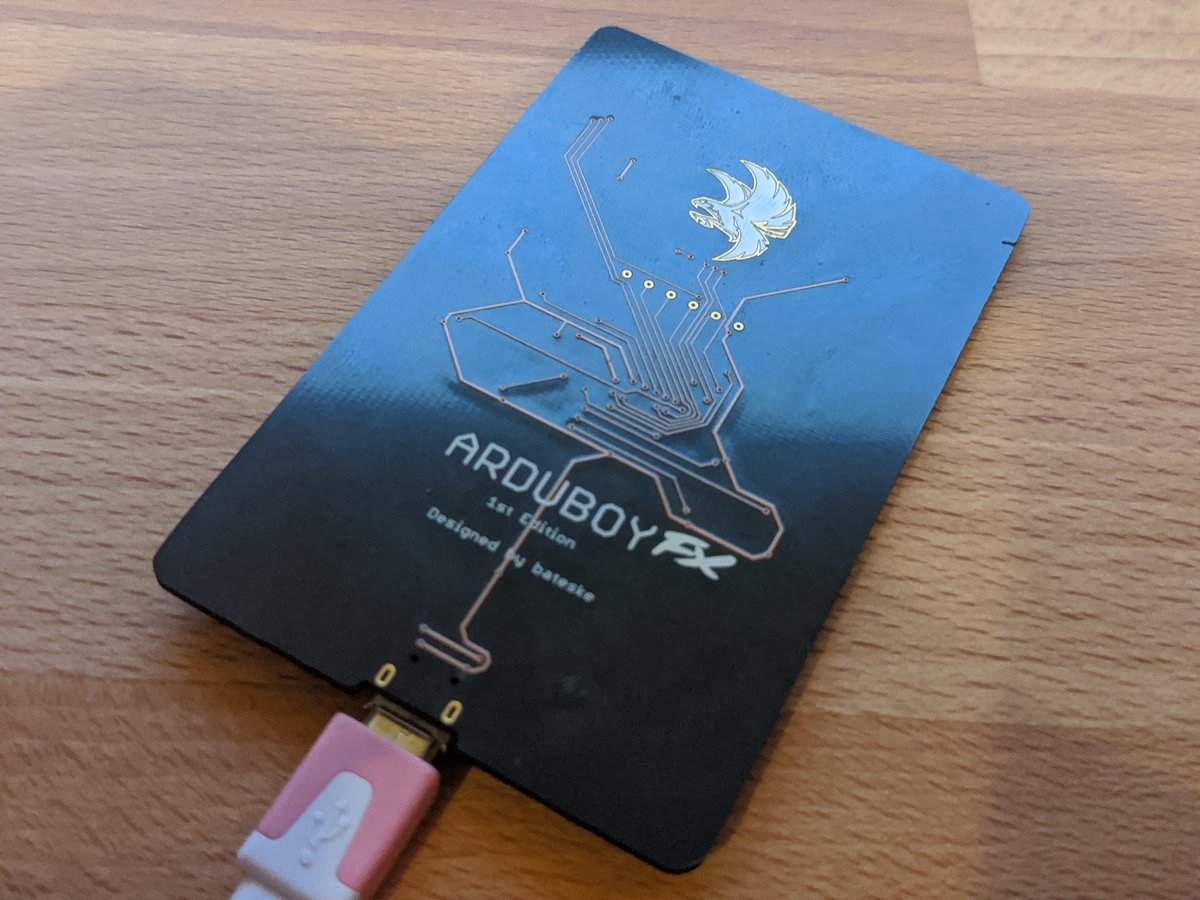 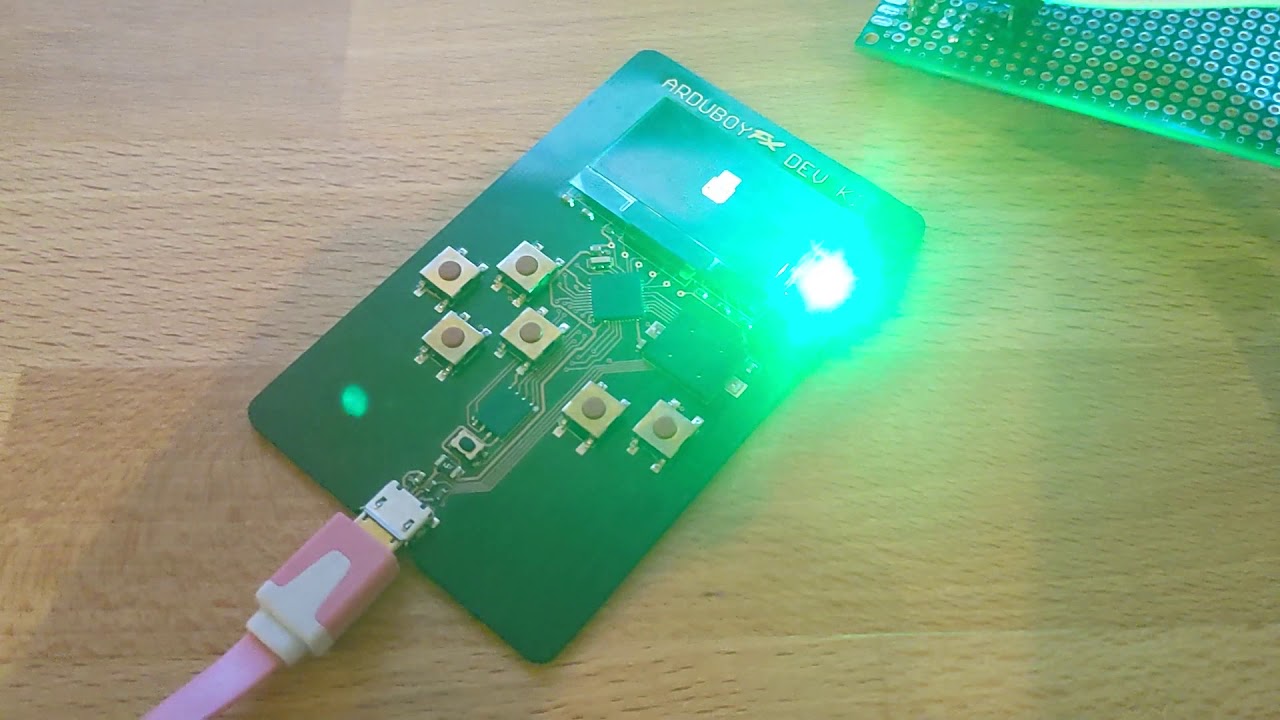 did you get a different type of RGB LED or is it wired differently?

I think we talked about this before, same thing happened on the other FX dev kit, I think my LED is either backwards or just different. I don’t know they are always a problem for me.

I think my LED is either backwards or just different.

You should include the Arduboy2 library’s RGBled example sketch on the flash chip for testing.

I can’t remember the name of the app but @crait has something that tests everything really nice about your Arduboy. Too many games for Arduboy… FX will be a revolution! There will be a “Apps & Tools” category.

ArduboyAssistant.hex Arduboy Assistant - v1.1 Arduboy Assistant is a program that allows you to manage an Arduboy’s EEPROM as well as test several hardware and software components. I hope you guys find it useful!

If Steve Jobs were still alive, he’d be drinking my salty tears.

I’m excited for this! I think I will end up trying far more games with them all on one device. Easy game swapping was the one feature I really missed on the Arduboy.

I guess an SD card was never really an option considering how slim the Arduboy is (plus the prohibitive costs of creating a new injection molded case?), but this has almost all the benefits without the risk of losing/breaking an SD card.

Is there any information on how loading games onto the mod chip works? I’ve ordered one and it’s a while until it arrives, but if a description already exists I would be interested to read it.
Also, would it be possible for a game to load data from the FX mod chip outside of its own standard allocation?

This is the method now for loading new games on the external flash:

We are hoping to eventually make it even easier with a drag and drop interface to select your games, but for now you prepare a CSV file and a python script creates the .bin file that is transfered to the external flash.

Games can load data from the external flash too and was hoping to seed some development of that with project falcon but nothing took hold.

I did some live streams and unfortunately the videos are gone, but you can use the example sketches by @Mr.Blinky to make it happen. I was able to pull over 100 8x8 images from flash memory and draw them overlapping EACH FRAME with still good FPS. So each sprite can even be a movie if you were to adjust the memory address each frame.

This thread will be for beginners who want to learn by example, modifying others code to learn how the library works so far. For this example I’ll be using the bouncing balls demo from @Mr.Blinky posted here: The goals for this thread will be: Understand the file structure and tools, how to load an FX game onto the Dev Kit Basic understanding of the library functions within the sketch How to modify and create new assets within the external memory bin file (how to change and add sprites) …

There is a potential to create a game that actually uses all of the 16MB of data for game content, in fact I really hope someone does one of these days. You could have a full story RPG with tons of items, music, and even cutscenes.

The flash memory can be written to within the application as well, so storing massive amounts of user data (user maps) is also possible.

Its not super easy as writing arduino code because you have to address all of your memory instead of just letting the compiler do it, but the functions that exist now take a lot of the heavy lifting out of the way.