What is this? An arduboy word processor?! [UPDATE 0.2]

Here is something you probably never expected, an arduboy word processor

Screen Mirroring Guide / How To Screenshot Your Game Guides

What Is Screen Mirroring? Screen mirroring is displaying the Arduboy’s screen on your computer’s screen. You can do this to take a screenshot or video of your Arduboy game! How Do I Do It? Some games include the functionality already coded into them, such as Circuit Dude. Just turn on screen mirroring and connect your Arduboy to your computer using the USB cable.You’d also need a program that can display the screen on your computer. • For PC, you can use the latest version of the Arduboy Manag…

You can scroll through the document by selecting the arrows (the right most button)
and then press A when you want to return to typing! 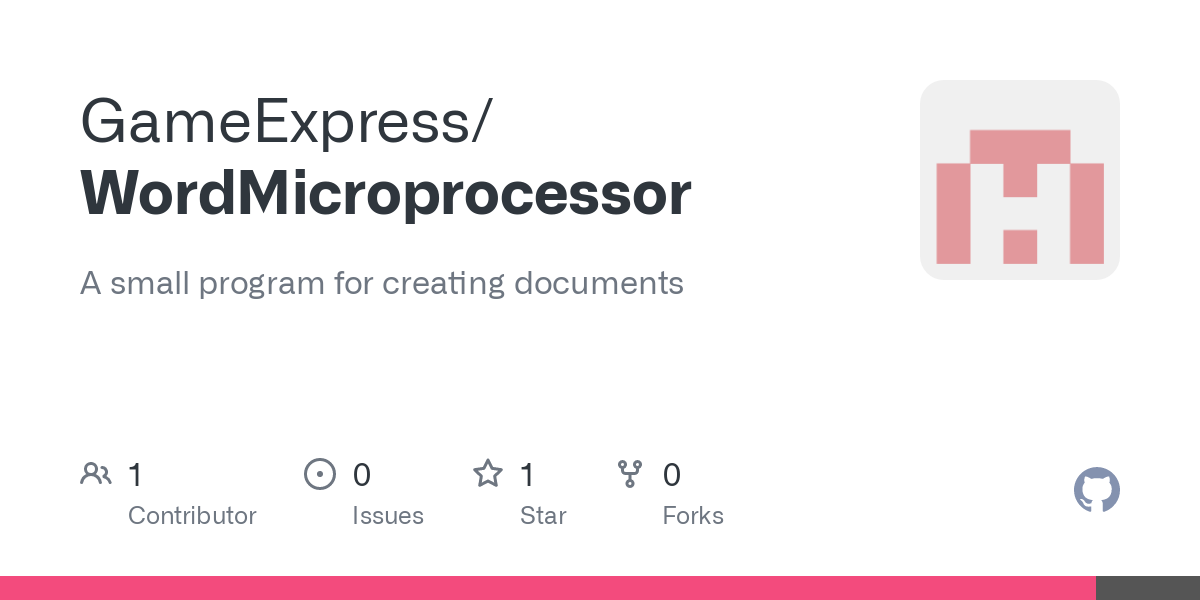 A small program for creating documents. Contribute to GameExpress/WordMicroprocessor development by creating an account on GitHub.

This program is still a demo, there may be bugs.
If you find a bug, please report it to me by replying to this post!

By the way, you don’t need to zip before uploading to Github.
Github offers the ability to download all files as a .zip.
In fact just uploading a .zip instead of all the files kind of defeats the point of Github, since it stops Github from tracking individual file changes.

I’m glad you chose a licence though, licences are good.

? This is crazy but somewhat cool.

lol I did it as promised:

Hahaha, this is fantastic. There are some people on twitter working for an OS within pico8, and they’ve implemented an Arduboy emulator within that. So if they can run your application within their application. This is turning out really well, I think this is how we can prove we all live in a simulation.

Nice! I have this idea of making an arduboy password manager with a companion app,, do some eeprom magic, and write a companion app in python that can read and write to serial with the Serial lib and tkinter.

Someone made one of those before.
Then someone else proved the encryption system being used was weak to plaintext attacks.

The moral of the story: use a well known, widely researched encryption system, don’t try to make your own.

Who would do such a thing?

but who would expect an arduboy to be a password manager?

Anyone who has seen this or this.

Most implementations wouldn’t be as secure as an actual password manager, but it would probably be a fun experiment.

This is insane! And I love it.

When you go into capitals the letter x turns into an n and stays that way until you restart the arduboy.

gotta be one of the least practical pieces of software ever

I love it though, trying different things is great.