What parts to buy for homemade? 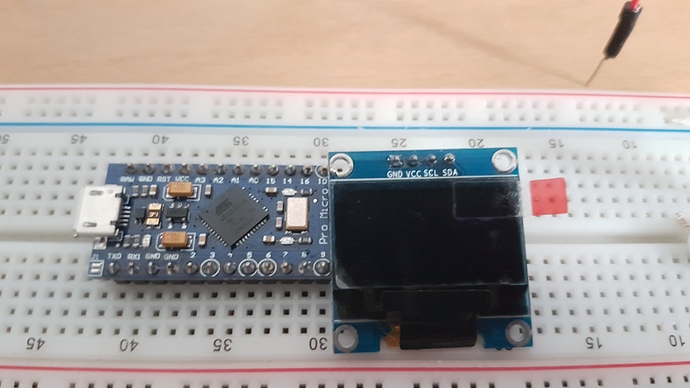 I only have these two components right now so my question is if I should buy an arduino nano or a SPI oled?. I tried using arduboy 2 library but its not working

It appears the screen you have right now is an i2c display not an SPI.

Some other user has managed to port the Arduboy 2 library to support this screen:

Give that a shot!

I used that library with an I2C screen and a Nano, but it won’t work without modifications with the Pro Micro board that you have there. The library is modified for the Nano only. The Nano only has 2 KB of RAM compared to 2.5 KB on the Arduboy and your board.

You will also need to download modified versions of several other Arduboy libraries to compile most of the games you will find on this site. There are matching ports of ArduboyTones and ATMlib, but I am unsure of others.

You will find it easiest if you order an SPI based OLED (more pins), but even there you have to be careful, some are based on different chipsets. Take a look at Mr. Blinky's Various Arduboy Clones for a few that will work.

Don’t let all this discourage you. You’ll run into problems, but it is also fun getting them working. Here is a shot of one I did with a Nano an I2C;

And a more recent build with an Arduino Leonardo and an SPI OLED; 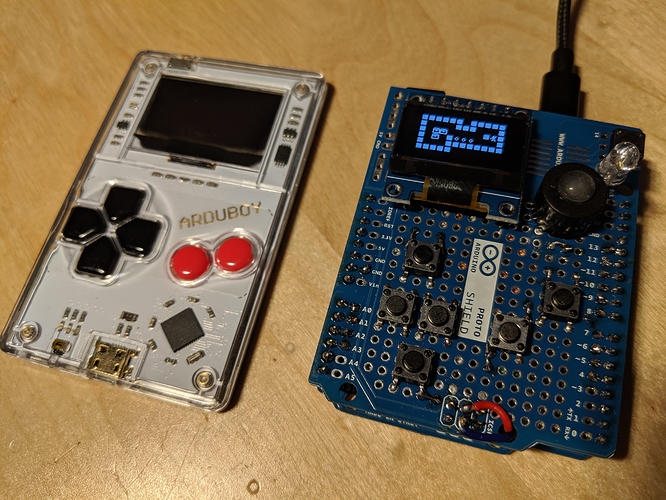 It feels great when you get one working, keep at it.

I’d recommend grabbing ArduboyAssistant. It will help you test your wiring and setup.