It’s too difficult for me.

That’s kind of the problem, it’s too difficult for a lot of people. :P

It’s doable, but it’s quite a bit of effort.

My major is chemistry and I learned programming by myself.

I have no clue what a ‘major’ is but I’m also mostly self-taught.

I hadn’t heard of this. It’s quite strange.
It reminds me of a circuit diagram.I like the old-fashioned UI though.

So maybe we can add message exchange function in new game?

As I said before, you need a computer of some kind in between two Arduboys to allow them to communicate.
USB requires one host device and one non-host device, and the Arduboy can’t be a host. 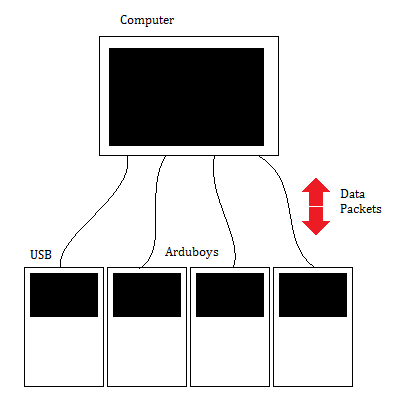 Figuring out what the ‘messages’ should say is difficult.
Getting something simple working isn’t too hard,
but there’s lots of things that complicate it:

but there’s lots of things that complicate it

You also have to decide if you want to allow a network between two or more computers, so the Arduboys don’t have to be at the same location. And if, in this scenario, you also allow multiple Arduboys on any of the computers.

One of them need to be a server, the other a client.

The client can send messages to the server by adding characters after IP or DNS:

From the serer side you can catch the string after the DNS or IP.

The server interpret that the client is going forward, left and shoot.

You find 1000 examples of servers in C#, as client VS2003 and up have integrated http client.

I made a 2 player game which uses the serial port. It requires a host PC or raspberry pi running a python script to relay communication between the two Arduboys.

I have made a 2 player networked multiplayer mod for Catacombs of the Damned! The game is co-op and you can explore the dungeons with a friend. If either of the players are killed, you start back on level 1 You will need: 2 Arduboys flashed with the sketch A computer with 2xUSB ports with Python installed to act as the server To play: Flash the 2 Arduboys with the sketch (flash Arduboy3D.hex binary or alternatively build from source: Source/Arduboy3D/Arduboy3D.ino) On the server…

That’s what I meant by:

And passing the packets over a network adds yet more potential headaches to the equation.

And if, in this scenario, you also allow multiple Arduboys on any of the computers.

Now that’s one possibility I hadn’t considered.
And again, yet more headaches to deal with.

The server can respond with a http plain text:

You probably wouldn’t want to be using HTTP at all.

Generally video games use UDP or TCP for transporting data.
UDP would be good (if the potentially dropped packets and data sequencing can be handled somehow),
and TCP would be slower but probably still ok,
but HTTP is a layer too far - it’s TCP with added overhead.

SCTP would probably be the best transport option because it fixes many of TCP’s issues and has sequencing and dropped packet handling. assuming the larger practical datagram size wouldn’t be an issue.
Unfortunately I’m not aware of any SCTP implementations.
(See also: this transport layer comparison table.)

Having to parse plaintext info rather than using raw binary data would also waste time, though admittedly I expect most people’s computers would make short work of string parsing.

Ummm… LabVIEW is developed for those who can not write code “line by line”. It’s a beginner-friendly program tool and I haven’t used C++ or C# anymore since I learnt this.

The program execution efficiency is not high, but the writing is simple.
I have written a controller for an automatic instrument. The computer sends instructions through RS485 serial. Maybe we could use a special arduboy as the server which contains several serial ports. Or maybe, we could use the one-line serial port just like DS18B20 to exchange “messages”.

You probably wouldn’t want to be using HTTP at all.

I give the http example because is a very very simple implementation for beginners ( several lines of code in Visual Studio C# ), from here everyone can go deeper to study the issue, to communicate between arduboys is not needed to use professional communication protocols, arduboy refresh the screen at between 30 and 60FPS sometime less, a http implementation do the joob very well.

In today era of devices if you are not doing something complex you don’t need to worry about overhead of the http, a raspberry zero will be able to server at least 1000 simple requests /second.

Today are dedicated cheap modules you can use to communicate with an UART interface thru internet, two arduboy’s using these modules can see each other like they are connected directly thru UART ( with a little lag, but… ), I am not sure if they support point to multi point connection.

These days I purchased this device.

Unfortunately I do not have to much time to play with it, but as soon as I have a script or application to run on to fit in this situation I will publish it.

Or maybe, we could use the one-line serial port just like DS18B20 to exchange “messages”.

Are you expecting people to open up the Arduboy and solder to the internal pads to access additional I/O? Most people wouldn’t want to do this just for multi-unit gaming.

The only access to an unmodified real Arduboy is through USB and only with the Arduboy acting as a device, not a host.

Actually, there’s also the possibility of using sound from the speaker or light from the RGB, TX or RX LEDs or the display but that would only be one way, from the Arduboy. You might also be able to receive using light but the two Arduboys would have to be very close and facing each other, so not very practical for this purpose. (OK, maybe you could use an optical fibre or other type of light pipe to separate the two units with optical communication.)

Unfortunately, neither of the speaker pins has analog input capability.

In theory would it have been possible to swap these pins around?

We wanted the speaker to be on pins that had timers associated with them. When I recommended (Arduino) pins 5 and 13 it was because they had a complimentary pair (OC4A), for easily generating a higher volume, as well as a second timer (OC3A on pin 5) for generating separate timer signals on each pin.

Use ADC for keypad, they do not need a higher resolution than 60 check’s/second, you put directions to one input and A-B to another using resistor divisors, this way you save four pins and you avoid the situation where the ADC is between transitions, you do a three stage average to see what keys are press.

You put a service routine to start conversions, and at the other end you translate voltages to bits asserted/de-asserted.

You will lose about 1-2% performance due to service routine execution and increase the power consumption by ~1-2mA if you let the ADC in free running, but, hey, you gain four pins to do anything you want.

You can start the ADC conversion at beginning of every frame refresh, and collect the keys ( process the ADC values and translate ) at the beginning of the next frame, this way you decrease the power consumption due to ADC IDLE state and decrease the execution time.

The ADC keyboard is reliable enough that is used even in industrial equipment.

3.3V is not enough to power two LED’s in series, you free another pin

Maybe on a further project

this way you save four pins

The Arduboy wasn’t intended to be expanded, so there was no lack of pins. Doing this just adds extra resistors and, as you said, slows things down.

I haven’t used C++ or C# anymore since I learnt this.

Maybe we could use a special arduboy as the server which contains several serial ports.

It would probably be possible to use a Raspberry Pi as a bridge.

Ultimately all the ‘middleman’ device would need is:

UDP is also quite simple:

Though admittedly, as I said before, sequencing and other things may complicate matters.

UDP is also quite simple: 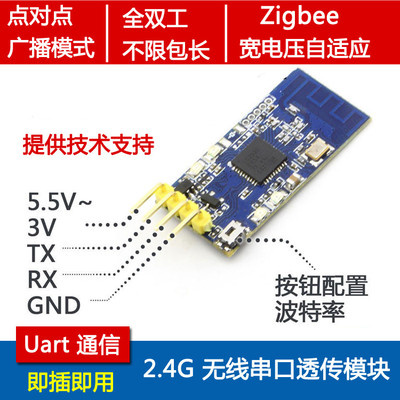 It seems easier than other wireless communication modes. And it just costs about $4.7

There are probably a bunch of better ways you could do communication if you were redesigning the Arduboy or making hardware mods but I was trying to see what could be done with two standard Arduboys without needing to change the hardware.

Got it. I made new PCBs in which through hole LED has been used. It’s different from what is using in Arduboy. Maybe I’ll have a try to see if it works.