WIP HyperPong is a clone of Pong with a twist

I actually just submitted a DDR clone called DDRBOY. I’ve been working on both these games so make sure to look at that thread if you are a fan of quick reflex games!

WIP DDRBOY is a clone of DDR (Dance Dance Revolution) for the Arduboy! Here is a demo of it in action: The game, as of this point, lacks music. It focuses more of reflexes, and your ability to keep up with the buttons. It is super intense and never gets boring because its so addictive! I have the github here so you can compile it for yourself: TODO: add music (leave suggestions on how I should implement this) still thinking about it… let me know! Please report issues o…

ANYWAY, back to HyperPong
Here’s how you play. Instead of trying to score against the CPU, you score points by simply touching the ball.
In fact, you can’t even beat the bot. That’s not the objective!
Here’s the twist: every time you hit the ball against a paddle, the speed of the game begins to increase rapidly. The goal is to see how long you can keep up with the ball! It gets super intense too (or maybe its just me

Here is a demo of it in action:
https://photos.google.com/photo/AF1QipNOKJQTKu4aKww0g3711xULfFD2Zjc4hll4ljY2
my sigh of release is justified; thats my highest score

I have the github here so you can compile it for yourself: 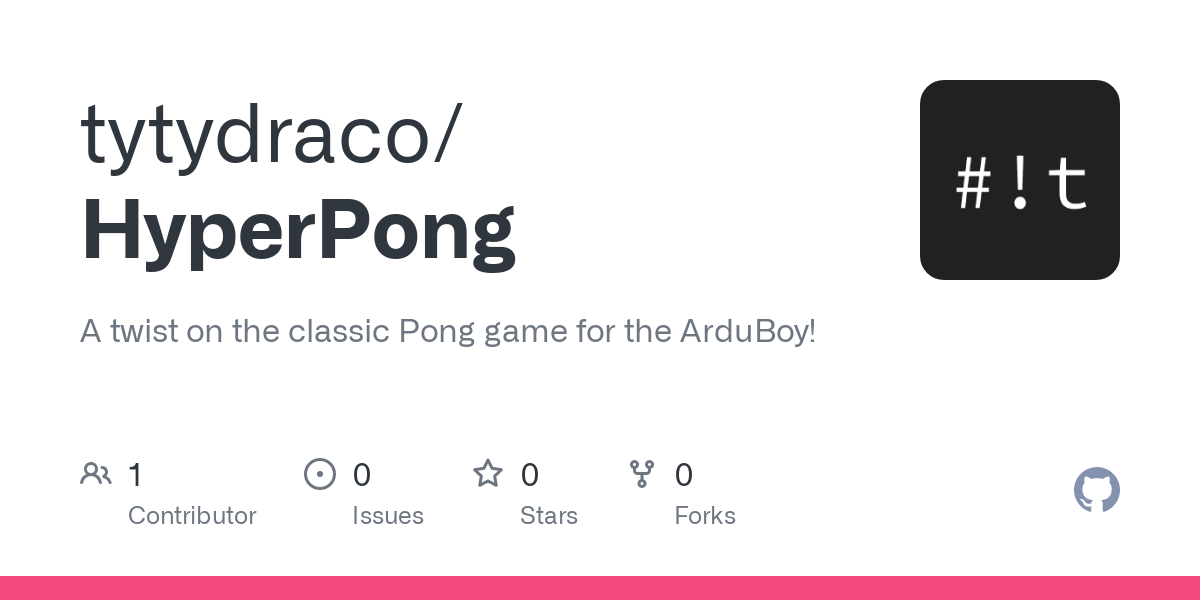 GitHub - tytydraco/HyperPong: A twist on the classic Pong game for the ArduBoy!

A twist on the classic Pong game for the ArduBoy! Contribute to tytydraco/HyperPong development by creating an account on GitHub.

Please give me some suggestions, I think this will be really fun to release

Pretty simple at the moment but has potential.

It’s good to see the code isn’t writing directly to the start of EEPROM and is shifted down a bit.

A few stylistic issues here and there but generally the code is quite good.