Thanks @MLXXXp. I’m definitely in the mood for Muntzing with this design so I won’t include an audio amp. I decided to test something basic and it seems to have worked. I took an Arduino M0 and got it playing a short tune using the tones() library (on repeat - I have almost gone potty listening to it). Having read around a bit my main aim was to control the voltage peaks so that the headphone line voltage would result in a) no damage to headphones and b) acceptable volume - not too high for my children but still decent.

Some of the reading suggested using a series capacitor: 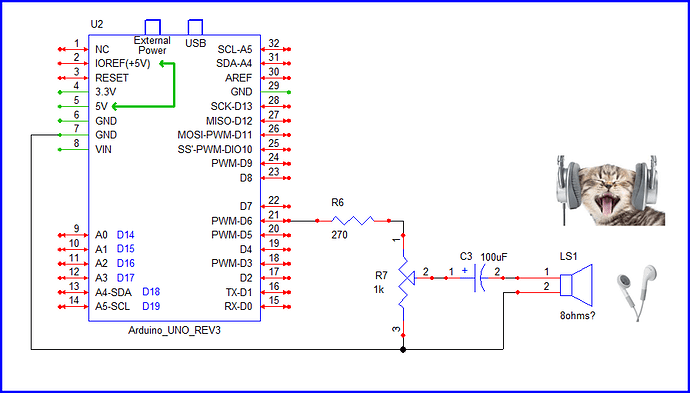 image897×511 51 KB
I haven’t tried this but am open to the idea. The high series resistor value in my design means I don’t think the absence of a capacitor is a significant issue as even if the pin were left high, the leakage current would be less than 0.5mA.

As I was playing with the voltage divider idea, I thought about how nice it might be to have software controlled headphone volume, so that I could get rid of the need for a nice wheel potentiometer. So I have comandeered two unused GPIOs to act as high impedence inputs or grounded current sinks, thereby varying the line voltage and resultant volume. I have tested this with some standard Apple earbuds and I have three voltages/volumes available. I will probably set volume to medium as default and perhaps add a momentary push button to cycle through the three modes. This can all live in a separate library or become part of the Arduboy2 SAMD port, depending on whether people want headphones and volume control via software.

Just playing with component positions here - no traces yet. 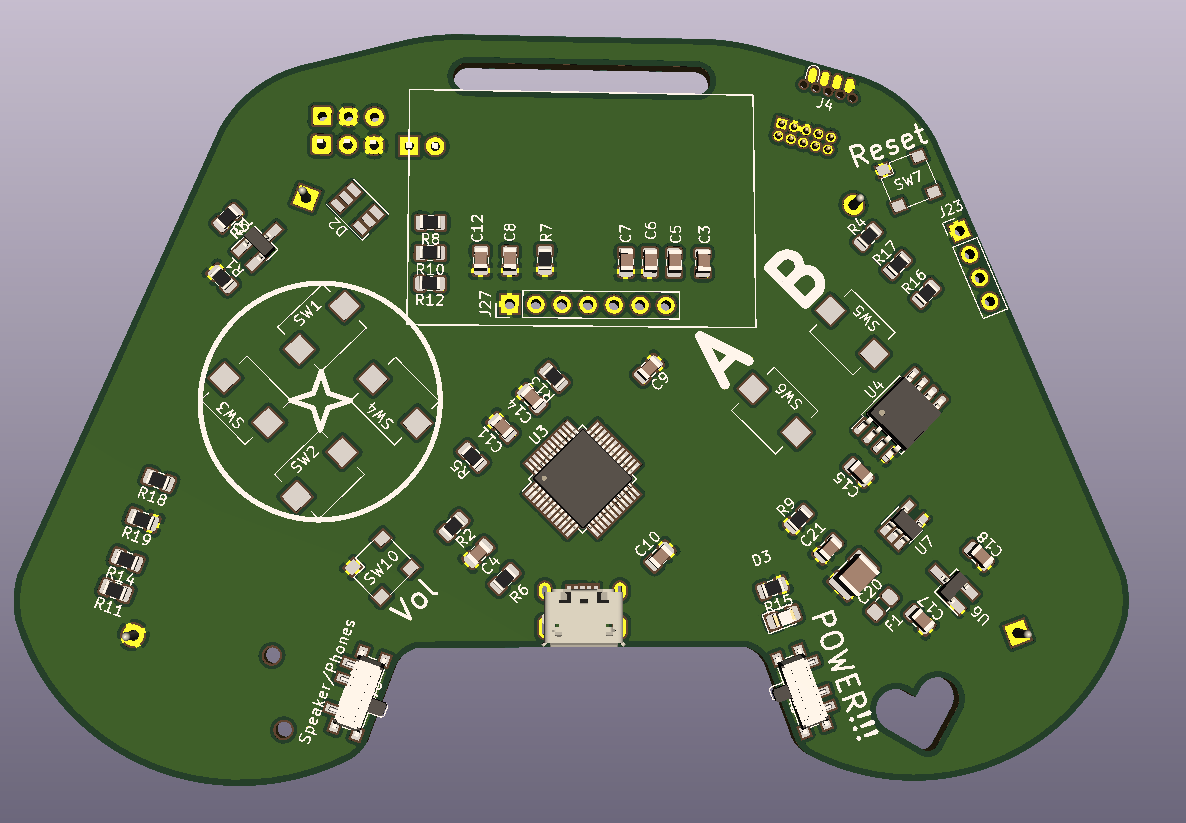 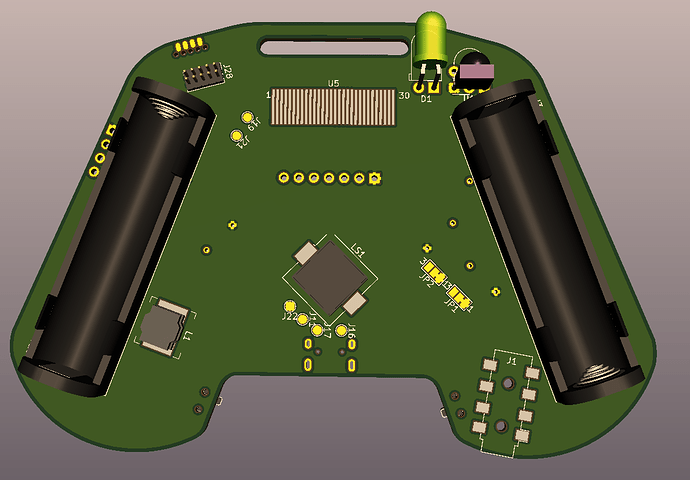 image1190×829 77.7 KB
The battery holders will hopefully contribute to the ergonomics. Speaker, inductor, IR LED, IR rx, 3.5mm jack and SWD header are all on the rear, as they take up more height than other components on the front (apart from the control buttons which are supposed to sit proud of the other components!). I’m thinking of sticking the OLED on top of the passives, using double sided foam tape and maybe some kapton for insulation if needed. The slot at the top is for the oled flat flex.
5 Likes
Pharap (Pharap) February 14, 2020, 6:17am #103

The battery holders will hopefully contribute to the ergonomics.

And failing that they might make good hand warmers. :P

Probably best to put the OLED onto flat pcb, the glass is really fragile and does well with a rigid backing.

And failing that they might make good hand warmers. :P

Now moved the components that were under the OLED to the rear and have routed (messily). I think this will do until I can actually bring one up. 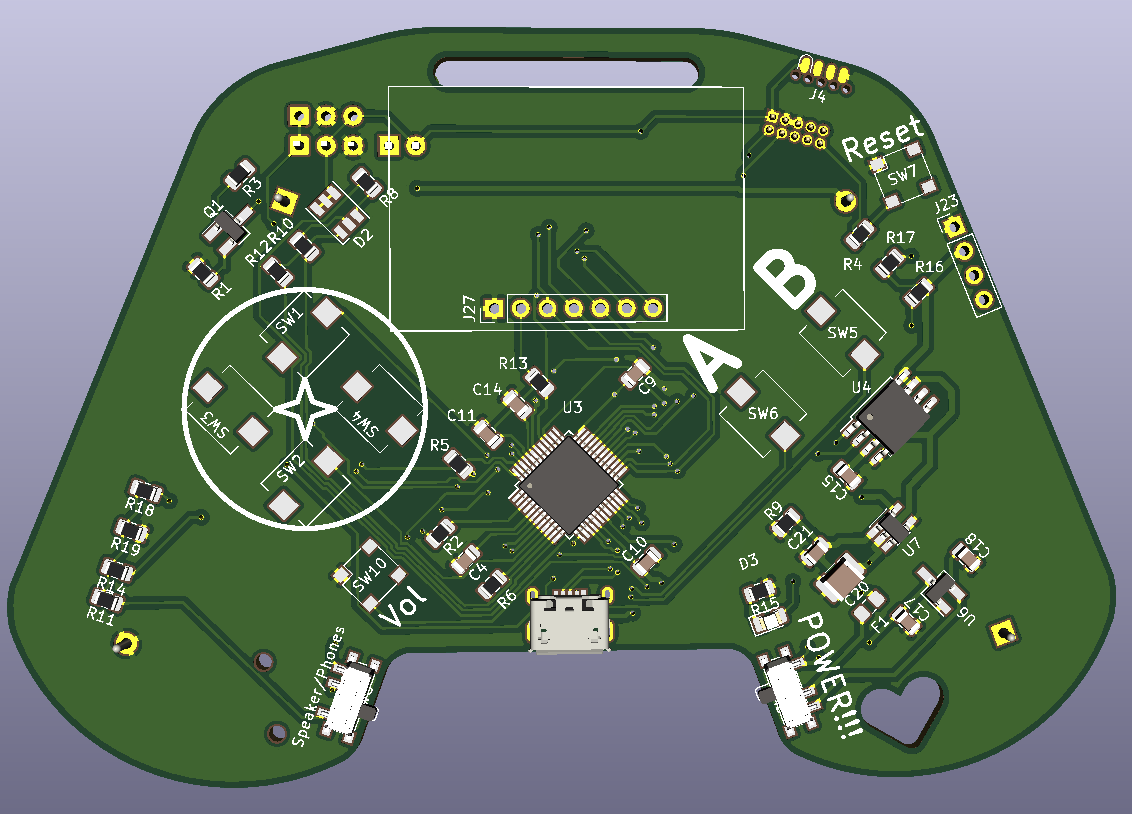 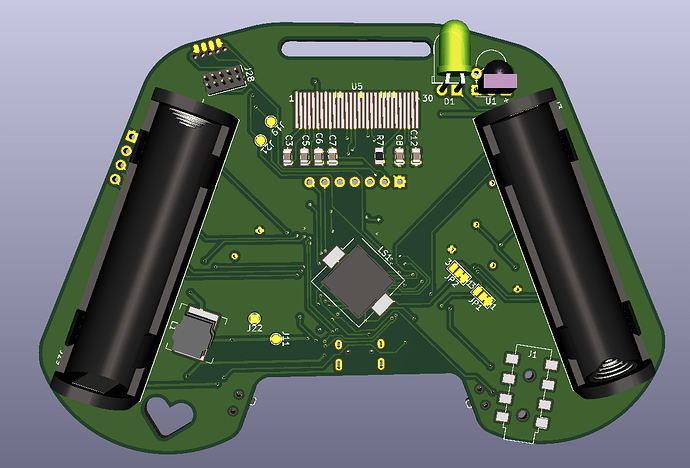 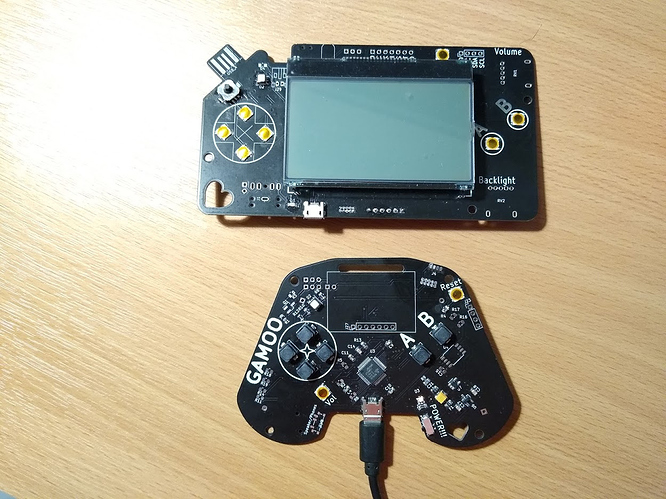 Does this mean you’re keeping the ‘gamoo’ name? :P

Says the man who set this message through at 3:30am local time.

Exactly, @SimonMerrett and I share a time zone.
(I’m presuming he isn’t stuck abroad, of course.)

Does this mean you’re keeping the ‘gamoo’ name? :P

Well I was put off “Ardugirl” by several things, not least that I wanted my son to think I’d made it for him too. And you were so complimentary about “oomoo”

I’d have less trouble sleeping if I had less trouble soldering, hunting down bootloaders and accidentally desoldering components on the back side of the PCB!

not least that I wanted my son to think I’d made it for him too.

Exactly. In my opinion that’s real inclusivity right there.
(I.e. just avoiding a gendered name in the first place.)

And you were so complimentary about “oomoo”

If anything, I simply thought it was quite a refreshing change.

I’d have less trouble sleeping if I had less trouble soldering, hunting down bootloaders and accidentally desoldering components on the back side of the PCB!

I know exactly what you mean.
It’s so easy to get caught up in a task when you’re determined to do well,
regardless of how many setbacks you encounter.

Oomoo is better name than Arduboy

You can turn it upside down and get oowoo as well.

I am thinking of getting custom plates for my '69 Mini. ‘69 MINI’ is gone but I can get ‘INIW 69’ and I would make a sticker that says ‘if you can read this I am upside down’. 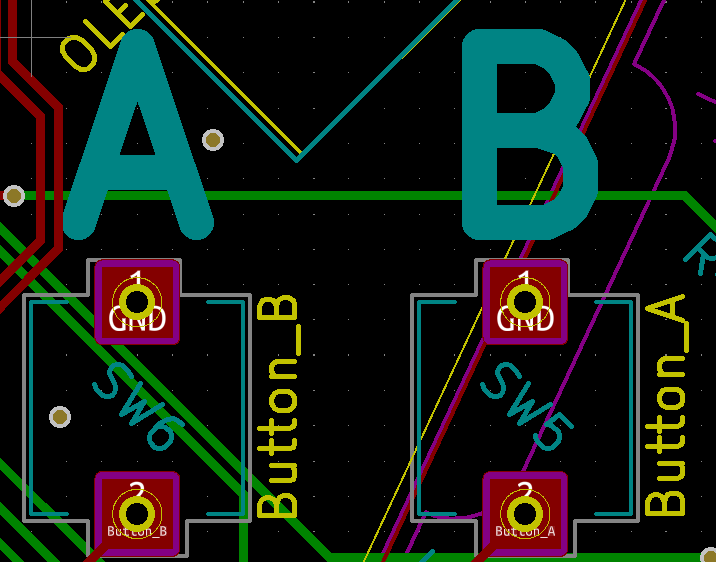 On the plus side…

Is it just a misprint or are the buttons flipped around?