This is the game I’ve been working on for the past couple of weeks. Nowhere near ready for a real demo but it’s looking decent already.

Very cute! I love the look of it! Keep at it, dude!

It’s still buggy as hell but it’s playable at least. And winnable 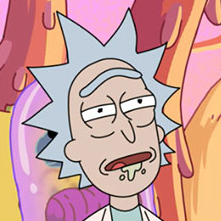 New video of the new features (Sorry about the quality…):

You should incorporate the screen mirroring feature so that you can screen capture the game!

I did not know that was a thing, sweet. I’ll try it out. I’ve just added enemies so I need to upload a new video anyway.

Latest video, it’s really coming on. I couldn’t get mirroring to work, but I’ve figured out the optimal lighting conditions. Check out the game on github! (Taking feature requests/ideas as I’m still in early days)

Love the videos, really does add to the “atmosphere” you have in game. And feels very nostalgic to me too, my old monochrome analog black and white TV… I should have kept it.

Edit: Just tried out the latest and wow! Nice work! Love it so far, like the darkness, the rain, the flickering lights, very “noir”!

Perhaps you can tweak the jump action, as in make it such that you need to press the jump button again for another jump, instead of being able to hold the button and our hero just keeps bunny hopping? And in keeping to the “noir”-ish theme, how bout the baddies looking creepier? To me the big pumpkin isn’t scary enough

Thanks! That’s not a bad idea about the jumping. I’ve been thinking about adding a cooldown for jumping and also implementing the pollButtons methods too, so I might do that before anything else.

I’m quite pleased with how these bad guys look and I’ve just added a kind of death animation that I think is quite nice. Angry potatoes is how I’d describe them

. I was planning on having another type of enemy though, something smaller and with different behaviour so I’ll keep that in mind when I get around to designing them. Noir. I like that idea.

Right before the arduboy.display(); line of code on line 75, add this:

I would put the screen mirroring code within conditional tests, so it’s easy to only enable it when necessary:

Near the top of the sketch:

Nice. That’s a good idea, I didn’t know you could do that. I’m new to c. I’ve got a bit of really basic java under my belt, enough to get by and I’ve learned about structs from reading the mystic balloon source code. I might use that.

It was actually the software on the PC. I couldn’t get it to run. I didn’t have time to install chrome to try the extension either. I’ll try again for my next capture.

Just wanted to say how great I think this game looks and plays, even now. Especially the walk cycle and ghost flight after dying. Lol! Keep up the good work!

Latest update for anyone interested. I’ve added a second level type. I figure to break things up I’d put in a pang clone bonus level between platforming levels.

I am at 99% of flash now though. I need to start working on compression and trimming fat next. If anyone has any suggestions there, I’m listening.

It does look like my initial ideas about the scope of the game will have to be revised down a little but that’s OK. That’s when you get creative.

(by the way, to complete the level you have to collect all the coins first)