Yet another ESP8266 port of Arduboy2 lib. Specially for ESPboy

want to re-port the games with ArdubiyPlaytune lib to restore music
but as i see, only Rayne the rogue uses this lib from the gamelist

The solution is to add two lines before #include of all other wifi libs) in ESPboyOTA.h

Thanks for fixing this issue which has been bugging me for the past month.
Now I can compile the ESPboy Arduboy2 libraries and use the OTA firmware download over WIFI to down load the many games on the Appstore.

Looking forward for your work to get microPython works on this as well.

Any one interested can watch one of my videos. 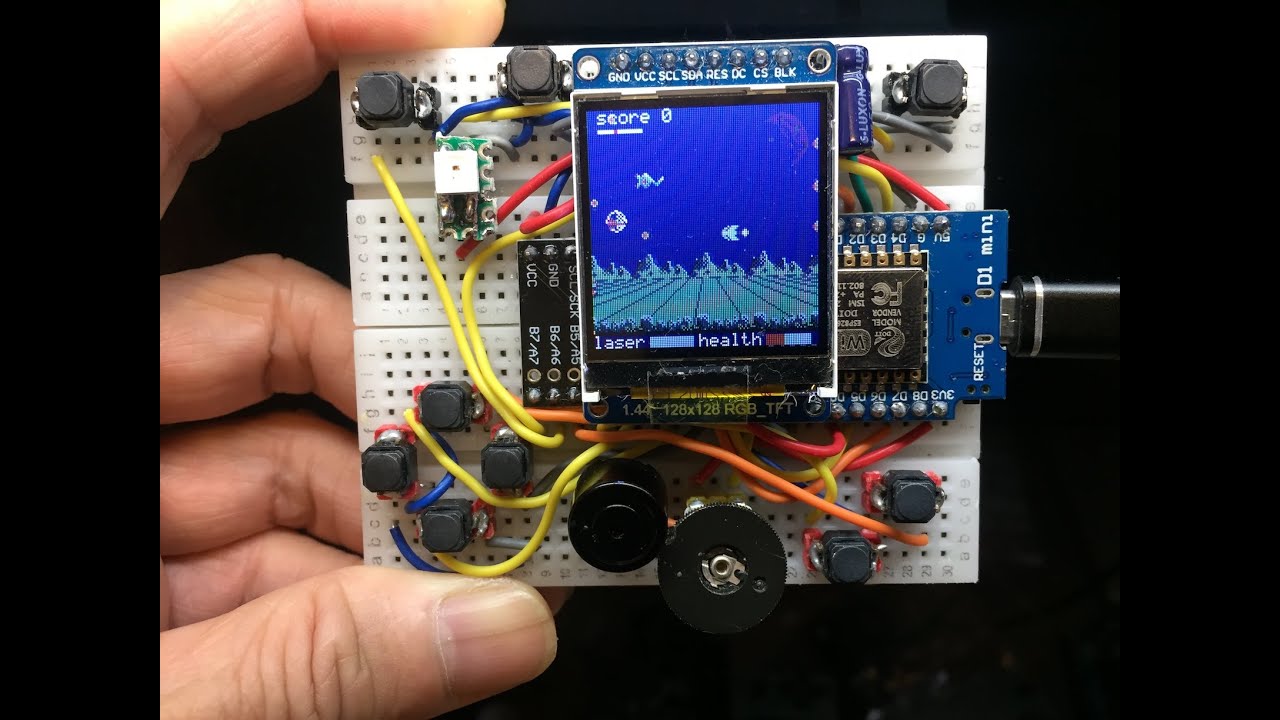 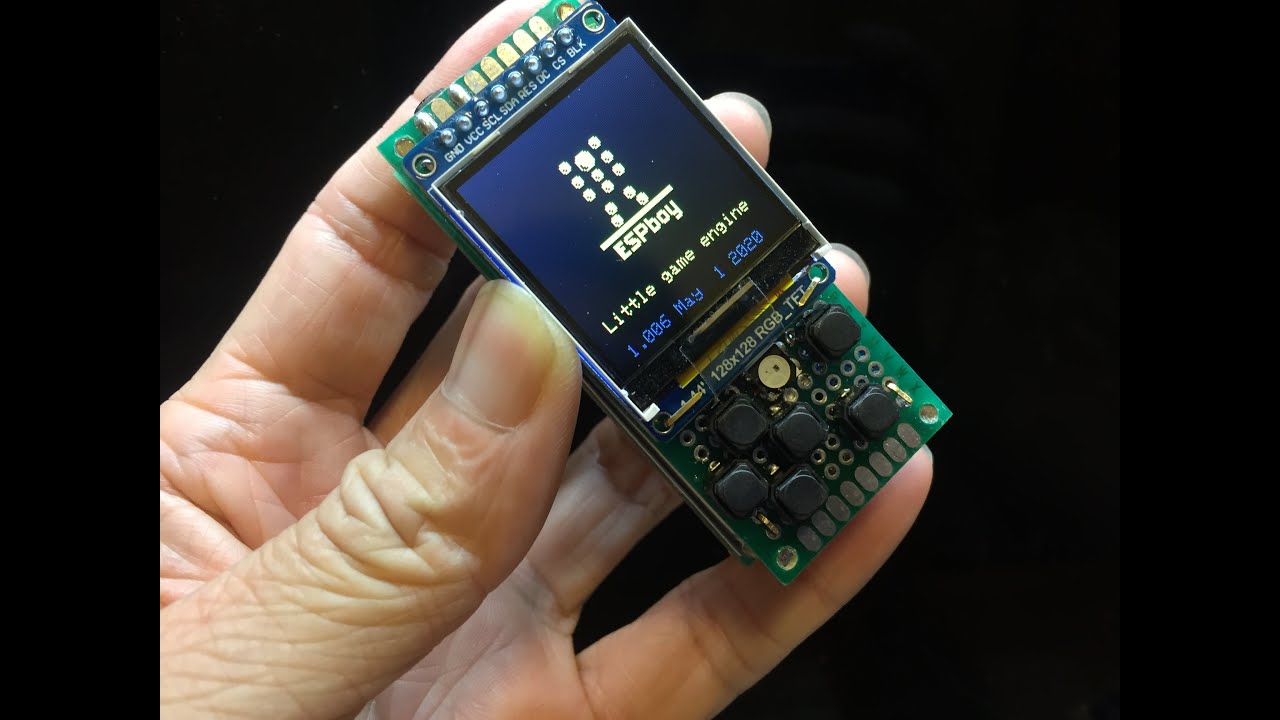 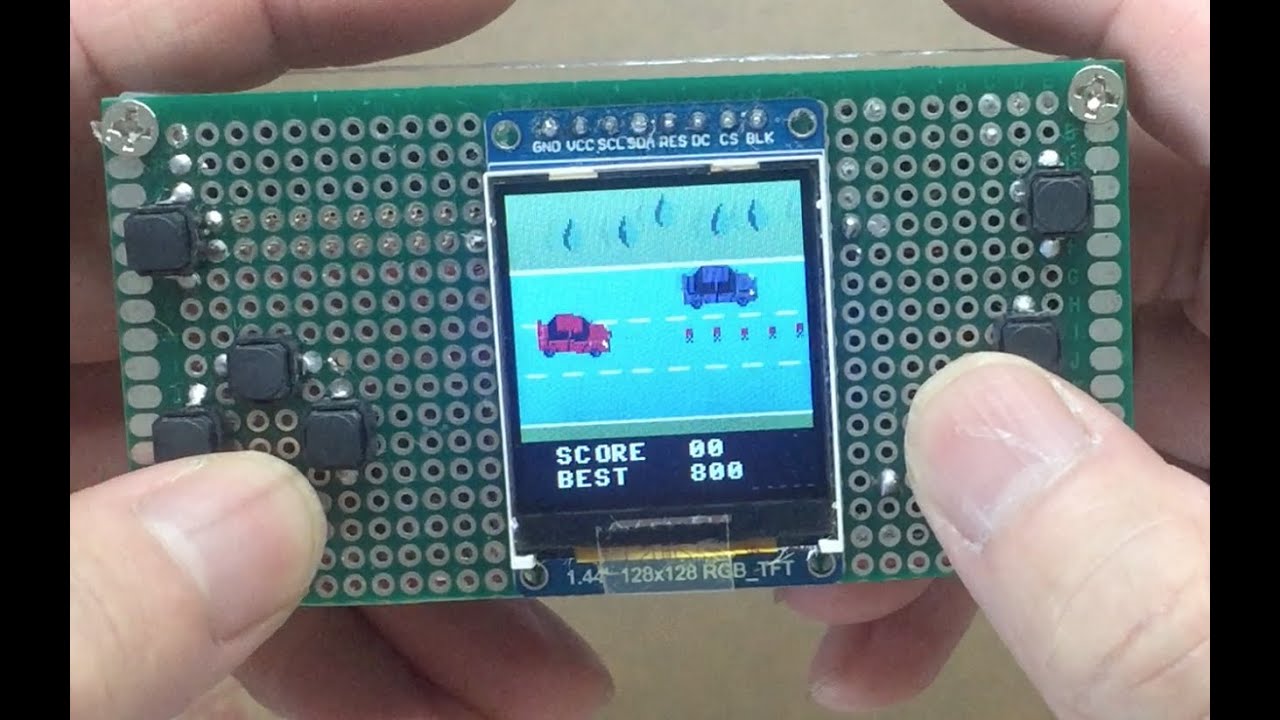 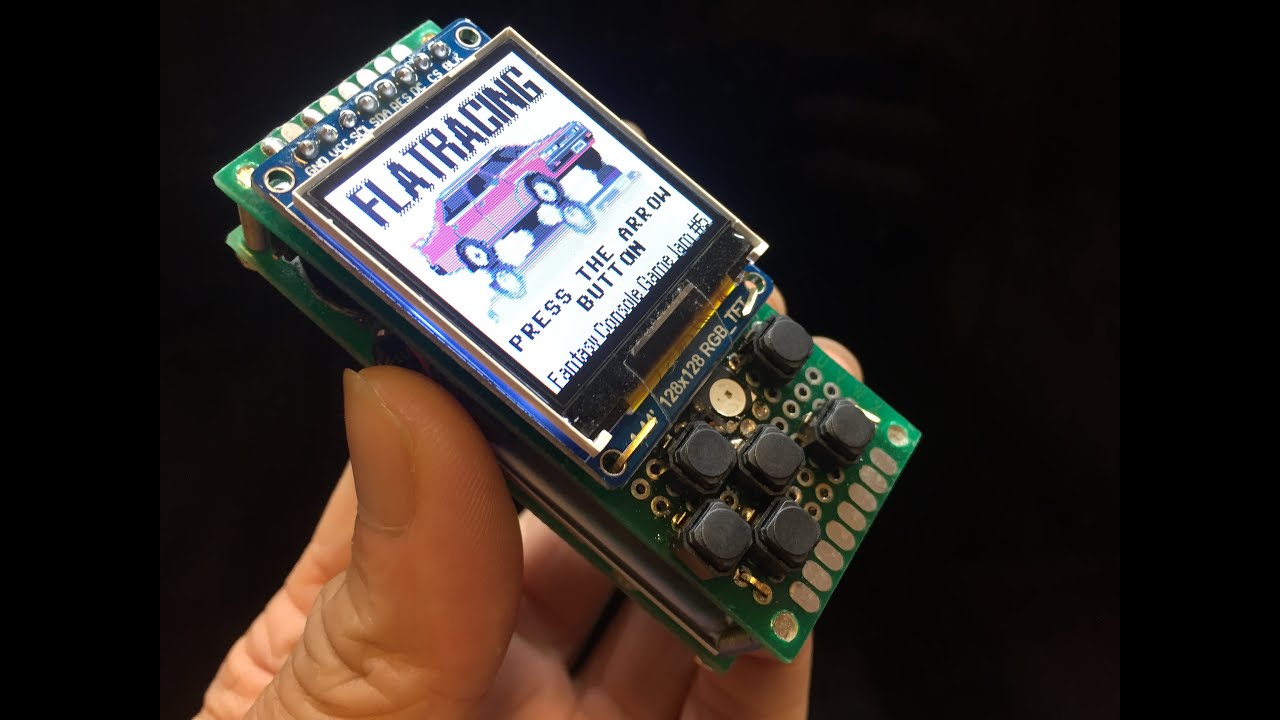 The list of Arduboy games ported for ESPboy for today:

Great list and now, we have to be able to play between ESPboy and Arduboy via a quick, cheap and easy way (bluetooth ?) else with usb-C cable (Micro USB Audio and Link Cable) ? Solution of James Howard: (Why not making a LAN game？) jhhowardJames Howard

I made a 2 player game which uses the serial port. It requires a host PC or raspberry pi running a python script to relay communication between the two Arduboys.

I think it’s could be cool to decide for an “universal” method of communication between cool console like Pokitto, Gamebuino META, Gamebuino, ESPBoy, Odroid and of course Arduboy.

Very cool to see this! Reminds me of the ODROID GO (not yelling. It’s how they spell it).

In 2018, we ported Evade2 to it and also ported LibXMP for music and SFX. Lmk if you want access to that code base

I’ll think about LibXMP source code but ESPboy uses ESP8266 and Odroid Go ESP32 but it’s not a big problem.

Is there a version of evade2 for arduboy that uses the ArduboyPlayTunes library for tunes and not ATMLib2?

I would like to port this game too, and I don’t want to turn off the sound, cause porting of ATMlib2 is too much time consumption thing for only two games and ArduboyPlayTune already ported

A few Press Play on Tape games in that last batch!

It turns out that it is possible to update the firmware of the microcontroller through a web browser without additional software, using the WebSerial API Web Serial API - Web APIs | MDN.
The demo page allows you to upload to ESPboy some Arduboy games and games of other systems as an example. ESPboy AppStore Demo 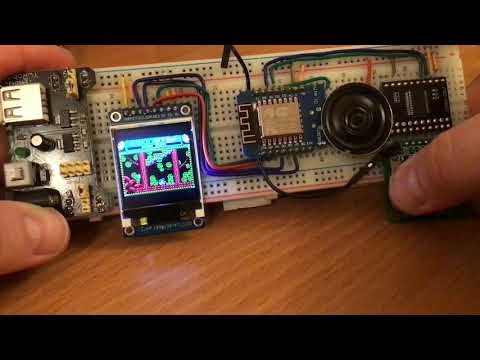 Where can I find the source for the ports, or do they literally compile exactly as-is with 0 changes?

What’s the deal with Arduventure? I know they made a big deal about the story, graphics, etc… did you have to get special permission to port that - or is it OK because it was ported “without changes”?

Usually, games require some adjustments to run on the ESP platform, but the game logic remains original. This is mainly due to the differences in 8/32 microcontroller architecture and differences in compilers and libraries.
My approach is that I port these games with the sole purpose of allowing more people to get to know them, feel the joy of playing them, or learn something by looking at the source code and there is no goal to make profit or profit from it. And of course, porting is quite fun from a programming point of view. On several games with a proprietary license, I’ve asked permission from the authors. For the most part the answers were positive, but sometimes there were no answers. But I decided to just do it and if any of the authors are against it, it’s easy to say so and I’ll remove the game from the ESPboy repository in a minute. Regarding Arduventure I didn’t have the knowledge to port the music playback library. So the game is ported with the original logic but without the sounds. I might be able to fix that later. As far as I know, the author of Arduventure – Team ARG no longer exists and it’s not even clear how to get permission from them to port.
But so far I haven’t received a single request to stop making ports or to remove a particular game from the repository. And I think that’s great.